Doris Long never married or had any children, and instead dedicated her life to education. She attended the Boxeley Institute in New York before getting her bachelor's degree in English Honors from Barnard University in 1910. She also obtained her master's degree in social work from Columbia University, and studied at New York University, Smith College School for Social Work, and Oxford University while working towards her degrees.

While living in Brooklyn, New York, Doris Long took part in the suffrage movement in 1913. When anti-suffragist Marjorie Dorman challenged the suffrage movement, Long was one of the women to respond with a long list of names of educated people that supported women's suffrage throughout history. Other suffragists replied as well, including Ella Wheeler Wilcox, Harriet T. Comstock, and Amy Wren.

Long's education eventually led her out of New York and into Pennsylvania, where she worked as the dean of students at Lebanon Valley College in 1915. While she was there, she began working with the other suffragists in the area. She was the local organizer in Lebanon County and was credited with much suffrage progress in the county. She agreed to set up a debate on women's suffrage against Mrs. Horace Brock, the president of the Pennsylvania Association Opposed to Women Suffrage in October 1915, days after the Liberty Bell made its way to the county where Long was in attendance to celebrate its arrival.

Long worked at Lebanon Valley College for one school year before returning to New York. In 1921, Long co-wrote a book with Dorthea H. Scoville titled Safety for the Child: A Practical Guide for Home and School. Long was active in the Red Cross in 1922 in Rensselaer County, New York. She continued to work as a school psychologist in Brooklyn afterwards. Overall, Long worked to better the lives of others through her work as a suffrage leader in New York and Pennsylvania, as well as through her work with the Red Cross and as a school psychologist.

Doris Long died April 26, 1937, at the age of 47 from a cerebral hemorrhage. She is buried in Kensico Cemetery in Westchester County, New York alongside her mother, father, and brother. 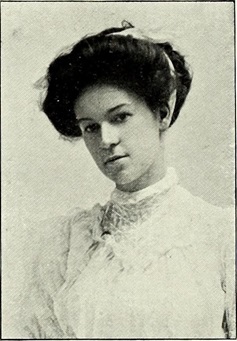