Elizabeth Yonge Logan was born on August 23, 1872 in New Orleans, Louisiana. Her parents were Samuel Logan and Mary Virginia King. She married James McConnell, Jr., a well-known New Orleans resident, in November 1890, when she was 18 years old. They had four children: James Neilson, Samuel Logan, Margaret Neilson, and Richard Bland McConnell. According to the school's yearbook, she attended Tulane University in 1908.

In 1900, the National American Woman Suffrage Association's (NAWSA) new president, Carrie Chapman Catt, made an unprecedented decision to recognize a singular club, "The Era Club" in Louisiana, as a State association. The Era Club would be the only suffrage club in Louisiana to be recognized by NAWSA. Several newspaper articles recorded her attendance and contributions at various suffrage events. In 1904 McConnell was appointed vice-president of The Era Club, and she remained on the board until at least 1913. Under McConnell and her colleagues' leadership, Era Club members sought to appoint a woman to serve on the Louisiana Board of Education.

McConnell attended the convention of the National American Woman Suffrage Association. Furthermore, in 1903 Mrs. McConnell was appointed to a committee overseeing the juvenile court. McConnell donated $90 to the Prison Reform Association. In the Shreveport newspaper The Caucasian, McConnell and her colleagues wrote a response to a Louisiana man who had criticized the suffrage movement in Louisiana. McConnell and her colleagues responded, "You state in your letter that 'in Louisiana woman's word is law,' then her lack of pride and sense of justice is pitiful indeed when she allows herself to remain classed with the idiot, the insane, the criminal and the minor. If 'in Louisiana woman's word is law,' why has she no legal control over the child she has borne?"

Mrs. McConnell was part of a prominent New Orleans family. McConnell's father-in-law, James McConnell Sr., was a lawyer involved in the establishment of Tulane University and Sophie Newcomb College. Mrs. McConnell died in 1941 in New Orleans, where she was buried.

Records at the Louisiana Research Collection at Tulane University include McConnell's correspondence with her mother, grandmother, and aunts before her marriage, when she traveled around Europe. Newspapers such as The Daily Picayune often noted her family's travels in the society section. 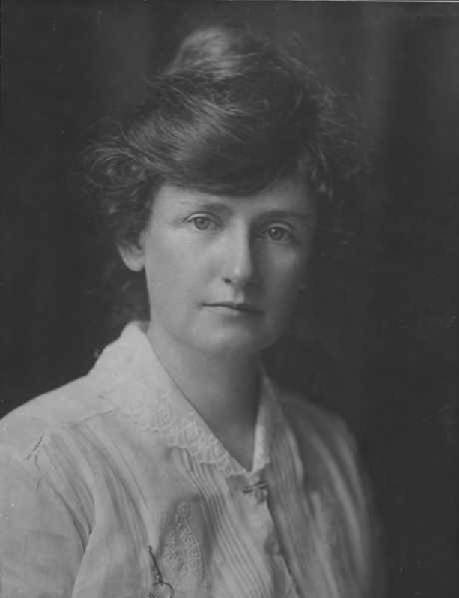