Clara Hapgood was born on January 15, 1839, in Fitchburg, Massachusetts. Her parents were John Hapgood and Mary Ann Hosmer Hapgood, and she had seven siblings. Her family eventually moved to Acton, Massachusetts, where she attended school. When Clara was young, she was often ill and unable to attend school continuously. When she was back in good health, she continued her studies at Pierce Academy in Middleboro, Massachusetts, Appleton Academy in New Ipswich, New Hampshire, and State Normal School in Framingham, Massachusetts. Once she graduated, Clara became a teacher for schools in Acton, Marlboro, and Danvers.

On January 1, 1869, Clara married Frederic Cushing Nash, a lawyer from Columbia Falls, Maine. They had a son in 1874 named Frederick Hapgood Nash, who also later became a lawyer. Shortly after her marriage, she began studying law in her husband's office. In October of 1872, Clara was admitted to the bar in Maine, establishing herself as the first woman to be admitted to the bar in New England. She practiced law with her husband in Washington County and Portland, Maine. Soon after entering the job, Clara stated that before a day has barely passed, her anger was aroused when she was reminded of how the law regards women as insignificant and "its utter disregard of her rights as an individual". A year after being admitted to the bar, she supported women's rights by leading a suffrage petition drive out of Columbia Falls. In 1881, Clara moved back to Massachusetts in West Acton, but Massachusetts did not admit women to the bar. Clara was no longer allowed to be a lawyer while living in Massachusetts. However, she may have privately helped her husband with legal business.

Because Clara could not practice law, she focused on helping the community in different ways. She became the first librarian of the Citizen's Library in West Acton in 1883 and worked for two years without pay. She was also a temperance supporter like her family and she was the secretary of the Middlesex North-West Temperance Union. Clara was part of the Woman's Christian Temperance Union, which became a leading organization in the struggle for women's and children's rights. She was president of the local union branch for 24 years and was later awarded with life membership. 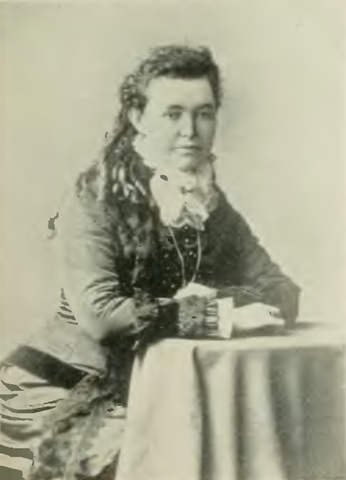 "Clara Hapgood Nash, A Woman of Her Time and Ahead of It." Acton Historical Society. June 17, 2018. https://www.actonhistoricalsociety.org/blog/clara-hapgood-nash-a-woman-of-her-time-and-ahead-of-it.