Margaret Georgina Mackenzie was born on June 8, 1874 in Stillwater, Minnesota. She was the second daughter of Scottish immigrant John Gillanders Mackenzie and his second wife, Margaret McPhee, a Canadian also of Scottish ancestry. John had arrived in America in the early-to-mid 1840's, and both he and his brother served in the Mexican-American War. Before Margaret came a sister, Anne (with John's first wife, Rose Carlan), and a sister Katharyn Isabella. Margaret was called "Ina" by her family, to distinguish her from her mother. Two brothers, Alexander and Frazier, were born in the next few years. In 1880, the family sold their Stillwater property and moved to Montana.

They arrived in Miles City in Custer County during the summer, when Ina was only six. Another brother, Royal, was born in 1883. In April of 1886, Anne married local stock farmer Kenneth McLean, himself an immigrant, whose grandfather had been acquainted with John Mackenzie in Scotland. Although not much is known about Ina during this decade, we do know that she was both literate and a highly adept writer, who kept several journals during the 1890s and early 1900s, however only one of these survives. Starting in 1894, Ina began teaching in the Custer County School District, making her the county's first female government employee. She received her state diploma in May of 1901.

In 1900, she was the only Mackenzie still living with the parents, all three together on the ranch of Anne and Kenneth McLean, who had four children. Having already turned down several suitors, Ina accepted an engagement ring from successful rancher and sheep herder Francis "Frank" Daniel O'Neill in September of 1900. Frank had been born in 1864 in Ontario, the last of six children born to Irish Catholics James O'Neill and Margaret Mary Ryan. The family had moved to Sarcoxie, Kansas in 1867, making them the only branch of the extensive Quebecoise O'Neill family to leave Canada. Frank arrived in Montana in 1885, working various ranch-hand positions until setting up his own very successful business, peaking at 12,000 heads of sheep. Leading into the marriage, Ina was made a delegate to the Montana Sunday School Association's annual convention in Billings. She was elected secretary of the convention and made Superintendent of the "Home Department." That July, she tendered her resignation from the school district after seven years of teaching, and on October 21, Ina and Frank were married at the McLean household. Kenneth did not attend, ostensibly due to an ongoing political disagreement he had with Frank - the prior autumn, Frank ran unsuccessfully as the Democratic nominee for the State House; Kenneth was currently serving as a Republican State Senator.

From 1904 to 1913, Ina and Frank had six children, all of whom survived childhood. Information on Ina during this decade is scarce, as she was often overshadowed by her more politically active relatives. Starting in the early 1900's, Frank's sister Mary Elizabeth O'Neill became a suffrage activist in Butte. Ina's older sister Katharyn, who had been living as a teacher in Utah with Frazier and Alexander (then the editor of the Salt Lake Tribune), returned to Montana with her new husband, Wallace T. Perham, and became an active member of the General Federation of Women's Clubs (GFWC), serving as President during the first World War. In 1913, Frank was elected to the Montana Legislature's 13th Assembly, and as such helped approve a bill allowing a popular vote on woman's suffrage in the state. Both Mary and Katharyn campaigned extensively for the ratification of this proposal. Ina was listed in The History of Woman Suffrage, vol. 6, as one of the women "especially active in the campaign." This occasion is the only reference found thus far to Ina's suffrage activity.

Ina received multiple land grants in Custer County via the Homestead Act, all under her own name. Leasing some nearby land to the county's school district, Ina helped establish the Trail Creek School in 1916, half a mile from the O'Neill ranch. The O'Neill and Mackenzie families were heavily involved in the district's affairs, with Ina serving as the school board's clerk from April of 1916 onward, and with Frank and Ina's brother Royal acting as trustees. In 1919, Ina was removed from her position due to an alleged disturbance, which Royal and Frank defended her viciously for. She was reinstated in April of 1920, but retired from that position in 1922. Three years later, frustrated by the long journey required to collect mail from the Mizpah Post Office, the O'Neill's filed a petition to establish a new office on the ranch. The request was approved, and in 1925, the O'Neill Post Office was established with Ina as postmistress. She served dutifully in this capacity for almost twenty years, joining the National Association of Postmasters in May of 1939.

When Frank died on May 7, 1943, Ina was understandably distraught, later writing in her memoirs, "through all the forty two years [we] were together, he never failed [me] in any way". Because Frank had no will, the ranch under Frank's name was not legally transferred to Ina, and instead divided among her and her children. The post office was closed in 1945, and the ranch was sold. Two of Ina's children were living in Woodinville, Washington, while sister Katharyn was living in Seattle. Ina's son Thomas and her daughter Frances's husband G. Arthur Nelson built her a small house on the Nelson property, and Katharyn brought her to Washington in February of 1947. Ina would occasionally travel with Katharyn, who remained a member of the GFWC, and was still attending yearly conventions until her death in 1952. By 1955, Ina was living in a trailer home outside her daughter Peggy's house. She became ill on Christmas Day and was quickly hospitalized, but died two days later on December 27, 1957. She is interred at the Acacia Park Cemetery Mausoleum in Seattle. 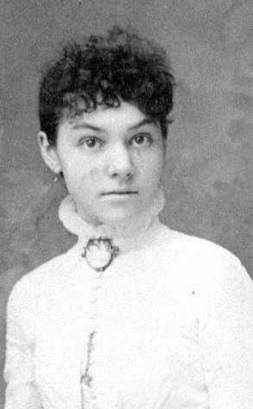 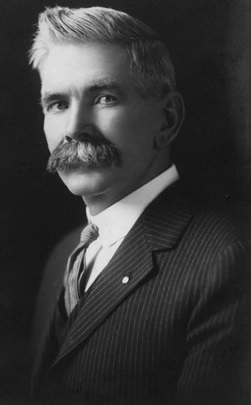 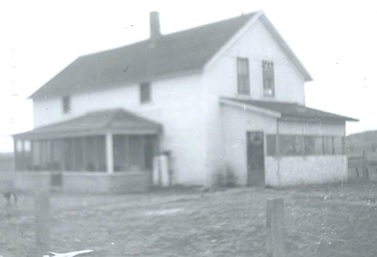 Photograph of the ranch house in 1954, though it is no longer standing today. Frank is buried on nearby land, as are his mother and one of his brothers.

O'Neill, Margaret Georgina Mackenzie. "Diary of Ina Mackenzie, 1900-1902," shared with the author of this sketch by Ina's living grandson (through her daughter Frances Aileen), David Nelson.