Minerva Brooks moved away from some of her suffrage work around 1915, when she and Charles began working to create an Art Theatre. Together with the help and direction of Raymond O'Neil, they designed the Cleveland Play House and embraced the motto, "Art in Democracy." Minerva Brooks was elected the secretary of the organization, and even performed in the first production, which was a puppet show.

At the end of 1916 Charles and Minerva Brooks moved to New York City to expand their careers. Minerva Brooks wanted to explore interpretive dance, and was even called "an exponent of interpretive dance" by the New York Times. She spent time teaching dance at the Noyes School of Rhythm, before moving back home to Cleveland. In 1925 Minerva and Charles Brooks were divorced. Just a few years later, in 1929, Minerva passed away in Boston. She was survived only by her sister, Mary Kline Pope.

Pictured on the left is Minerva Kline Brooks talking with her friend Francis E. Drury on the right, both founders of The Cleveland Play House. 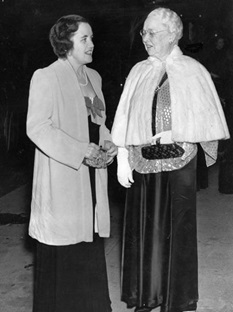 The Book of Clevelanders. (1914). The Burrows Bros. Company. Retrieved from https://books.google.com/books?id=sisVAAAAYAAJ&pg=PA39&lpg=PA39&dq=Minerva+Kline+Brooks&source=bl&ots=CittFbVrxC&sig=ACfU3U2soHywXtpHusta6-7sHIP794ZymQ&hl=en&sa=X&ved=2ahUKEwiQjO2x3pzkAhWIY98KHdYJBigQ6AEwB3oECAkQAQ#v=onepage&q&f=false