Elizabeth "Bessie" Swan Williamson Alexander was born in New York City on September 30, 1866 to wealthy parents James Waddell Alexander and Elizabeth Williamson Alexander. She was a socialite with a passion for fine art, and met her husband, artist John White Alexander, when Joseph Harper introduced the two of them because they had the same last name. They married in 1887 and had one child, James Wadell Alexander, in 1888, in Sea Bright, New Jersey. She and her husband lived in high society in Paris from 1890 to 1901 before returning to New York. She was passionate about theater production, and worked with her husband on costume and lighting design. She also was close friends with actress Maude Adams, and often worked on the productions Adams was featured in -- most famously, "Peter Pan."

Alexander was outspoken about the right to vote for women, and was active in the women's suffrage movement in the 1910s. She made art for flyers promoting women's suffrage for the Empire State Campaign Committee, organized November 11, 1913, and was a member of the National American Woman Suffrage Association.

Alexander continued working in theater production long after her husband's death in 1915. She also judged fashion competitions, made art designed to show and teach costume design, and was an honorary president of the School Art League of New York. Alexander never remarried, and continued to be a patron of arts for the rest of her life. She used her home to host many social gatherings for artists throughout the following decades. In 1917, the same year women in New York won the vote, she and Mrs. James C. Rogerson established the Arden Galleries, which was noted for its decor and art exhibits. Alexander was noted for holding benefit concerts and exhibitions for developing young artists. She belonged to the Cosmopolitan Club, was the first chair of the drama group of the Arts Council of New York in 1927, a chair of the awards committee of the Town Hall Club, and a member of the executive committee for a campaign to raise $1,000,000 for the Shakespeare Memorial Theatre at Stanford-on-Avon. In 1944, she was co-chair of the concert series for the Congregation of Temple Emanu-El to aid children in France, England, and Russia. In 1943, she moved from New York to Princeton, New Jersey, where she died January 14, 1947. 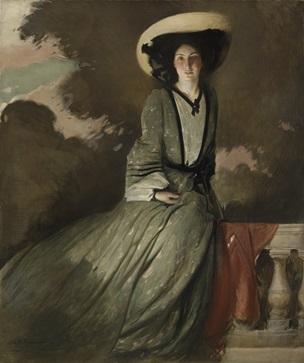