Minnie Leslie was born on May 10, 1861, to George Alexander and Ann Howard Leslie, English immigrants living in Sanpete County, Utah. The Leslie family had moved to Dayton, Nevada, by 1870. On December 25, 1888, Minnie Leslie married John E. Bray in Silver City. They had met in Dayton, while they were both teaching school. They remained dedicated to education: Both served as Nevada Superintendent of Public Schools, and their daughters, Florence and Mildred, also became teachers.

Minnie Bray supported women's issues. In 1902 she was elected Lady Commander of The Ladies of the Maccabees. She remained active in that organization, and in 1949 she was honored by the successor organization, the Women's Benefit Association of Reno, as the only living charter member of the Reno group.

Bray participated in suffrage activities as early as 1912, when a meeting of the Ormsby County Branch of the Woman's Suffrage League was held in her home. She was the vice-president for Ormsby County for 1912, 1913 and 1914. She served as a vice president for the Nevada Equal Suffrage Society, representing Carson City in 1913. As an active member of the suffrage effort, she was chosen to attend the national suffrage convention in Washington, D.C., in 1913. Bray also served on many committees with the state organization in nominations and legislation.

Following the successful suffrage campaign in Nevada, Minnie Bray stayed active in politics. In November 1916, she spoke at the women's meeting of the Wilson-Marshall Club. She began her speech discussing the role of middle-class women in politics. Most notable, though, was the next part of her speech, which was a scathing critique of the National Women's Party (NWP). She was quoted in the Carson City Daily Appeal: "And I cannot believe the women of the west can be used by these misguided women [NWP] as tools to betray those [men] who have aided them to obtain the ballot." Bray's criticism continued, as she berated the unenfranchised women from the East who dared "to tell western women how to vote." Bray's criticism of the NWP faded with time, and she embraced the organization in later years. In 1938, she was the toastmistress at a luncheon for the reorganization of the Nevada branch of the National Woman's Party. She was elected head of the Susan B. Anthony memorial committee at that meeting.

On August 16, 1919, President Woodrow Wilson appointed Minnie L. Bray to the office of Register of the Public Lands in the Nevada District office of the General Land Office. A week later, Bray's appointment was mentioned in the Woman Citizen. Bray served as register until June 1923.

Minnie Leslie Bray died on August 11, 1955, in Carson City. She was buried in Reno at the Knights of Pythias Cemetery beside her husband, John, and daughters, Florence and Mildred. 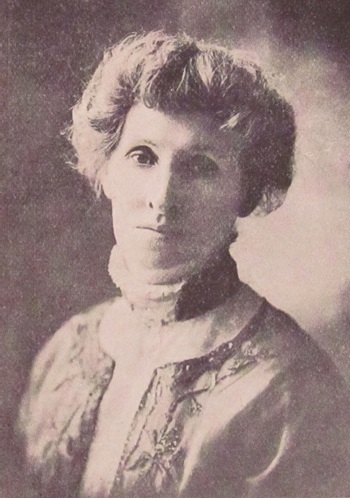 CREDIT: Sara Bard Field, "Clash in Nevada: A History of Woman's Fight for Enfranchisement, the Nevada Suffrage Fight," Out West: A Magazine of the Old Pacific and the New, August 1914, p. 59. HathiTrust.

Field, Sara Bard. "Clash in Nevada: A History of Woman's Fight for Enfranchisement, the Nevada Suffrage Fight." Out West: A Magazine of the Old Pacific and the New. August 1914, pp. 51-66. HathiTrust.