Mary McKee Smith was born January 1870, in Pittsburgh, Pennsylvania. Her parents, Annie K. Smith and Joseph Smith, were first-generation immigrants living in Pittsburgh, with her mom's family from England and Wales, and her father's family from Ireland. Coard had two younger sisters, Cathy and Isabell, and one younger brother, James. Her family grew up in Allegheny county, and Mary herself lived a majority of her life there until 1924, when she relocated to Pleasantville, New Jersey. Although few women were granted a proper education at the time, Mary is cited by the 1880 census as attending grammar school when she was 10 years old. Due to her later documented research on sociology, it is likely her education continued much farther as well.

Mary married Robert D. Coard, a well-known businessman, in 1900 with a simple gathering at her mother's house. They were married for over 30 years. She and her husband had one child that sadly did not reach infancy, but they continued to lead full lives, serving their community in any way they could. Overall, Mary Coard was a popular socialite and beacon of integrity within her community due to her dedication to humanitarian causes such as charity for the less fortunate, working conditions of the middle and lower class, and woman suffrage.

As early as 1903, Coard participated in a number of female-dominated organizations that raised donations for select charities and provided a safe space for women to gather. On June 1, 1907, Coard and her fellow volunteers applied for the certification of the Women's Club of the City of Pittsburgh in order to promote female solidarity and interests such as "science, literature, music, and art" as well as community service via charity (The Pittsburgh Press 31, 1907). Coard continued her work and became the second vice president of the Women's Club, often working closely with the Salvation Army. Additionally, in 1912, she became the vice president and reception committee member of the New Era club.

Coard sought better working conditions for local coal miners. She is cited by The Scranton Truth as the direct cause for such reforms in 1910. Having researched sociology and formally written about her findings previously, she applied her expertise as she examined the conditions of coal miners. Her results in Irwin and Greensburg were nothing short of shocking, and many people's quality of life was drastically improved as awareness of such investigations spread.

She became an active suffragist in the Pittsburgh area from the 1910s to the 1920s. Mary aimed to spread awareness of the Women's Suffrage Party in Pittsburgh, which at the time was active than in Philadelphia. It is because of women like Coard that the suffrage movement spread from one end of Pennsylvania to the other. She often organized meetings and recruited new members for the suffrage cause.

By 1924, she moved to Pleasantville, New Jersey and continued her public work. On December 25, 1924, she was a guest speaker at a luncheon held by the Women's Clubs of Western Pennsylvania. She was honored for her leadership in the New Era Club and Women's club, as well as her past presidency of the Women's Clubs of Western Pennsylvania's Congress. She was ultimately responsible for the creation of the Pittsburgh Women's Club of Atlantic City, which brought together many activists and helped to amplify female voices.

Coard died just a decade later, on November 14, 1934 in Pleasantville. She is buried in Hollywood Cemetery. Yet, her story remains within us all, as it is because of women like Coard--and their tenacity and diligence to the suffragist movement--that awareness spread to so many people. Coard's hard work reverberated beyond her community in Pittsburgh, and she ultimately shined a light on the mental and physical conditions of women everywhere, who simply desired the same rights as men. 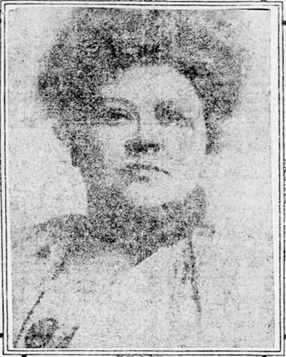