Emma L. VanMater was born in 1854 to Gilbert H. Van Mater and Sarah Hendrickson Holmes of Red Bank, New Jersey. Little is known of Emma's life before her marriage, but the 1870 census indicates that as a teenager, she was still attending school, and newspapers reported on several needlework prizes. VanMater married Robert K. Young, a lawyer, on October 23, 1890, in Monmouth, New Jersey. The couple resided in Wellsboro, Pennsylvania.

In 1910 Young hosted an organizational meeting in her home to found the Wellsboro Woman Suffrage club, purportedly the first suffrage organization in Tioga county. Young was elected first vice-president. Young, a socially prominent and civically-active woman, embraced a variety of strategies to promote suffrage. In 1911 she appealed to the New Century Club women of Potter, Pennsylvania, to allow a suffrage speaker at their meeting. That same year Young and her niece Catherine Potter attended a suffrage meeting in New York where they heard of open-air addresses Wellesboro suffragists had recently organized a suffrage booth at a local fair, and Young reported favorable results. She also embraced the controversial use of the automobile to promote suffrage and donated her car to distribute suffrage propaganda to local towns in 1912. Young also opened her home to women interested in learning about the cause. She hosted a suffrage tea during a 1912 membership drive and invited PWSA field secretary Ida Porter to her home, where she addressed an audience of sixty local women. 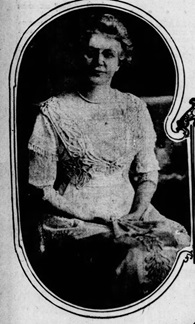 In 1912, the same year her husband became Pennsylvania's state treasurer, Young was elected to statewide office as treasurer of the Pennsylvania Woman Suffrage Association (PWSA), a role she played through 1915. As a member of the PWSA executive committee, Young participated in efforts to pass a state suffrage referendum from 1913 to 1915. At the 1913 and 1914 PWSA conventions, Young headed the credential committee and gave reports on the organization's financial status. In 1914 she indicated the PWSA had spent over $26,000 promoting woman suffrage that year. Her account was commended as "efficient and businesslike." As a state officer, Young also traveled to support local suffrage organizing efforts. In 1914 she addressed the Equal Suffrage League in Chester, and that summer, she made up part of a Pennsylvania delegation to a NAWSA suffrage rally in Atlantic City. In the summer of 1915 Young numbered among the platform speakers on the inaugural day of the Justice Bell Tour, a replica of the Liberty Bell that suffragists brought to every Pennsylvania County to garner support for the suffrage referendum.

Young does not seem to have remained active in the suffrage cause after Pennsylvania voters failed to grant women state voting rights in November of 1915. She continued to lead the local DAR and the Current Events Club of Wellsboro. She also helped found yet another club, The Walking Club of Wellsboro, and became involved in the Pennsylvania Federation of Women's Clubs.

Following the death of her husband in 1917, Young became more politically active. She assumed his seat on the Tioga County Committee on Public Safety. In 1921 she was appointed to the Wellsboro committee on civic improvement. Young also worked to support the Republican party as treasurer for the county Republican organization. Young founded and became the first president of the Tioga County Council of Republican Women in 1923, an office she held through 1928. In that capacity, she was appointed to the executive board of the Pennsylvania State Council of Republican Women. Young was a frequent public speaker who often relied on maternalistic arguments to justify women's involvement in politics. However, she also insisted that women were more than capable of independent political thought. She argued that "what every woman needs is facts, unbiased and simply and briefly told, on which to base a fair judgment."

In 1928, Young relocated to Rochester, New York, where she lived with her niece. On August 18, 1930, she died in Brooklyn, New York, while visiting her sister and is buried in the Wellsboro Cemetery. At the time of her death, she was recalled as "one of the leaders advocating woman suffrage in this section." 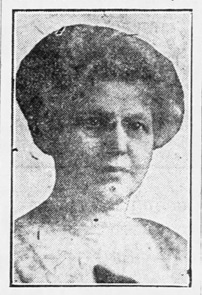