Mary Edwards Calhoun was born on December 8, 1873, in Philadelphia, Pennsylvania. Her father, Alfred R. (A.R.) Calhoun, a nephew of John C. Calhoun, became a Union war hero when he and a group of inmates tunneled their way out of the Confederate Libby Prison in Richmond, Virginia. In 1871, A.R. Calhoun married Agnes D. Edwards, a Philadelphia Quaker. Calhoun moved his family to Brooklyn, where he worked as a journalist, songwriter, and author. Mary Edwards Calhoun graduated from the Packer Collegiate Institute in 1893, from Columbia Teachers College in 1898, from Barnard College with an A.B. in English and History in 1905, and with an A.M. from Columbia Teachers College in 1906.

Although Calhoun resided in New York for most of her life, she had some connections to Pennsylvania, which may explain how she came to be a paid organizer during the 1915 suffrage referendum. In 1913 she assumed the Edgar Memorial Professorship of English at Wilson College. The Dean of the College, Doris Long, was also active in campaigning for the referendum. Additionally, Emma MacAlarney, with whom Calhoun attended college and co-authored Readings From American Literature: A Textbook For Schools (1915), also served as a paid organizer during the 1915 campaign. Evidence for Calhoun's involvement with the suffrage movement is scant. One newspaper article lists her as active in many cities in Susquehanna County. She is credited with organizing, in a week, suffrage clubs in Forest City, Herrick Center, Thompson, Jackson, Great Bend, and Hallstead. However, no further information about her campaign activities is available in available newspaper databases beyond that one mention.

Calhoun devoted her life to education. In 1898 she began teaching at Horace Mann School, where she served for thirteen years. In 1914 she assumed the position of Associate Principal and head of the history department at the Leete School in New York. In 1916 she was selected as principal of the Jacobi School, renamed in her honor in 1924. Among her more prominent students were Morris Ernst, an attorney for the American Civil Liberties Union. Calhoun was active in professional associations, serving as President of the headmistresses Association of the East in the mid-1930s. The Calhoun School's official history indicates that Calhoun worked as a journalist before becoming its principal, editing the Woman's Page of the Herald Tribune, but this assertion has not been confirmed. Calhoun did dispense educational advice via the radio on topics such as "the Private School and the Depression" and "Giving the Child the Right Approach to Life," both broadcast in 1933.

After her involvement with woman suffrage, Calhoun remained politically active. During the 1930s, Calhoun also became involved in politics. In 1932, Calhoun endorsed the recommendations of the New York State Division of the Women's Organization for National Prohibition Reform which included a plan for temperance education. In 1936 Calhoun joined with other prominent female educators to campaign for FDR's re-election.

Following her retirement in 1941, Calhoun participated in civic affairs. She was a member of the New York Chapter of the Foreign Policy Association. In the spring of 1949, she organized efforts to host the spouses and children of UN personnel in private homes. One hundred and fifteen families in Westport, Connecticut, participated. Calhoun conceived of the idea during a Quaker sewing meeting on the topic "what can I do to help make peace a reality." Calhoun viewed the plan as "a gesture of greater understanding and friendliness among the peoples of the world and the people who are working for peace." Westport continues to host an annual UN Day.

Mary Edwards Calhoun died on November 10, 1963. In her will, she made bequests to Martin Luther King, Jr. and the NAACP, a final testimony to her commitment to social justice. 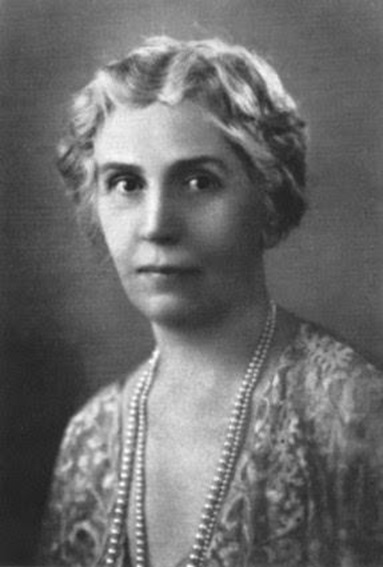 Photo courtesy of the Calhoun School