Mary Stafford Anthony was born to Daniel and Lucy Read Anthony in Battenville, N.Y. on April 2, 1827. She had three sisters and two brothers - one was the Susan B. Anthony. Her father was a liberal Quaker abolitionist and her mother was a Baptist when she was younger. The Anthony children were raised as Quakers. Her father owned a mill and established a school in his house. The school was for his children and others from the neighborhood and Mary received much of her early education there. During the Panic of 1837, Daniel Anthony lost everything and he and his family gave up all what they owed and sold everything they had. Luckily, all their belongings were saved by the uncle, Joshua Read.

When Mary was just seventeen, she became a teacher at a district in Fort Edward and received $1.50 per week. She taught there for a year and then moved to a small farm west of Rochester, in Gates, N.Y. On August 2, 1848, Mary attended the Women's Rights Convention at the Unitarian Church in Rochester and signed the Declaration of Sentiments. Major activists and abolitionists, including Amy Kirby Post, Sarah Hallowell, Sarah Fish, Elizabeth M'Clintock, Elizabeth Cady Stanton, Lucretia Mott, and Frederick Douglass, also attended. Mary enlisted in the crusade for equality just two weeks after the convention in Rochester in 1848, even before her sister, Susan, did.

In 1852, Mary was attracted to the preaching of the liberal minister, William Henry Channing. The farm became a meeting place for anti-slavery activists. In 1868, she became one of the first women to hold a position as school principal in Rochester. There she demanded and received pay that was equal to a man. She retired in 1883.

Mary represented Monroe County at the Rochester convention of the National Woman Suffrage Association in 1878. In 1885, she organized and hosted the first meeting of the local Women's Political Club of Rochester (later called the Rochester Political Equality Club). At the same time that she served as president of the club she became a corresponding secretary for the New York State Woman Suffrage Association in 1893. Mary contributed financially to The Revolution, (1868-1872) and supported the campaign to convince the University of Rochester to accept women students. Mary then had time to travel with Susan to Europe and again in 1904 to attend meetings of the International Council of Women.

Mary Anthony remained a respected suffrage leader in Rochester and the national movement leading until her death on February 5, 1907, at the age of 79. She and her sister are buried in Rochester, NY. 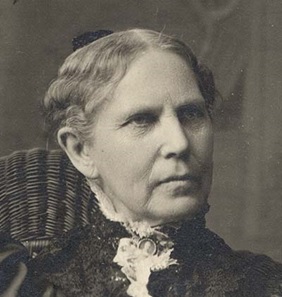