Estelle "Stella" Agnes Bennett was born on January 31, 1872, in New Albany, Indiana. She was one of ten children born to farmers, Joseph Bennett (1837-1876) and Martha Jane Naudain Bennett (1840-1914). The family claimed Huguenot lineage. Her father died in fall 1876, when Estelle was only four years old, leaving her two eldest brothers, William and Corbit, to tend to the family farm. By 1885, her family moved to Superior, Iowa, where William and Corbit continued their work as the Bennett family farmers.

Stella Bennett married several times. On September 4, 1889, she married James C. Smith in Superior, Iowa. The couple welcomed a son on September 20, 1890, Don Bennett Smith. However, the marriage did not last. By the 1900 census, Estelle Smith was living with her mother and brother, and James Smith had remarried to Anna (Riley), who was raising Don Bennett Smith. By the 1910 census, Estelle Smith had become a Burton, a widowed dressmaker living in Franklin, Iowa.

By 1913, Estelle Bennett Burton had moved to New Mexico, where she worked as a historian, writer, and secretary. She published several essays in the Old Santa Fe: A Magazine of History, Archaeology, Genealogy and Biography, which was edited by Ralph Emerson Twitchell, a successful attorney, historian, and politician in the state. Burton worked as Twitchell's secretary for several years before the two were wed on June 26, 1916, at the Church of the Holy Faith in Santa Fe.

In addition to writing, Estelle Bennett Twitchell advocated for woman suffrage after her move to New Mexico. According to the Santa Fe New Mexican, a woman's Republican club was formed in 1916, and these women were "squarely in favor of a federal female suffrage amendment." Listed among the officers was Estelle Twitchell as secretary. In 1917, she was elected secretary of the Santa Fe branch of the National American Woman Suffrage Association. She served with Clara Walter, who had been a witness at her wedding a year earlier, and Ellen Palen. In September, Twitchell spoke before the branch on the topic of "Women Taking the Place of Men in the Local Business World." The meeting was held at Deana Lindsey's residence, and other speakers included noted suffragists Kate Hall and Katie Kimbrough Laughlin. In October, Twitchell represented the Santa Fe Woman's Club at the state club federation's convention.

Besides suffrage, Estelle Twitchell kept busy in other women's groups. In 1918, Twitchell was named publicity chair for the woman's auxiliary of the State Council of Defense, and she was elected associate conductress for the Santa Fe Order of Eastern Star (Freemasons). She served on the Santa Fe county board of education in 1919, and she was elected corresponding secretary of the Santa Fe Woman's Club in May 1920. She was a member of Daughters of the American Revolution (DAR), the Archeological Institute of America, the Young Women's Christian Association, and the International Woman Suffrage Alliance.

Ralph Emerson Twitchell died on August 26, 1925. After his death, Estelle Twitchell took to a more private life and remained in Santa Fe. She primarily supported herself by working as a landlady, renting out rooms at the Twitchell Apartments, located at 406 Grant Avenue. Estelle Bennett Twitchell died on October 13, 1952, after an illness. She was buried at the Fairview Cemetery in Santa Fe alongside her third husband. 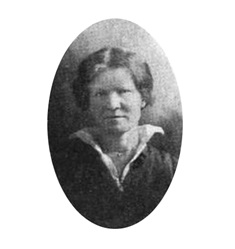