Elizabeth "Libbie" M. Allen was born on June 19, 1846 in Fair Haven, Vermont to Ira Allen and Cornelia Smith Allen. Her father was a prominent man in Rutland County, Vermont and owned multiple businesses, including pioneering the region's lumber and slate stone industries. She had two siblings, one of whom, Simeon, served as a Republican State Senator for two terms and then a justice of the peace for two decades. Elizabeth Allen married George Aaron Vail in Fair Haven, Vermont on September 23, 1872 and although the Vails did not have children of their own, Elizabeth's sister's daughter, Gertrude Dewey, lived with them for many decades and they were also very close to her brother's sons, George H.V. Allen and A. Vail Allen.

After their marriage, the Vails moved to Brooklyn, NY to be closer to his corporate work in the leather industry and by 1879 were settled on Prospect Street in East Orange, NJ. Elizabeth Vail became very involved with, and served as an officer of local charity organizations such as the Women's Club of Orange, and the Ladies Society of Orange Memorial Hospital. The Vails also purchased the Marble Mansion at The Maples in Fair Haven, VT which became their summer home, and eventually Elizabeth Vail's permanent residence in 1913, several years after her husband's death. Vail's philanthropy was also simultaneously present in Fair Haven, including donating five acres of land to create a ballfield and financing the renovation of a Fair Haven school building.

In addition to her charitable works, Elizabeth Vail also worked for the cause of woman suffrage. In early 1900, Susan B. Anthony decided to retire from the presidency of the National American Woman Suffrage Association (NAWSA). Prior to leaving, she invited a select group of wealthy society women to join the NAWSA as convention delegates. This was a faction of society that had not been well represented in the movement and Anthony knew that for the movement to grow and reach those in power, she needed to include wives and daughters that moved in powerful circles. One of the women who accepted her invitation was Mrs. Elizabeth Vail. In 1901, Vail is listed as a life member of the NAWSA in The History of Woman Suffrage, Volume IV (Anthony & Harper, 1902). The following year she was elected to the board of directors of the New Jersey Woman Suffrage Association at the annual meeting held in Orange, NJ. Newspaper reports show she maintained this position in 1903, 1908, 1909, and 1910. It may be that she sat on the board in other years but no information on the interim year meetings was found.

In 1902, Vail also made the society papers in several states when she hosted, assisted by her niece Gertrude, an afternoon tea reception for Susan B. Anthony at Vail's house in East Orange, NJ. The reception included over 150 guests from New Jersey, New York, and Pennsylvania who all had a chance to meet Susan B. Anthony. While the papers reported on how well decorated the house was, along with the names of many prominent women who attended, there is no record of whether Anthony gave a talk while there.

After her husband died in 1908, Vail maintained two households for several more years. Finally, in 1913, Elizabeth Vail and Gertrude Dewey moved from East Orange to take up permanent residence in Fair Haven, VT and be closer to family. Once there, she resumed her philanthropic and charitable works, such as serving on the Village Improvement Society and the Board of Trustees for the Fair Haven Public Library. There are no records of her continuing her suffrage activism in Vermont but she was not yet done with politics. After the passage of the 19th Amendment, women in Rutland County, Vermont were allowed to take the Freeman's Oath beginning on September 7, 1920 in order to vote in the September 14, 1920 primary and November 2, 1920 state election. The Freeman's Oath was a state-required oath taken by individuals over the age of 21 when registering to vote for the first time. On September 11, 1920 both Elizabeth Vail and her niece Gertrude Dewey took the Freeman's Oath in Rutland County, VT; qualifying them to be able to vote in both the primary and the state elections. Vail was able to vote in multiple elections prior to her death on July 7, 1931 at her home in Fair Haven. She is buried alongside her husband in the Cedar Grove Cemetery, Fair Haven, Vermont.

Changes made in and about old school building that will add 60 years or more of usefulness to the community. (1922, November 16). The Fair Haven Era, p.1. Retrieved from https://www.newspapers.com

Harper, I. H., Catt, C. C., & National American Woman Suffrage Association Collection (Library of Congress). (1898). The life and work of Susan B. Anthony: Including public addresses, her own letters and many from her contemporaries during fifty years. Indianapolis and Kansas City: Bowen-Merrill Co.

History of the Marble mansion. Retrieved from http://www.marblemansioninn.com/our-history/

Orange's Memorial Hospital is to have a new pavilion for consumptives. (1896, February 16). The New York Times, p.28. Retrieved from https://www.nytimes.com

The owner of "The Maples" George A. Vail died suddenly at his home in East Orange, N.J. (1908, February 20). The Fair Haven Era, p.1. Retrieved from https://www.newspapers.com

U.S. Bureau of the Census. Tenth census of the United States, 1880-population.Ancestry.com website

U.S. Bureau of the Census. Twelfth census of the United States, 1900-population.Ancestry.com website

[Vail gives reception for Susan B. Anthony]. (1902, May 8). The Leavenworth Weekly Times, p.4. Retrieved from https://www.newspapers.com

Whittemore, H. (1896). The Founders and builders of the Oranges: Comprising a history of the Outlying District of Newark, Subsequently Known as Orange, and of the Later Internal Divisions, Viz.: South Orange, West Orange, and East Orange, 1666-1896. East Orange, NJ: L.J. Hardham, Printer. 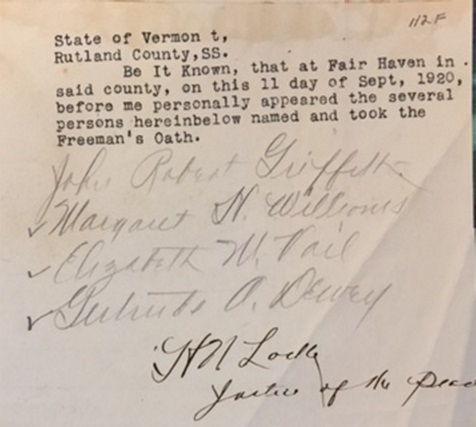 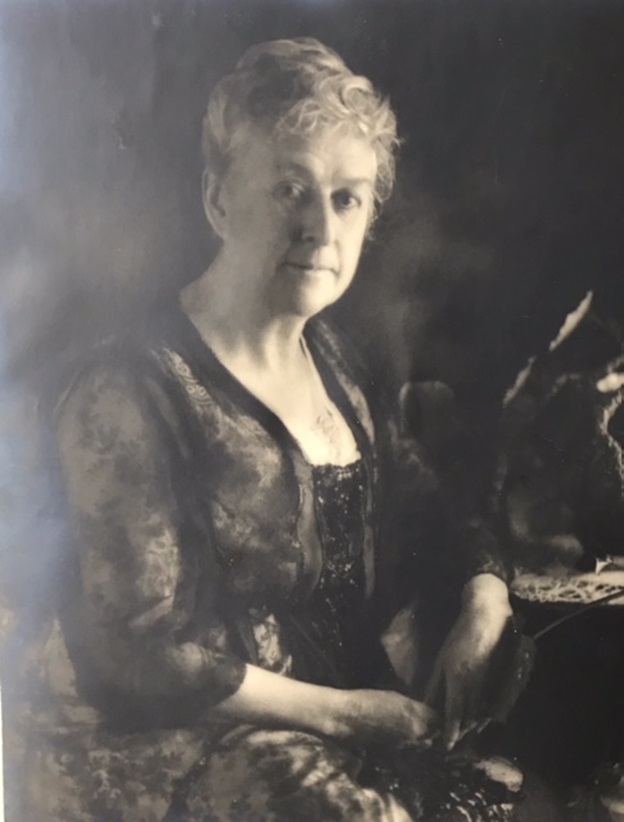