Founding member and secretary of the Century Club, delegate for the 1898 Denver convention of the General Federation of Women's Clubs, editor for the St. Louis Globe-Democrat newspaper, member of the National Science Club, the English-Speaking Union, the Contemporary Club, and the National Arts Club.

Jane Frances Winn was born in 1855 in Chillicothe, Ohio to Thomas and Anna M. Winn. For most of her life, Jane lived with her younger brother, Frank T. Winn. Jane never married nor had any children. Instead she spent her life focusing on her journalism and pioneering the way for other women journalists.

Jane Frances Winn, also known by her pen name Frank Fair, was most notably known as being the editor of the women's department of the St. Louis Globe-Democrat newspaper. Jane began her career teaching high school botany and chemistry, taking classes at Harvard University and spending a summer at Startling Medical College in order to stay on top of the rigor of the classes she taught. Her combined love of botany and writing led to her writing a series on the subject which became her introduction to newspaper work. In her hometown of Chillicothe, Ohio, Jane became a founding member of the Century Club, an affiliate of the General Federation of Women's Clubs (GFWC). In 1898, on a trip in which the Century Club sent Jane as a delegate for the GFWC's Denver convention, she stopped in St. Louis to meet the editor of the paper to whom she had been sending her botany series. This interaction led to her being asked to take over the club column of the St. Louis Globe-Democrat.

Not long after accepting her position at the Globe-Democrat, Jane had made a name for herself as a journalist. The New York City publication The Journalist, a periodical devoted to the interests of newspaper people and their work, published a tribute to Jane's achievement in 1903 saying "under the pen name of 'Frank Fair' her brilliant articles are widely read, as well as are her clever contributions each week in the magazine section."

Writing under the name Frank Fair, Jane reported on the accomplishments of women in her Sunday weekly column, "Women the Wide World Over." Her column regularly reported on the work of suffragists--"not in a sensational way, but for the great good each is accomplishing." According to the History of Woman Suffrage," vol. 6, "Thanks largely to Miss Jane Winn, on the editorial staff of the Globe Democrat, suffrage news was seldom refused by that paper. Moreover, by 1919, Jane was not afraid of a little sensationalist reporting. On July 6, 1919 Jane wrote an article in which she quoted suffragists who had gathered in Jefferson City to advocate the ratification of the Susan B. Anthony amendment "as commenting upon members of the house for being coatless and wearing 'galluses'." After reading Jane's story, Representative Byrne of Buchanan county retaliated by proposing a resolution, in which Jane is mentioned specifically, suggesting the suffragists "burn their corsets, knock the heels off their slippers and get a gauze stretcher and stretch their clothing so it will cover all their body." The House adopted Byrne's resolution.

Jane also gave speeches about women in the workforce. In 1915, Jane addressed the Missouri Women's Press Association during Journalism Week in Columbia, Missouri on "The New Journalism in its Relation to Women." Jane declared that "a woman can go into a newspaper office and do almost what she wants to" and proceeded to predict the increasing headway women would make in journalism. She emphasized that women should not work for smaller salaries than men.

After getting her start as woman editor at the Globe-Democrat, Jane went on to serve as a women's sports editor and a literary editor. As women's sports editor, Jane pioneered the role as she was one of few women who wrote about sports at the time that adequately understood the games being played, most specifically golf. At the time of her death at the age of 72, Jane was still working as the Globe-Democrat's literary editor and publishing book reviews for the newspaper's Saturday edition. Although Jane's suffrage work appears to be limited to her reports of the movement, she embodied the suffragists' vision of self-determination and progress. She is buried with her family at Grandview Cemetery in Chillicothe, Ohio.

A large number of Jane's Globe-Democrat articles are available on Newspapers.com. Additionally, much has been written about Jane in other Missouri newspapers including an article published in the St. Louis Post-Dispatch by fellow journalist and suffragist, Marguerite Martyn. Martyn's article highlights the poetry Jane published under the name Frank Fair. The book Notable Women of St. Louis, 1914 edited and published by Mrs. Charles P. Johnson includes a biographical sketch of Jane.

There is also a Wikipedia article about Jane Frances Winn at https://en.wikipedia.org/wiki/Jane_Frances_Winn. 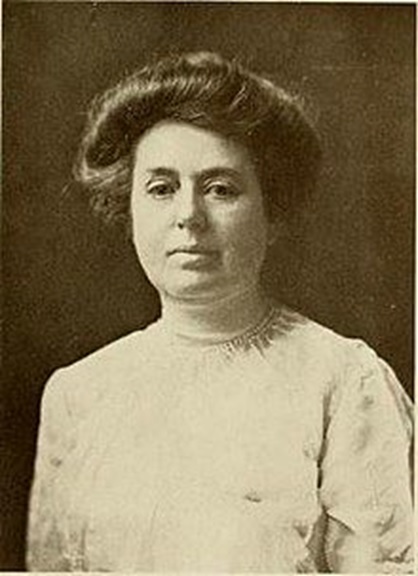