Lingle was elected and served as First Vice President of the Equal Suffrage Association of North Carolina in 1915. From 1915-1917 Lingle served as president of the State Federation of Women's Clubs and advisor to and advocate for women students at UNC at Chapel Hill. Lingle was a public speaker and published author.

In 1917 Lingle gave a commencement speech at Queens College in New York where she stressed that the attitude of any graduate would determine their success in life and focused on nine subjects including nature, health, art, home, play, education, friendship, work and service and the cultural life. Lingle believed education was a birthright of every person regardless of gender and advocated for increased literacy in North Carolina in her suffragist work. Lingle wrote the book A Course on the Historical Background and the Literature of the Great War which was included in the University of North Carolina Extension Leaflets: A Study for the North Carolina Federation of Women's Clubs, 1918-19.

In many ways Lingle was far ahead of her time, advocating for awareness and diligence in treating American perversities such as excessive waste, and the highly strung, neurotic temperament of the American people. She encouraged loyalty to friends, play in everyday life (adult and children alike), and called for every person to leave the world a little better than they found it. Lingle was socially, politically, and culturally conscious which was evidenced in her values and beliefs. Lingle recognized the future consequences of World War I and urged for compassion and believed women would be instrumental in helping the country get through the war.

Lingle also promoted and touted the idea of health as wealth, acknowledging and fighting for public health and state welfare programs. Lingle saw this as part of woman's clubs responsibilities, particularly family planning and infant welfare. Lingle additionally served as an associate editor of The American Club Woman magazine which was a periodical during the early 1900s.

Lingle was widowed in 1937 when her husband passed away in Davidson, NC. Lingle survived her husband by more than twenty years and died on March 7, 1962, in Long Island City, New York.

Sample writing from Lingle's book, A Course on the Historical Background and the Literature of the Great War. 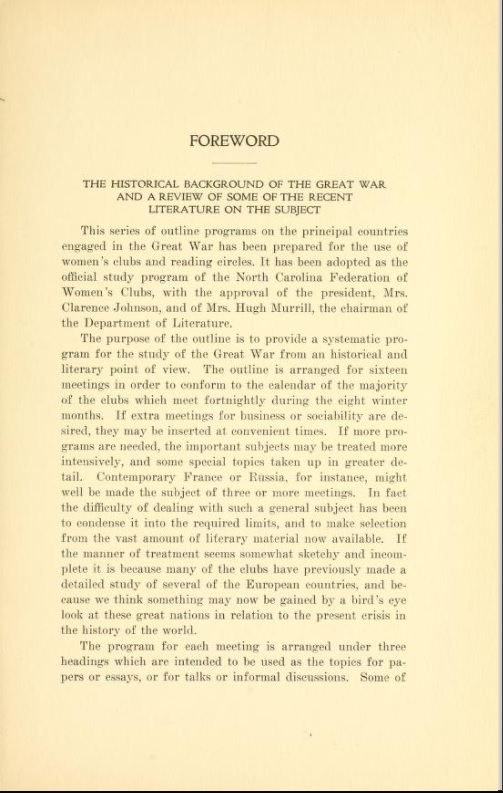 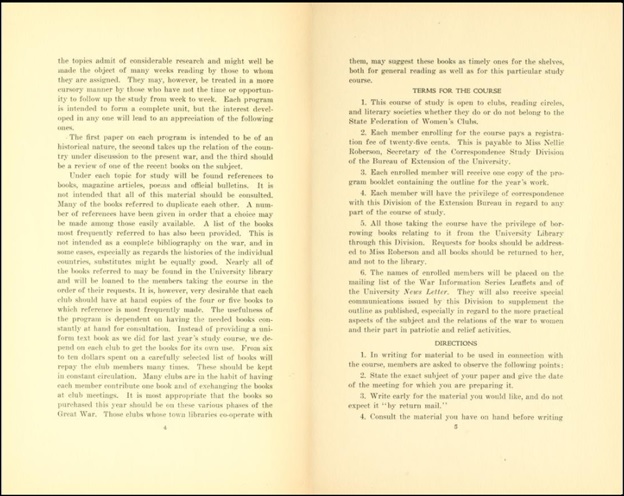 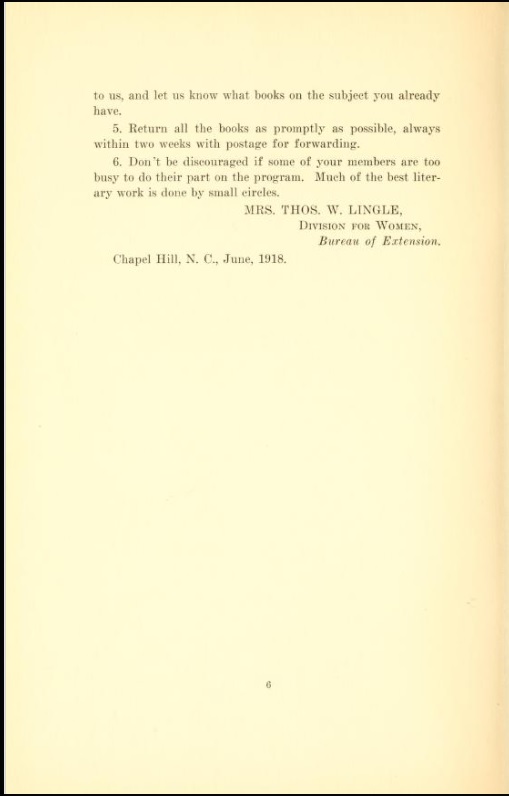