Edith Hyde was born June 21, 1876 in Plainfield, New Jersey, to Charles Hyde, a banker aged 57, and his wife Elizabeth, 41 years of age. Edith was the youngest of their five children and their only daughter. She grew up in Plainfield at 605 East Front Street, and the family attended the Crescent Avenue Presbyterian Church. Edith was educated at what is now the Masters School in Dobbs Ferry, NY, a Presbyterian boarding school for girls.

Everett Colby was deeply involved in politics. He was a Republican member and then speaker of the New Jersey State Assembly; he served one term (1903-1908) in the New Jersey Senate; worked nationally to organize and promote the Progressive Party, and was their nominee for New Jersey governor in 1913; and, inconsistent with his progressive views, sometimes worked against labor unions. He was, however, active in his support for woman suffrage. He and Mrs. Colby often appeared together as speakers at suffrage events.

Mrs. Colby was also politically active, and was appointed President of the National Women's Branch of the Progressive Party in 1912. Her active support for suffrage in New Jersey is first noted in 1912, when she established a women's political union in West Orange, and on May 5, 1912, she led the New Jersey delegation in the New York City Suffrage Parade, which had over 15,000 participants.

She quickly expanded her work to further organizing and leadership positions, working locally and at the state level. Perhaps most importantly, she chaired the New Jersey Joint Legislative Committee (1912-15), which served the purposes of four New Jersey suffrage groups -- the New Jersey Woman Suffrage Association, the Woman's Political Union, the Equal Franchise Society, and the New Jersey Men's League for Women. It was this Committee that prepared and introduced legislation to the New Jersey legislature to submit the suffrage amendment to the voters of that state. And, in 1915, she was appointed Chair of the Finance Committee of the New Jersey Equal Suffrage Organization. Much of her time that year was devoted to successful fund-raising.

In 1920, following ratification of the Nineteenth Amendment, Mrs. Colby was selected as foreman of the first all-woman jury in New Jersey (involving a female murder defendant). She remained active politically in the Republican party as a member of the State Committee beginning in 1922, was a delegate for Calvin Coolidge in 1924, and in 1932 a Republican elector for New Jersey. 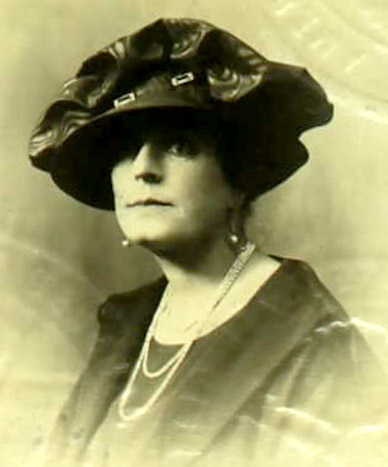