Mary Semple Scott was born on December 31, 1879 to Ashley David Scott and Julia E. Semple Scott. Mary's mother, Julia, was the daughter of Judge James Semple, a United States Senator from Illinois and General in the Mexican War. Mary's father operated a successful grocery wholesale business in St. Louis. Mary had five siblings: Mary, Semple, Ashley Jr., Edgar, and Isabelle. Mary graduated from Mary Institute in St. Louis in 1892 and then spent a year at a finishing school in New York. Although Mary was often a bridesmaid, as reported frequently in St. Louis newspapers, it appears she was never a bride.

Mary was a socialite and society woman and reports of her domestic and international travels and social activities were regularly reported in St. Louis newspapers, including a visit to New York to visit Mrs. and Mrs. Winston Churchill in October of 1914.

Mary began showing an interest in suffrage work and politics around 1912 when it was reported by Marguerite Martyn, another prominent St. Louis suffragist, that Mary attended a suffrage tea at the home of Mrs. David O'Neill, president of the St. Louis Suffrage League. Shortly thereafter, Mary became active in the Civic League. In 1913, Mary served on a special women's committee of the Civic League tasked with a campaign to increase membership to 2500. Presiding over a luncheon of the Civic League, Mary declared that "in the makeup of public opinion women are 'units of power' to be counted equal with men." During the war, Mary served as ward chairman for the St. Louis Women's Division, Council of National Defense for Registration of Women.

In 1914, Mary sought financial backing for a hotel for the exclusive use of business women "with parlors, a laundry, sewing room, roof garden and restaurant" to be built in the neighborhood of Grand and Washington Avenues. It seems that nothing became of this idea, but another vision of Mary's did come to fruition. Financed by Mary and her friend, Letitia Parker, the Letmar Club would provide accommodations for $3.50/week for women living on small wages. Mary, who owned more than ten houses at this time, turned two of her houses on Glasgow Street over to the project. The Letmar Club opened October 5, 1915. By 1919, it was at capacity and St. Louis society women began a fundraising effort to raise $500,000 to build more facilities with the goal of housing some of the 27,000 working girls who lived away from home in St. Louis.

Mary was a writer that regularly contributed stories to magazines. She also wrote a mystery novel titled Crime Hound that was published by C. Scribner Sons. Her interest in the suffrage movement combined with her writing experience may have prompted her appointment in April 1916 as the new editor of The Missouri Woman, the official magazine of Missouri Equal Suffrage Association. She stayed in this role until the magazine was merged with the The Woman Citizen, the official magazine of the National American Woman Suffrage Association in October 1919.

Mary was an active member of the St. Louis Suffrage City Central Committee and the Missouri Equal Suffrage League, serving as State Press Chairman. In terms of suffrage work she is probably best known for her role as the editor of The Missouri Woman and as editor of "History of Woman Suffrage in Missouri" published in the Missouri Historical Review in 1920 in which she contributed an article titled "The Missouri Woman" about the history of the magazine. However, securing the right to vote did not slow down Mary's work to show that women deserved a voice in politics. In 1920, Mary was a member of the Democratic Club, served as vice president and publicity director for the Department of Justice's, Missouri Women's Activities, High Cost of Living Campaign, was the Missouri chairman for National Democratic Education Campaign, and was an active campaign worker for the Democratic party. In 1924, Mary was the unanimous choice for presidential elector for the Democratic state convention and was re-elected president of the St. Louis Democratic Women's Club.

On May 19, 1971, the St. Louis Post Dispatch published an article titled "Grand dames of St. Louis." In the article a spokesperson for the League of Women Voters said their greatest asset was leadership inherited from the suffrage movement and named Mary as a one of those leaders. Mary died in October of 1968 at the age of 88. She is buried in Bellefontaine Cemetery in St. Louis.

Mary's activities as a socialite, club woman, suffragist, and political activist are featured prominently in St. Louis newspapers such as the St. Louis Post-Dispatch, The St. Louis Star and Times, The St. Louis Republic, and the St. Louis Globe-Democrat, as well as other newspapers throughout the United States. "The History of Woman Suffrage in Missouri," edited by Mary is freely available online from digital collections of The State Historical Society of Missouri: https://digital.shsmo.org/digital/api/collection/mhr/id/7574/download 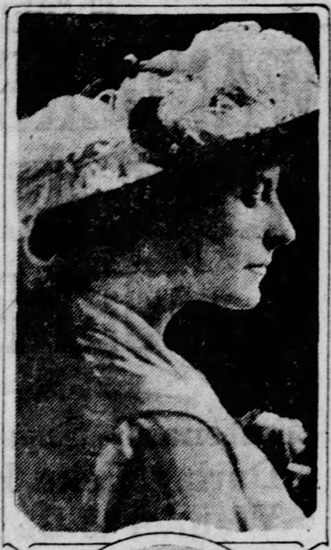 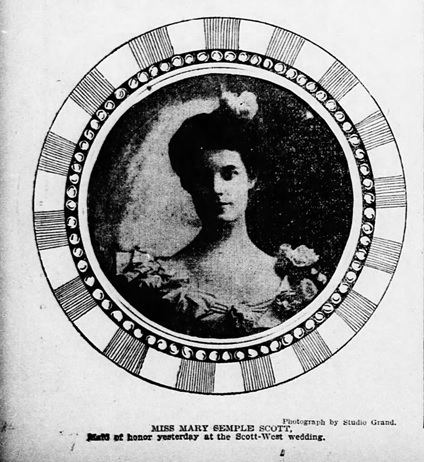