Kehoe, at the time of her death in 1939, was a full-fledged lawyer, as well as court reporter, and a real estate business woman. What paved the way for Kehoe's professional success was not only focused dedication to becoming a nationally recognized court reporter, but diligence and leadership as a pioneer of women's suffrage in Florida.

Described as "Not very large, with a 'bob' of coal black hair that any flapper would be proud to own, and possessed of a voice with a decidedly southern inflection," the Omaha World Herald noted also that Kehoe was a woman "wrapped up in her work and in the progress of the state."

But Kehoe understood that dedication and diligence were necessary: "Whether everyone in the state believe in Equal Suffrage or not, (our members of our legislature) believe in justice to all, and are glad to lend their endorsement to (women's suffrage) ...", which ultimately, would benefit society as a whole.

Kehoe came to prominence through her work as a court reporter in the late 1890s. She began working as a stenographer for her brother, attorney J. Walter Kehoe, as well as acting as an occasional court reporter for the First Judicial Circuit in Florida.

Early on, Kehoe realized the need for professional consistency and standardized compensation for court reporters, as well as enabling counselors to have stenographic services in all court cases (not just the capital cases). For more than a year, Kehoe campaigned for this legislation, researching similar laws in other states, collecting data, earning support from both the Florida Bar Association and Florida legislators. As a result, in 1903, a law was enacted in Florida providing for official court stenographers in the circuit courts of the state. On July 27, 1903, The Pensacola Journal noted the passage of the new legislation, adding: "It will be of interest to our feminine readers to know that this was achieved by the efforts of a woman."

Although Kehoe was fervent in her desire for women's suffrage, she believed that everyone who was willing to work deserved equal opportunity: "The woman reporter cannot ask for any special consideration because she is a woman; but on the other hand, she is not deprived of any of her (just deserts) because she is not a man. She has a position that gives her the respect of all and yet she knows that she receives nothing to which she is not entitled by her own labor."

After her success with the court stenographer legislation, Kehoe opened the Florida Court Reporting Association, a stenography business in Pensacola. She also served the National Shorthand Reporter's Association in various official positions, including vice-president and associate editor.

Kehoe's ties to the legal profession served her work in women's suffrage well. Encouraged by her brother, attorney J. Walter Kehoe, as well as colleagues within the Florida Bar Association, she sat for the bar exam on January 16, 1913 - the only woman among sixteen men - and passed, becoming the first female attorney in Pensacola. The Pensacola News praised Kehoe's achievement: "She does not at all fit the general conception of the woman lawyer, for she is essentially feminine...while her ideas are progressive, she shows her femininity in all she does...."

Newspapers indicate that Kehoe became involved in suffrage activities as early as 1914. In 1917, she was elected president of the Pensacola Equal Suffrage League, and to the board of directors of the Florida Equal Suffrage Association during its annual meeting in Tallahassee. While covering the annual convention, The Pensacola Journal noted: "Miss Minnie Kehoe, of Pensacola, who belongs to that type of dignified, tactful lobbyist which does the most good among the friends and foes alike of suffrage...are appreciating the value of the tactful, conservative woman...." as the legislation moved through the Congress. She remained an active suffragist through the passage of the 19th amendment to the U.S. Constitution.

As the only woman member of the Pensacola Bar Association, Kehoe knew that everyone in the community - especially those who looked to her as their role model - watched her closely as her law career and work for women's suffrage progressed. Although Kehoe was successful in her profession, it could be isolating at times. It wasn't that she didn't have support from friends and family - she did - but Kehoe was the only woman lawyer in Pensacola for years. Her brother was her role model and mentor; but for all his qualities and encouragement, he was unable to empathize with the struggles Kehoe encountered on the job daily. Notably, after J. Walter Kehoe was elected to the U.S. Congress - he represented Florida's Third Congressional District from 1917 to 1919 - he voted against suffrage in 1917 at the same time Kehoe was leading the suffrage movement in Florida.

In July, 1921, Kehoe's status grew as she was featured as the 'most prominent shorthand reporter in the world" at the annual convention of the National Shorthand Reporter's Association in Omaha, Nebraska. Modestly, she denied the compliment, but admitted that she had extensive decades of experience in the profession and "she wouldn't do anything else if she had it to do all over again."

In later years, Kehoe dedicated herself to continuing legal education for women in Florida, giving presentations to local women's business clubs and organizations on a variety of topics, such as how primary law works, women's voting responsibilities, how to draft legislation, and the like. Kehoe moved to Dade County in the 1920s to be near family members, while maintaining her court reporting and legal work offices in both Pensacola and Miami. 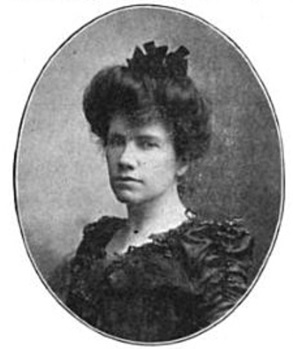