Louise Helen Coburn was born at her family home in Skowhegan, Maine on September 1, 1856. She was the daughter of Stephen Coburn and Helen Sophia Miller. Stephen Coburn was a widely known lawyer and politician in the state of Maine. Louise Coburn was also the niece of Abner Coburn, who served as the Governor of Maine from 1863-1864.

Coburn worked relentlessly to promote women's education, most notably through her work at Colby College, located in Waterville, Maine.Throughout the entirety of her life, Coburn was instrumental in both promoting and protecting women's education at Colby College. In 1890, she helped draft a letter protesting a college plan and approach to coeducation at Colby. Although unable to successfully shut down the college's proposal and plan for a separate women's division, Coburn ultimately accepted an appointment on a committee for a new Women's Division at Colby and worked hard to ensure that female students received the highest possible quality of education. Coburn never tired in her commitment to fighting, successfully, for equity and quality of education, equal rights, and improved housing for female students. This commitment to women's rights was lifelong and manifested in a wide range of forms. In addition to her service as Colby's first female Trustee (in 1911) and Colby Alumni Association's first President, Coburn also successfully supported and rallied for the appointment of Colby's first female full professor, Dean Ninetta Runnals.

Long before she served in such official capacities, Coburn was a student at Colby and one of its earliest (first five) female students. She and her four female peers founded the Sigma Kappa Sorority at Colby. She was the second female to graduate from Colby (in 1877) and also the second Sigma Kappa sister to earn Phi Beta Kappa status and academic honors. Coburn later earned an honorary degree (Litt. D.) from Colby in 1914. Coburn excelled academically and often demonstrated and shared her strong writing skills with those around her. As one example of many, Coburn authored a significant portion of the Sigma Kappa initiation ceremony. Coburn later attended the University of Chicago and Harvard's Summer School of Botany.

Coburn was also an accomplished scientist and author. Trained as a botanist, Coburn authored a number of scientific-based texts. She was also the editor of the "Maine Naturalist." Outside of her scholarly research, Coburn also demonstrated her writing skills and her creativity through poetry. She was an accomplished poet and authored "Skowhegan on the Kennebec," a comprehensive, two-volume history of her hometown, as well as "Kennebec and Other Poems". Her poem "Song to Maine" was adopted as the state song of the Daughters of the American Revolution.

Coburn's writing and research were extensive and impressive. Her work on a history of Skowhegan yielded a huge volume of work and a collection of museum quality pieces. Coburn recognized the timeless value in sharing work and learning. As such, she was eager to create a lasting space to preserve and make her work and findings available to others. In 1936, she purchased land across from her original family home and undertook a restoration and construction project that ultimately yielded a cottage museum to store and preserve her work as well as that of home, birthplace, and related historical records.

Louise Coburn died in Skowhegan on February 7, 1949, at 93 years of age. She lived longer than all of the other Sigma Kappa Sorority founders. Upon her death, Coburn deeded the Skowhegan History House Museum to the Bloomfield Academy Trust. Transfer of the deed required that the property be maintained as a public museum during the summer months. Her will also established a non-profit corporation by the name of History House Association. This non-profit was charged with managing operations and ensuring the facility remained open to the public when in season.

Coburn and her legacy live on within the walls of this museum, as well as on the grounds of Colby, through her research, her writing, and the lives of all she has touched. 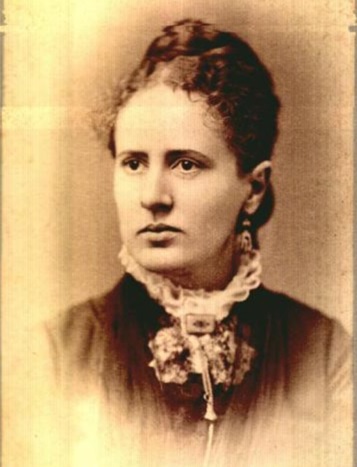 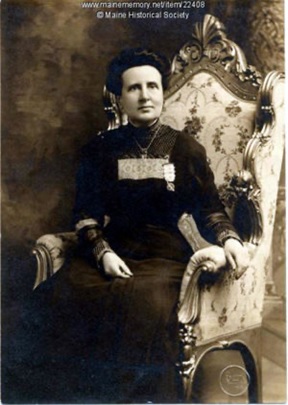