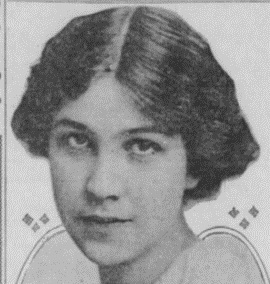 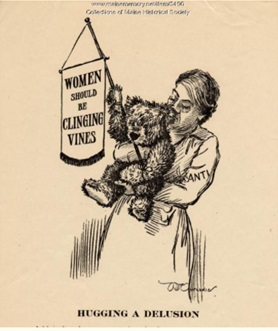 Madeline Louise Williams was born in McLeansboro, Illinois in September 1890 to Dr. Samuel Williams, a dentist, and Katherine Davisson Williams. An only child, Madeline grew up in St. Louis, MO and began her career as an actress under the stage name Madeline Louis at age fourteen. She was highly acclaimed and performed in plays throughout the United States.

Frederic William Freeman was born in Massachusetts in February 1881 to Frederic W. and Harriet Clark Freeman. A 1901 graduate of the Massachusetts Institute of Technology, he was a member of Delta Kappa Epsilon. After graduation, Frederic worked as the manager of a woolen mill and joined the Freemasons. Frederic married Lucia Maria Proctor, a Wellesley graduate, in May 1903 in Newton, Massachusetts. The couple had four children: Helen, (b. 1904); Barbara, (b. 1905); Frederic William, (b. 1907); and Robert Brewster, (b. 1909).

The circumstances of their meeting are unclear, but Louise Williams and Frederic Freeman had a daughter, Linda, on November 25, 1914 in Portland, Maine. Frederic and Lucia divorced sometime after Linda's birth, and Frederic married Louise in December 1915 in Portsmouth, New Hampshire. The 1920 census lists Frederic as a rug manufacturer living in Portland with Madeline L. and children Barbara, Frederic, Robert, and Linda.

After the birth of her daughter, Louise retired from acting and took up the cause of woman suffrage. Frederic worked alongside his wife as a suffrage activist. According to historian Anne B. Gass, Frederic was a cartoonist on the side and created pro-suffrage cartoons for the Suffrage Referendum League of Maine under the pen name Will Ourcadie. In 1918, he became a source of cartoons for The Suffragist, the National Woman's Party weekly newspaper.

Maine suffrage leader Florence Brooks Whitehouse called Louise "one of the faithful," as Louise worked closely with her, not just on suffrage matters but also on the Information Bureau of the Red Cross during World War I. Gass writes, "According to a history of the Portland [Red Cross] chapter, the two of them were 'almost constantly on duty,' ensuring that something about the Red Cross was published in local newspapers on a daily basis. National news was received from Red Cross headquarters in DC, but they were responsible for reporting on local fundraisers and events." In fact, "[b]etween the war and the picketing, the climate was so difficult that the Maine National Woman's Party had come to rely on either Robert Whitehouse or Frederic Freeman to write a check whenever money was needed, but [Julia] Emory was determined to get others to dig into their pockets as well."

Louise Freeman was a staunch Congressional Union and National Woman's Party supporter, but it appears that she worked mostly behind the scenes for the suffrage cause. There is no evidence that she gave any public speeches or led any public suffrage events. Only one newspaper article from January of 1917 lists her as a "prominent suffrage leader" present at state legislative hearings on a proposed woman suffrage amendment. Still, Congressional Union organizer Julia Emory wrote about the Freemans in a letter to Alice Paul in 1918: "You certainly made a wise choice when you picked your State Chairman for Maine [Florence Brooks Whitehouse]. She and Mrs. Freeman (and Mr. Freeman too) are the only live wires I have come across in Portland."

Frederic and Lucia Freeman's son, Frederic W. Freeman Jr., became a renowned artist and illustrator. His paintings have hung in the Smithsonian Institute, the Coast Guard Museum, and the John F. Kennedy Library.

Author's note: I am indebted to Anne B. Gass for her advice and her expertise. Her publications include We Demand: The Suffrage Road Trip and Voting Down the Rose: Florence Brooks Whitehouse and Maine's Fight for Woman Suffrage.

The Maine Memory Network, sponsored by the Maine Historical Society, maintains a collection of Will Ourcadie's cartoons viewable online: https://www.mainememory.net/search/?loc_headings=Cartoons+(Commentary).

"In Play Success of the Underworld." The Oregon Daily Journal 21 January 1912. Newspapers.com, https://www.newspapers.com/image/78373911/?terms=madeline%20louis%20actress&match=1