Eva Christine Dibert (nee Butterworth) was born to Henry James Butterworth and Alice Sophia Smith Butterworth in Woodville, MS in April 1864. She died in New Orleans, LA on August 27, 1938. Her first name is alternatively recorded as Eve in some documents. The second wife of Captain John Dibert, Mrs. Dibert was a philanthropist and prominent community member in New Orleans during her thirty-five years in the city. Mrs. Dibert's major charitable contributions supported medical facilities, and her impact continues to be celebrated.

Few details of Mrs. Dibert's life are documented prior to her marriage to Captain John Dibert in January 1884 in Orange, TX. The couple resided briefly in Lutcher, TX before moving to New Orleans in 1903. They remained at their home on St. Charles Avenue for the duration of their lives. Though the Diberts had no biological children, they informally adopted Claibourne Andrews and Gwyer Yates, Mrs. Dibert's nieces, when their mother passed away.

Like Mrs. Dibert, Captain Dibert was known for his generous spirit, and the couple appear to have been truly committed to each other. Hailing from a family in the lumber business in Clark County, Ohio, Captain Dibert transferred his knowledge of the trade to the Lutcher & Moore Cypress and White Cedar Pile & Pole Companies of Louisiana. He also expanded his business into railways and banking before passing away on June 5, 1912. One obituary reports Mrs. Dibert's continual presence at his side during his final days. As the sole heritor of her husband's considerable estate, Mrs. Dibert enjoyed greater autonomy than many of her peers and turned it to community service.

Mrs. Dibert was recognized on several occasions for her efforts. In 1917 she was awarded the Times-Picayune Loving Cup. In 1932 the Archbishop of New Orleans conferred the Benemerenti medal on Mrs. Dibert on behalf of Pope Pius XI. She was the first Episcopalian woman to receive this papal distinction because she founded the Loyola Unite Base hospital, which served in Italy during the First World War, and funded the reconstruction of the residence hall for the Sisters of Charity. As recently as 2018, she was named among three-hundred individuals representative of New Orleans in the Times-Picayune "300 for 300" series celebrating the city's tricentennial.

In addition to her awards, Mrs. Dibert's financial contributions established a legacy for herself and her husband. In 1922 the John Dibert School was dedicated in her husband's name. Most notably Mrs. Dibert's donation of more than $450,000 established the John Dibert Tuberculosis Hospital in 1926. The hospital was praised for its extensive integration of electricity, operating and dental rooms, pathology lab, and kitchen. Mrs. Dibert's cash contributions were estimated to total $2,000,000 dollars by one 1938 newspaper.

Not one to shy from authority, Mrs. Dibert also sat on the board of directors for several organizations to which she had served as benefactress, including the New Orleans Dispensary for Women and Children; the Eye, Ear, Nose and Throat Hospital; and the Interstate Trust and Banking Company. She had also wished to serve on the board of the John Dibert Tuberculosis Hospital, and welcomed the support of the Era Club in challenging her ineligible status. Her fortitude in standing for her rights is also evident in a case she won regarding one of her husband's previous turpentine renters. Perhaps thinking to take advantage of the change of ownership following Captain Dibert's death, the renter claimed there had been a breach of contract. However, he had no real case because he had never paid his rent in full to begin with.

Mrs. Dibert was reported to have been in good health until 1935. Her illness lingered for the next three years, and she passed away at the age of seventy-four. Mrs. Dibert's remains rest in the Dibert family vault, recognized for its unique architectural style, at Metairie Cemetery in New Orleans, LA. 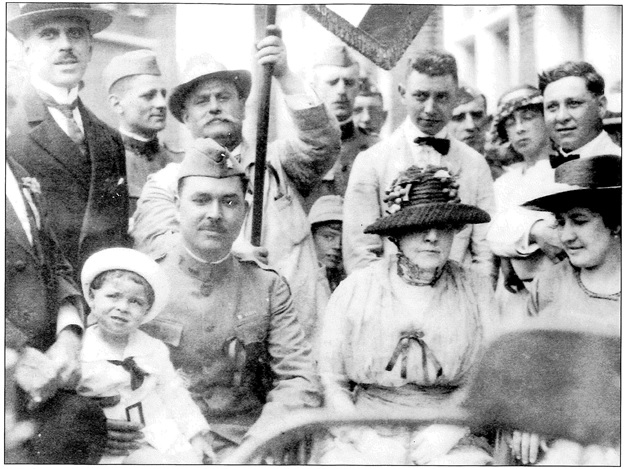 Mrs. Dibert is pictured here among a crowd celebrating the return of American doctors who served in World War I 1919. She is in the center-right of the front row (Maselli and Candeloro 114). 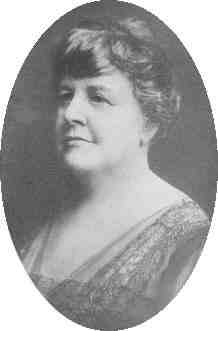 This portrait of Mrs. Dibert was shared in the New Orleans Public Library Images of the Month series in November 1997. URL: http://nutrias.org/monthly/nov97/nov97.htm.

NOLA Media Group commissioned a painting of Mrs. Dibert from artist Maddie Stratton for the Times-Picayune "300 for 300" New Orleans tricentennial celebration. The artistic rendering can be viewed on Ms. Stratton's website.

"Non-Catholic Woman in South is Recipient of Papal Decoration." 1932. In The Catholic Advance, December 31, 1932, 8. Reproduced on Newspapers.com (website).