Eliza Mason Tupper was born in Houlton, Maine, on October 8, 1844, the daughter of Allen and Ellen Smith Tupper. Allen Tupper was a Baptist minister, and Ellen Tupper was an editor and writer for several periodicals. By 1860, the Tupper family had moved to Brighton, Iowa. Eliza Tupper studied ministry at Central University of Iowa, then a Baptist-affiliated school (now Central College, Pella, Iowa). Tupper experienced a change in faith and became a Universalist. She moved to Wisconsin, where she met and married William Augustus Wilkes in 1869. Eliza Wilkes was ordained in 1871, while serving a congregation in Rochester, Minnesota. From there, the Wilkes family continued west, moving to Colorado Springs, Colorado Territory.

In Colorado, Eliza Tupper Wilkes supported woman suffrage and participated in efforts to include it with the state constitution, although the endeavor was unsuccessful. She had left Colorado by the time that the 1893 referendum enfranchised women in the state.

By 1878, the Wilkes family relocated to Sioux Falls, Dakota Territory, where they remained for several decades. Eliza Tupper Wilkes reared six children, and she kept active in church and civic activities. She helped establish a Universalist church in Sioux Falls, and she organized other congregations in the surrounding area of South Dakota, Iowa, and Minnesota. Wilkes supported efforts to create a public library; she advocated for temperance with the Woman's Christian Temperance Union; and, she was a founding member of the Ladies History Club, which later became the Sioux Falls Woman's Club. As in Colorado, Eliza Tupper Wilkes also took on woman suffrage as an important issue in Sioux Falls. In 1886, Wilkes, representing Sioux Falls, was recognized as an honorary vice president of the National Woman Suffrage Association.

In the 1890s, Eliza Tupper Wilkes made winter trips to California, including a trip to Sacramento in October 1896 to speak on suffrage with Susan B. Anthony and Anna Howard Shaw. In 1901, Wilkes moved to Santa Ana, California, where she continued both church and suffrage activities. She was a member of the Woman's Congress Association of the Pacific Coast and of the California Equal Suffrage Association. In 1905, Wilkes attended the National American Woman Suffrage Association's national convention held in Portland, Oregon. In August of the same year, a large suffrage meeting was held in Venice, California, and Wilkes held a seat on the stage as a local suffrage leader along with national leaders like Anna Shaw, Susan B. Anthony, and Caroline Severance. The Los Angeles Herald ran a picture of these women with the article reporting on the meeting. In October 1906, Wilkes lectured on the connection between woman suffrage and women's access to professional careers, and in 1911, she organized "a street meeting from an automobile" for suffrage in Pasadena. In 1913, she travelled to Budapest to represent California at the International Women Suffrage Congress hosted by the International Woman Suffrage Alliance.

Eliza Mason Tupper Wilkes died in Atlantic City, New Jersey, in 1917. She was cremated, and her ashes buried in Sioux Falls, South Dakota, alongside her husband. While her grave remains unmarked, a historical marker in Minnehaha County, South Dakota, commemorates her work there, including with the Universalist Church, the WCTU, and the Sioux Falls Woman's Club. 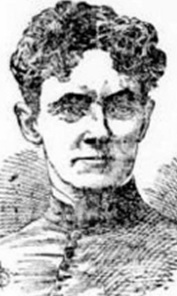