Mary Vineyard was born June 9, 1834, in Platteville, Wisconsin, into a reform-minded family. Her abolitionist parents, James Russell Vineyard and Mary Ann Thompson, left the slave state of Kentucky in 1827 for Wisconsin after freeing their slaves and brought only wage-earning black servants with them. Vineyard would be elected to the Wisconsin territorial senate and then served under General Winfield Scott's command during the Mexican-American war, where he befriended Alexander Hamilton Willard II, whose father had been part of Lewis and Clark's Corp of Discovery. After the war, Vineyard convinced Missouri native Willard to settle in Platteville, Grant County, Wisconsin, where Vineyard became a member of the state constitutional convention in 1848 and their families became closely intertwined.

After prospecting in California in 1849 with his son Joel, Alexander Willard convinced the Vineyards to relocate with his family to the Sacramento region of California in 1852. Vineyard's daughter Mary Grace married Alexander Hamilton Willard's son Joel that year and the newlyweds honeymooned on the Overland Trail with 49 members of their combined households. The first of eleven children was born to Mary and Joel Willard near Sacramento in 1853.

The families scattered when they reached California. Alexander Willard established a ranch in Franklin, about 16 miles outside of Sacramento, where Joel and Mary and their growing family joined them. Joel, a civil engineer, also worked as a road construction overseer. James Vineyard moved to Los Angeles where he ran an abolitionist newspaper and served in the state assembly and senate. When the Civil War broke out, at age 60 he enlisted as a bugler in California's 1st Cavalry of the Union Army. He died suddenly of a heart attack in August 1863, so Mary Willard moved to Los Angeles with her six children to care for her mother the rest of that year.

In 1866 Mary Willard gave birth to a daughter, Frances Lillian, two months prematurely at their ranch in Franklin, California. Because of her fragile health, Fannie, as she was called, needed constant attention from her mother, and as she grew up, the two women became exceptionally close, with Mary instilling in her daughter her dedication to progressive causes, most prominently temperance and woman suffrage. It is unclear whether Mary was ever part of any formal suffrage association in those years -- after all, she lived in a rural area where formal clubs rarely existed -- but we do know her daughter attributed her mother's devotion to the suffrage cause as the reason Frances later would become the leader of the Arizona Equal Suffrage Association.

Because of her strong bond with Frances, Mary made sure she had educational opportunities that were not extended to the other Willard children. When the family moved to Pine Valley, Nevada, in 1870, all her siblings rode horseback to a one room school house, but Mary sent Frances on the train to a better school in Palisade, and then sent her to boarding school in Maine, the Maine Central Institute in Pittsfield, where Frances earned her teaching degree.

Back in Nevada, Mary's husband Joel discovered that the winters were too cold for farming and the snow too deep for cattle. He had tuberculosis and his health was failing, so Mary encouraged him to move to a warmer climate. He set out for northern Arizona in the winter of 1878 with four of his sons and the family's cattle and horses. That was a disastrous time for the family. Mary lost her eleventh child, an infant girl, to whooping cough at their Nevada ranch. While driving their livestock in Arizona, Joel died of pneumonia near Kingman and much of the cattle was lost during that journey. Mary's four sons continued on, settling in Cottonwood, but within months two of the boys, ages 10 and 23, were drowned in the Verde River. She had lost four family members in a span of six months.

In 1883 Mary liquidated their Nevada ranch and joined the two remaining boys who had established homesteads in Yavapai County, Arizona. She purchased a tract near Cottonwood in the Verde Valley which would become known as Willard Springs. She grew alfalfa, corn, and planted an orchard. Malaria was prevalent, so Mary administered quinine and calomel to the family. She built the first brick home in the region. That home still stands and is on the National Register of Historic Places.

In Arizona Mary Willard became involved with the Good Templars, a temperance organization, hosting fundraising suppers at her home. When her daughter Frances graduated from school in Maine, she came to Yavapai County to live with her mother, taking teaching assignments in local communities.

Mary Willard was not a suffragist in the strictest definition of the word -- she was not a public speaker or an organizer for the cause. According to her granddaughter, Sally Munds Williams, she was too old fashioned and religious (a Baptist) to be a public persona in the movement. Rather, she lent her support of the movement in more subtle ways, raising her children to believe in equal rights for all and supporting them when they entered the entered the public arena to champion a cause. After Frances's marriage to John Munds at a ceremony that took place at her mother's home and the births of their three children, Mary often cared for those grandchildren, allowing her daughter the time to take a leadership role in the Arizona suffrage movement. In 1912, when Frances led a petition drive to place suffrage before the voters of Arizona on the fall ballot, Mary Willard accompanied her to meetings throughout Yavapai County, the two women traveling by wagon to remote communities over the rugged terrain.

After the successful suffrage campaign, Mary Willard registered to vote in 1913 at age 79. She remained active in the social, religious, and political life of the Verde Valley until 1918 when she fell. Now her daughter Frances returned the favor and took care of her mother. Mary never recovered her physical strength and passed away at her home in Cottonwood in 1921, a month shy of her 88th birthday, mourned by friends and family as a woman of charity and kindness. 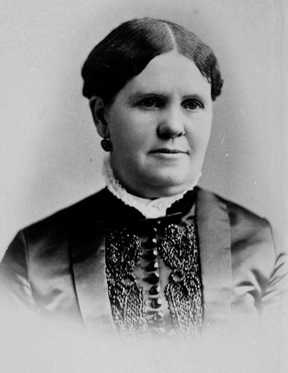 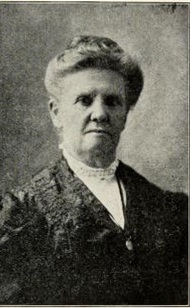