Stella Zanone was born on March 9, 1874 in Memphis, Tennessee to Mary Grillo and Giacomo Louis Zanone, Italian immigrants who had settled first in Illinois but later moved to Memphis and opened a saloon. Stella was the youngest of six children: Louisa, Cecelia, twins Augustus "Gus" and Michael "Mike," and Mary Magdalen. After Stella's mother died on August 16, 1878, the family moved to St. Louis, MO, where Giacomo opened another saloon and ran the business with the help of his sons.

On January 11, 1897, Stella married Col. James Brizzolara in Memphis. Born in Virginia to Italian immigrant parents, James studied law in Milan, Italy, and Pittsburgh, PA, was an Italian Revolution veteran, was known to have engaged "in a score or more of duels," and was called "one of the most prominent Italians in the United States" in his obituary, which was published in The Ogden Standard. James, a practicing attorney who had served as Fort Smith, Arkansas's city attorney, among other notable positions, was twenty-six years Stella's senior and had been married twice before, with five children from his previous relationships. James served as mayor of Fort Smith from 1878-1882 and was later appointed its Postmaster. Scandal rocked the Fort Smith community in 1877 when it came to light that James's first wife, Virginia "Jennie" Dunn, attempted to remarry, but was charged with bigamy because she was never technically divorced from James. Virginia claimed the marriage was null because James was her uncle, and that the Catholic Church would not recognize a marriage between an uncle and niece.

The scandal involving James's first wife did not seem to affect the Brizzolaras' standing in the community, as both Stella and James were quite involved in political and social circles in Fort Smith. In the late 1890s and early 1900s, Stella's name frequently appeared in the newspaper society pages. She often hosted picnics, dinners, and card games. She also sang, acted, and directed local theater productions. In 1900, James and Stella's household consisted of James's children, Irenie and John, a step-daughter named Rose Zarnoni, and a servant. The 1910 census lists James and Stella living with James's children Annie and John; Rose Zanoni (now called their "sister-in-law" and sometimes referred to as Rosa Zanone in local papers), a public school teacher; and three servants. By 1910, Stella's father, brother Gus, and sisters Cecelia and Mary had moved to Fort Smith to be near the Brizzolaras.

James suffered a stroke around 1909 and died on September 23, 1913 after a long illness. His obituary was a prominent centerpiece in the September 25, 1913 issue of the Fort Smith Daily Herald and chronicled Stella's "devotion...throughout the years of [James's] illness." According to the obituary, "Mrs. Brizzolara ministered to his every want, and to his intimate friends he often said, as his eye rested lovingly upon his wife, that his life was being prolonged simply by her faithfulness and sacrifice to his comfort."

As a widow, Stella focused her time and energy on many social causes, notably the Arkansas suffrage movement. In April of 1918, the Arkansas Equal Suffrage Committee held its first meeting at the Hotel Marion in Little Rock. Stella attended and served as chair of the Food Conservation Committee. At that meeting, the Equal Suffrage Committee passed several resolutions on many different issues, including censorship of vaudeville and picture shows, establishing a home for delinquent girls, supporting nationwide prohibition of alcohol, and petitioning that equal suffrage be included in the Arkansas state constitution. Stella, in particular, "stressed the possibilities offered to the women voters in school elections and in changing the property rights of women." At the conclusion of the meeting, Stella was elected the Committee's second vice-president.

In the summer of 1918, Stella was selected one of six women to represent Sebastian County and joined over fifty female delegates from across the state at the Democratic State Convention in Little Rock. At the convention, she served on both the judiciary and chancery committees and became the first woman elected to the Democratic State Central Committee in Arkansas ("and probably the first [female] member of a party state committee in the South," an Arkansas Gazette article remarked). Stella was quoted as saying, "I have enjoyed the convention very much and I appreciate greatly the honor of being the first woman elected to the State Central Committee ... One of the finest things about the convention, to my mind, was the consideration and gallantry shown the women by the men." Her comment may have been a bit tongue-in-cheek, as the previous day's newspaper reported that some male delegates "wailed that the women insisted on having every little detail explained to them and that the fair ones constantly were on the alert for fear that something might be put over on them in their unfamiliarity with the wiles of the politicians." The men also complained that women attended every minor meeting, in force, and "controlled the actions of some these committees."

Stella's position as the state's first Democratic Central Committee member earned her quite a bit of notoriety; she became a frequent speaker at events throughout the state and region, including the 1918 Fort Smith Labor Day celebration and a 1920 Civic Improvement League meeting in Siloam Springs, which 15,000 people were said to have attended. She served on the Democratic Central Committee through at least the mid-1920s.

In 1919, Stella was active in the Arkansas Equal Suffrage Association, serving as first vice-chairman and heading the committee that wrote the organization's constitution. That same year, Stella was elected first vice-chairman of the Arkansas League of Women Voters and served as the Sebastian County chairman of the organization. Stella and other League officers proudly published a Thanksgiving Proclamation in 1920, drawing parallels between the Pilgrims' journey to America and women's journey to suffrage and thanking suffrage leaders, Congress, Arkansas's governor, and "[suffrage] pioneers of Arkansas, both men and women" for their devotion to the suffrage cause.

In addition to suffrage, Stella advocated for many other social causes; she had special interests in education and the justice system. In 1918, Stella petitioned that suffragists in Fort Smith use their influence to raise money to start a girls' reform school in the city. In 1919, Stella was instrumental in establishing a state women's farm in order to provide "a means of taking care of the criminally disposed women of the state" and served on its first governing board. The board purchased a 185-acre farm complete with a twelve-room house that boasted indoor plumbing, hot-air heating, and electricity. She served as a member and officer in several other clubs and organizations, including the Fort Smith City Federation of Women.

Stella died on April 16, 1949 at City Hospital in Fort Smith. Her obituary lists her survivors as one daughter, Mrs. Morton Faunderward; one son, John Brizzolara; one sister, Mrs. Marshall Moise; one nephew, Anthony Keine; and one niece, Miss Lenore Pironi. She is buried near her husband in Calvary Cemetery in Fort Smith. 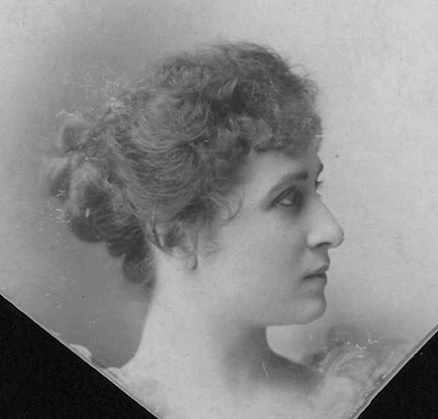