Arizona lawyer, feminist and women's rights advocate, Alice Mabeth Birdsall was born in Waterloo, Iowa on July 27, 1880. Her parents were George B. and Anna (McCaffrey) Birdsall. An early settler of Waterloo, George Birdsall was a Civil War veteran and Anna McCaffrey was a teacher before her marriage. Alice was a brilliant student and graduated from Waterloo high school in 1895. After studying at the Iowa State Normal School in Cedar Falls, Iowa and working as a legal clerk in her brother's law office, she moved to Pomona, California where she lived with a relative. In 1902, Alice moved to Whittier, California where she was employed as a law clerk for Madison T. Owens and as a stenographer for the California state legislature. Seeking new opportunities, Alice moved to Globe, Arizona in 1905 where she worked as a stenographer at a real estate office and was the Gila County notary public. In 1907, Alice moved to El Paso, Texas where she worked as a stenographer in the legal office of John L. Dyer, the El Paso city attorney.

Through these years while working as a stenographer or law clerk in legal offices, she remained steadfast in her goal to become a lawyer despite the difficulties women faced in the early 20th century for gaining admission to law schools and practicing law in a male-dominated profession. In 1912 Alice moved to Washington D.C. to attend the Washington College of Law, the first law college in the United States established to educate primarily women students. The Washington College of Law was organized in 1896 by lawyers Ellen Spencer Mussey and Emma Gillette. Due to her extensive experience as a legal clerk, Alice succeeded in persuading Dean Mussey to let her complete three years of coursework in one year. After working by day and attending law school at night for one year, Alice graduated with a 98 plus average which was the highest scholastic grade earned by a student since the law college opened. Despite her busy schedule, Alice marched with her fellow classmates in a women's lawyer section of a suffrage parade in Baltimore, Maryland which occurred a few months before the March 1913 suffrage parade organized by Alice Paul in Washington, D.C.

After graduating from the Washington College of Law in 1912, Alice was admitted to the District of Columbia Bar Association. She returned to Globe, Arizona where she became a partner with Arizona's first woman lawyer Sarah Herring Sorin, a lawyer who made history in 1906 when she was the first woman to try a case before the United States Supreme Court without assistance by a male lawyer. When Sarah Herring Sorin died in 1914, Alice moved to Phoenix where she lived in the Adams Hotel and began a solo law practice. Her law office was located on the fourth floor of the Fleming Building where ten other lawyers practiced. As she moved into her office space, a lawyer named Barnett Marks knocked on her office door and asked Alice if she was a lawyer. After discovering she had been admitted to the Arizona Bar Association, a flustered Marks exclaimed, "I wouldn't know how to treat a woman lawyer in a case if she were opposing me." Alice coolly responded, "Well, Mr. Marks you do or say anything your heart desires and I'll take care of myself." At this time she was the only female lawyer practicing in Maricopa County. Alice acquired a formidable courtroom reputation and on one occasion a male lawyer exclaimed, "I'd just as soon have any other attorney in the state across the table than Alice Birdsall." In 1933 she moved her residence from the Adams Hotel to the San Carlos Hotel and her legal offices from the Fleming Building to the Luhrs Tower Building which was the tallest building in Phoenix at that time.

It was the beginning of a long and distinguished legal career which ended when Birdsall retired at 78 in 1958. During these years, Alice became an expert in bankruptcy law, an advocate for women's rights, and defender of children's issues. In 1912, the Arizona Federation of Women's Clubs asked Alice to explore the feasibility of introducing a bill to legitimize illegitimate children by giving them their parent's names. Alice wrote a bill which was subsequently sponsored by state legislator C. Louise Boehringer in 1921 and signed into law by Governor George W. P. Hunt.

In 1914, Alice represented the Gila County Anti-Division Association which opposed creation of a new Miami County from part of Gila County. Alice spoke at a meeting of the Maricopa County Farmers' Union and gained their support to oppose the proposed Miami County in addition to speaking at many other events. After extensive lobbying, the issue was introduced as a proposition in the November 1914 election and was defeated by a vote of 30,000 to 5,800.

When Alice moved to Phoenix, she quickly became accepted by the Maricopa County legal community despite being the only woman member of the Arizona Bar Association. In 1916, she was one of the speakers at the annual Arizona State Bar Association banquet. Shortly afterward, she was elected treasurer of the state bar association, a position she held for several years.

In 1936 in recognition of her knowledge of bankruptcy law, Alice was appointed to the American Bar Association's bankruptcy committee. In a report to the Association of Women Lawyers she wrote,

"I was honored by being placed on the advisory committee on bankruptcy of the standing committee on bankruptcy of the American Bar Association for the State of Arizona -- there being only one member appointed from each state and so far as I can see, I am the only woman of the 48 state appointments -- which as you know, is something from the conservative American Bar Association."

In addition to maintaining an active law practice, Birdsall also was the official reporter of decisions for the Arizona Supreme Court from 1915 to 1926. She was the first woman in the United States to hold this position. In this capacity, she was responsible for recording court decisions and during her tenure she prepared and published 26 volumes of Arizona Supreme Court decisions, which were distributed to all judges and court clerks in Arizona.

"Until the women shake off the apathy and indifference concerning the conditions of today, we cannot hope for betterment in the jury. Women are badly needed on juries and are capable of serving. Their influence could do much toward raising the juries to a higher standard and it is their responsibility and duty to serve. Many of the juries of today are a disgrace to our form of government."

She was equally committed to passage of the Equal Rights Amendment. At a 1939 National Business Women's Banquet for the Arizona Federation of Business and Professional Women's Clubs, keynote speaker Alice Birdsall declared:

"Whatever progress women have made in business and the professions in this state...I can say with all sincerity has not been achieved in any great part by any real aid or cooperation given by the masculine governing powers either state, county, or municipal. The best they have had is a little innocuous lip service at election time with generally a subsequent failure or refusal to take any positive step to promote women's cause. Until the equal rights amendment, now before congress, is adopted there is not and will not be the equality for which you strive. In working for its attainment, women must not overlook the continuous flank attacks put forward on practically every line of endeavor, except possibly the washtub and the cookstove."

Despite her professional obligations, Alice was active in civic organizations and women's organizations. She was president of the Phoenix Business and Professional Women's Club, and a member of the Order of Eastern Star, American Bar Association, Arizona State Bar Association, California State Bar Association, District of Columbia Bar Association, Association of Women Lawyers, and the Commercial Law League of America. She worked tirelessly to use her skills as a lawyer to improve her community and address women's rights by drafting legislation and writing bylaws for women's organizations. Some of her more notable achievements included organizing and leading an automobile parade of 50 suffragists to lobby United States Representative Carl Hayden for passage of the suffrage amendment in 1915, chairing a committee to organize a woman's branch of the Democratic Party in Arizona in 1919, chairing a committee to aid 200 unemployed young women in 1920, and serving on an executive committee to re-organize and expand the Phoenix Chamber of Commerce. Perhaps her most outstanding achievement was serving as the Arizona chair of the Women's Liberty Loan Committee from 1917-1919. In this capacity, she successfully raised millions of dollars to support World War I expenses. It was a demanding position which required extensive traveling to speak in communities throughout Arizona to recruit and organize women at city, county, and state levels, writing newspaper articles, organizing parades, and representing Arizona at national Liberty Loan Committee conferences. In 1919, Arizona's quota for women was $1,096.585 and Arizona women raised 49% of Arizona's total loan campaign or $5,422.250. A dedicated Democrat, Alice was a delegate to the Democratic National Convention in San Francisco in 1920.

At age 78, Alice Mabeth Birdsall retired in July 1958. Three months later, she died in Phoenix. In 2010 she was inducted into the Arizona Women's Hall of Fame in recognition of her legacy and achievements as one of Arizona's first women lawyers. 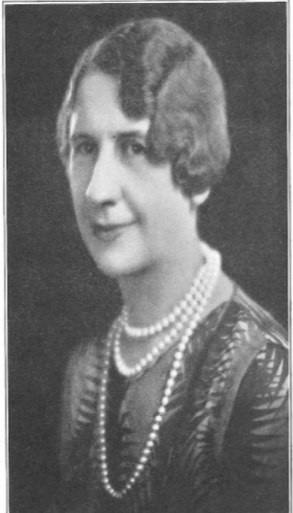