Biographical Sketch of Ruth May Fox

Ruth May was born in 1853 in Westbury, Wiltshire, England. Her mother died when she was 16 months old. She and her father moved to Yorkshire when she was 8 and then immigrated to Philadelphia when she was 12. Her father was a carder in a textile mill. During her childhood, her family joined the Church of Jesus Christ of Latter-day Saints. Her father remarried and the family migrated by oxcart to Utah's Salt Lake Valley. They arrived in October 1867, when Ruth was fourteen. She attended four years of high school, but also helped her father in a woolen mill until her marriage at nineteen to Jesse Williams Fox, Jr. For the first time, Ruth experienced financial prosperity as her husband was a surveyor and successful speculator. They eventually became the parents of twelve children.

Ruth May Fox lived in Salt Lake City for more than six decades, being recorded in every federal census between 1880 and 1940. Her husband, Jesse, had no listed occupation in 1900 but the family was said to be renting a farm. In 1910 Jesse was listed as a "mine manipulator." In 1920 Ruth, now 66, lived with a married son and his family. She provided "office help" in a church office. She was still married, but her husband was not recorded in this household. In 1930 she was widowed, lived alone, and was recorded as the president of a church organization. In 1940, now 86, she lived with a married daughter, Florence, and her family

In 1888, Jesse married a plural wife. Ruth was "not happy about it," but "like every other Latter-day Saint woman in like circumstances," she "bore her cross faithfully." Only a few years later, in 1893, the economy collapsed and the Fox family never fully recovered financially.

It was about this time that Ruth began to expand her circle of influence. Service in her congregation had been a natural part of her life from her youth, but in 1892 Ruth began her association with Utah women's clubs, including becoming treasurer of the Utah Woman Suffrage Association. She said her "willingness to work was soon discovered," which led to her being asked to join a variety of groups. In 1895 she became president of the Young Ladies' Mutual Improvement Association for her ward, a position she held for almost a decade. In 1905 she became general president of the (renamed) Young Women's Mutual Improvement Association. A poet, she also began publishing her poems in newspapers.

A pivotal moment in her public life came when she became a charter member of the Utah Woman's Press Club, where she developed close relationships with prominent Utah women, particularly Emmeline B. Wells. Emmeline and Ruth formed an almost mother-daughter relationship. Together they joined the Republican Party and toured a variety of Utah settlements, speaking publicly to promote Republicanism and woman suffrage.

Ruth worked to improve the lives of women, speaking to many groups, helping draft petitions to include women's suffrage in the State Constitution that Utah delegates would propose in its 1895 bid for statehood, and walking all over Salt Lake City to solicit signatures. Her efforts proved successful when Utah's constitutional delegates voted to include an equal suffrage clause. Even before Congress approved the Constitution, Ruth noted in her diary that Utah's "statehood was assured, and that means rights for women." 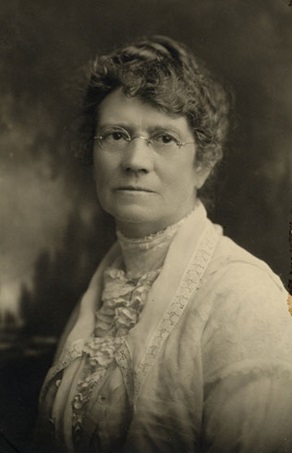 In her "Lecture on Suffrage" delivered to the Reapers' Club that year, she declared: "Never let it be said that women are regardless of the rights of their sisters, rather let us labor for them and with them, let us educate them until they shall assert their independence and shake the shackles from their wrists, thus may we lift them to a higher plane. . . . I say women to the rescue; women to the front; join with good men . . . let the work roll on, and the word go forth that women will neither be bribed nor persuaded from the path of duty but once knowing it, will do it or die. Let her conscience go into politics as it has in her home so shall she carry the white banner of purity and liberty, casting her ballot at all times for the best good of all mankind."

In 1898, Fox joined the general board of the LDS Church's organization for young women, then called the Young Ladies' Mutual Improvement Association. From 1929 to 1937 she served as general president of the organization. She retired from that position but continued a full life for another twenty years. She passed asway at 104, Utah's oldest resident, in April 1958. 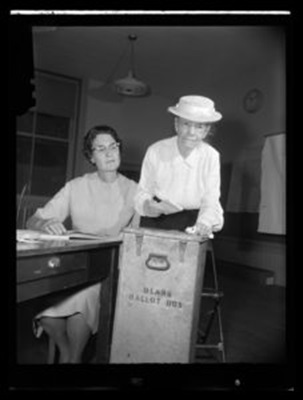