Marion Robbins Horton was born in Brooklyn, New York on April 22, 1876 to Charles S. and Melinda Horton. After the family relocated to Melinda's hometown of Windsor, Vermont, Charles died. In 1888 Melinda married William Fullerton, a retired business man. Marion Horton attended Bishop Hopkins School for Girls in Burlington, Vermont and studied vocal and instrumental music in Boston before she received a BA in surgery in 1904 and an MD with honors in 1905 from Boston University. She studied medicine in Europe, and in 1911 attended the Brooklyn Institute of Arts and Science summer program in eugenics at Cold Spring Harbor, Long Island. Horton is listed in city directories as a physician in Brookline, Massachusetts from 1907-1914. She also lectured at the Boston University School of Medicine. In 1912, she announced that she would devote her attention to obstetrics at the Homeopathic Hospital in Boston. The 1913 annual report of the New England Moral Reform Society's Talitha Cumi Maternity Home in Jamaica Plain lists Horton as an attending physician.

Around 1913, when her stepfather died, Horton returned to the family home in Vermont, and emerged as a speaker and leader for progressive reform, relief work, and suffrage. In November 1912, she was chosen as the chair of the newly organized Windsor Women's Progressive Club. In 1913 and 1914, she spoke before the Mothers' League of Woodstock; in 1914 the subject of her talk was eugenics. Horton was active in Red Cross activities during World War I and served as president of the Windsor chapter in 1917 and 1918.

In August 1918, Lilian Olzendam, the chair of the Vermont Equal Suffrage Association (VESA) Ratification Committee, asked Horton to serve as the Windsor County chair for ratification work. At the end of the year, Horton organized a large meeting in Windsor where Olzendam and VESA secretary Ann Batchelder spoke. At the VESA annual convention in March 1919, Horton was elected president of the organization and chosen as a delegate to the North American Women Suffrage Association's annual convention in St. Louis. In May, the Windsor Equal Suffrage League was established, with Horton as chair. At a Windsor County suffrage convention held in June, Horton outlined three goals for VESA: uphold presidential suffrage for Vermont women despite Governor Clement's veto, work for Vermont ratification of the 19th amendment, and support political education. To those ends, Horton spoke to granges, women's clubs, suffrage leagues and other organizations around the state.

In 1920, Horton was one of twelve U.S. delegates to the eighth congress of the International Woman Suffrage Alliance in Switzerland. A Delaware newspaper described Horton as one of the delegates who had achieved a world-wide reputation and noted that because she was engaged in important surgical work abroad, she would join the delegation in Geneva.

After her mother died, Horton established a summer residence on Mountain Road in Windsor, adjacent to property occupied by her friend and companion, Anna Benedict, who was the head of VESA's political education committee during Horton's term as president. Horton spent winters in the Boston area for many years, lived in New York City, and traveled frequently to Europe. It is not clear if she continued to practice medicine. Horton died in 1954 and was buried in Windsor. 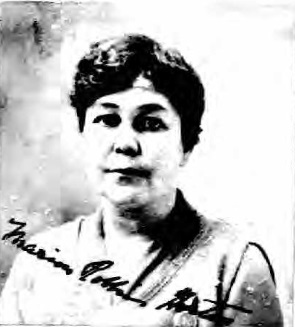