Anna Benedict was born July 4, 1876 in Brooklyn, New York to Benjamin Lincoln Benedict and Martha Benedict. Lincoln Benedict served as Clerk of the Circuit and District Courts in New York. After he retired, the family moved to his hometown of Burlington, Vermont in 1913. Lincoln, with his brothers and others, was an owner of the Burlington Free Press, an influential statewide daily newspaper that supported woman suffrage. In Burlington, Anna Benedict contributed to World War I relief and provided piano accompaniment at concerts and recitals.

Benedict was very active in the Vermont suffrage movement during 1919 and 1920. As the head of the Vermont Equal Suffrage Association's (VESA) political education committee, she organized lectures and classes to prepare women for political involvement and educate them about civic problems. From November 1919 through January 1920, Benedict and VESA president Dr. Marion Horton spoke to granges, women's clubs, suffrage leagues and other organizations around the state to gain support for ratification of the 19th amendment and to promote citizenship education. Early in the tour, the Rutland News reported that Benedict "freely admits that she is not at all interested in the aggressive propaganda of the suffragists" and "wants women throughout the state to study civic problems, not from the fighting side, but from the standpoint of being well informed."

Benedict's committee enlisted Nancy M. Schoonmaker to lecture and lead citizenship schools. Schoonmaker had organized a very successful citizenship education program for the Connecticut Woman Suffrage Association and was the National Woman Suffrage Association's regional director of civic education for much of New England. At a meeting of Burlington's Equal Franchise League on January 22, 1920, Horton expressed the hope that through the citizenship schools "women of the whole state may learn to vote intelligently" and Benedict enlisted support for the first school, which was held in Burlington from February 16-18. Schoonmaker delivered lectures on political parties and elections, how cities are governed, town and county governments, state and national governments, and the League of Nations.

Later in February, Benedict accompanied Schoonmaker on a statewide speaking tour. They addressed women's clubs, suffrage leagues, and civic groups in Montpelier, Springfield, Bellows Falls, Brattleboro and White River Junction. In May, Springfield's Good Citizenship Club and the Loya Club in White River Junction each sponsored a citizenship lecture series. In Springfield, fifty to sixty women heard Schoonmaker talk about the principles of government, the problems, and possible remedies.

The VESA dissolved in July 1920. At its last annual convention, Benedict delivered a report about the political education committee's work. After the 19th amendment was ratified--without Vermont's vote--200 women gathered in Burlington on September 7 to learn about their new duties and privileges. When Benedict spoke, she credited the suffrage organization for helping Vermont women realize their obligations as voters and she urged them to vote in the upcoming primaries "for the glory and credit of their state."

Benedict lived in Burlington until 1920. After her father's death, Benedict moved to Windsor, Vermont, where she purchased property adjacent to the summer home of her friend and companion, and former VESA president, Marion Horton. Benedict died in 1954 and was buried in the Benedict family plot in Greenmount Cemetery in Burlington. 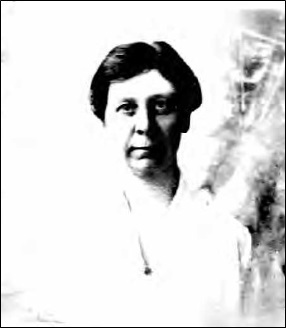