Alice Bertha Curtis was born in Holland, Iowa on January 1, 1874 to English immigrants Thomas and Elizabeth Curtis. The family later settled in other parts of Iowa including Colfax, Jackson, and Allison, where Thomas and later his son William were listed as farmers. While Elizabeth had no occupation, both parents could read and write and appeared to encourage their four daughters to pursue an education--all were listed as schoolteachers by 1900. Details about her childhood can be found on the book jacket of her story Children of the Prairie: "In those days Iowa was turning from the flax- and wheat-growing of pioneer days to the production of oats and corn and hogs. She went to a small schoolhouse... [and] had a Cornish pony, for all her forebears came from Cornwall, England." Alice and her older sister Edith ultimately both attended Iowa Teachers College and later furthered their education at the University of Iowa, where Alice earned a bachelor's degree in philosophy in 1903. By 1907 Alice was Professor of English at the State Normal School (now University of Northern Iowa).

Alice later relocated to Wisconsin where she taught at the State Normal School in Milwaukee and became active in the women's suffrage movement. By late 1911 she resigned her post to become a state organizer of the Political Equality League (PEL), which campaigned for the 1912 referendum to give women the right to vote. As part of the movement, Alice gave speeches across the state, including a suffrage campaign via river boat from Oshkosh to Green Bay. 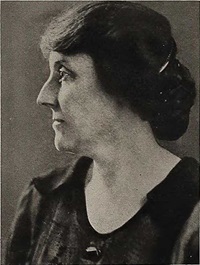 Alice Bertha Curtis during her time in New York, c. 1922

Following the defeat of the suffrage referendum, Alice remained in her role at PEL, demonstrating in favor of a constitutional amendment in a "siege" of the state senate chambers the following year. During this time, she also earned an M.A. at the University of Chicago and taught classes in organization and public speaking at suffrage conventions in Wisconsin and Michigan. However, a second push for suffrage in June 1915 failed in the Wisconsin state legislature.

Despite her successful organizing for the Wisconsin suffrage movements, Alice resigned her position and relocated to Iowa to care for her father. Back in her home state, she continued to advocate for the suffrage cause:

"It must be remembered Wisconsin is a strong brewery state, the strongest in the country, and it is a state with a large population. That is a hard anti-suffrage combination. Iowa with its large rural population is a far better suffrage field." Considered a "gift to Iowa," Alice was soon serving as executive secretary of the Iowa Equal Suffrage association in advance of the state's 1916 referendum.

Although the Iowa referendum too lost, Alice expanded her involvement in the movement, traveling across the country and participating in suffrage campaigns in West Virginia, Oklahoma, and New York just to name a few. In these efforts she assisted fellow Iowan and National American Woman Suffrage Association President Carrie Chapman Catt as her private secretary, relocating to the organization's offices in New York and Washington. 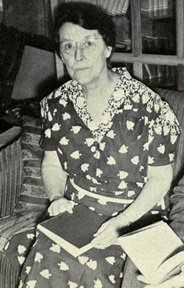 With the changes in the postwar era and the advent of women's suffrage, Alice worked with the YWCA and women physician groups to offer lectures on topics including citizenship and sex education. Alice eventually settled in Fort Collins, CO, where she was Associate Professor of English at Colorado A&M College (now Colorado State University) for twenty years until her retirement in 1942. She also published works including articles, short stories, and poems, perhaps the most well known being two children's books, Children of the Prairie (1938) and Winter on the Prairie (1945). Alice died on April 19, 1956.

Aurora Suffrage Organization a Model; One of the Youngest in the State. Chicago Daily Tribune, Apr 27, 1913, H2. Proquest.

Ballots for Both in the Pine Tree State. Daily Kennebec Journal (Kennebec, ME), Jul 10, 1917, 6. Newspaperarchive.com.

Ballots for Both in the Pine Tree State. Daily Kennebec Journal (Kennebec, ME), Jul 18, 1917, 6. Newspaperarchive.com.