Kate Gary was born in 1884 in South Carolina, the daughter of Edwin Forrest Gary and Kate Niles Gray. In December 1917 she married Ambrose P. Winston (1867-1959), sixteen years her senior, and the couple resided in. Chevy Chase, Maryland. He taught as a professor of economics at the University of Colorado and the University of Tokio. They eventually had two children, born in 1925 and 1928.

In 1918 Kate Winston joined the White House picketing organized by the National Woman's Party (NWP) and became an active member of the NWP. She participated in the campaigns against Democratic senatorial candidates in the fall of 1918. She was also a key participant in the Watchfire Demonstrations in Washington, DC in 1919. Winston dropped into the watchfire a quote from President Woodrow Wilson's Milan, Italy speech: "The sons of Italy and America" had fought the war "to bring freedom to all people." Winston stood her ground at the demonstration, served as a silent sentinel for one of the urns that held a fire, and bore torches and the suffrage tri-color flag to show her support and dedication to women's suffrage. As a result, she served five days in District Jail, complaining of "the plentiful 'vermin,'" and was released January 12. Winston later joined the tour of the western United States when women who had been imprisoned spoke about their arrests and the hardships they faced in prison.

There is little information about Kate Winston outside of her involvement in the Watchfire Demonstrations. By 1921, she and her husband appear to have moved to Austin, Texas where she joined the University Ladies' Club. Ambrose Winston continued to work as a university professor there until sometime after 1930, according to the federal census. Kate Winston passed away in Austin in September 1979 at the age of 95

A photograph of Kate Winston is in Doris Stevens, Jailed for Freedom (New York: Boni and Liveright, 1920), included after page 343, with the second page of photographs. 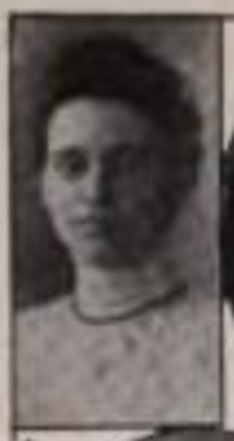