Biographical Sketch of May Wright Sewall 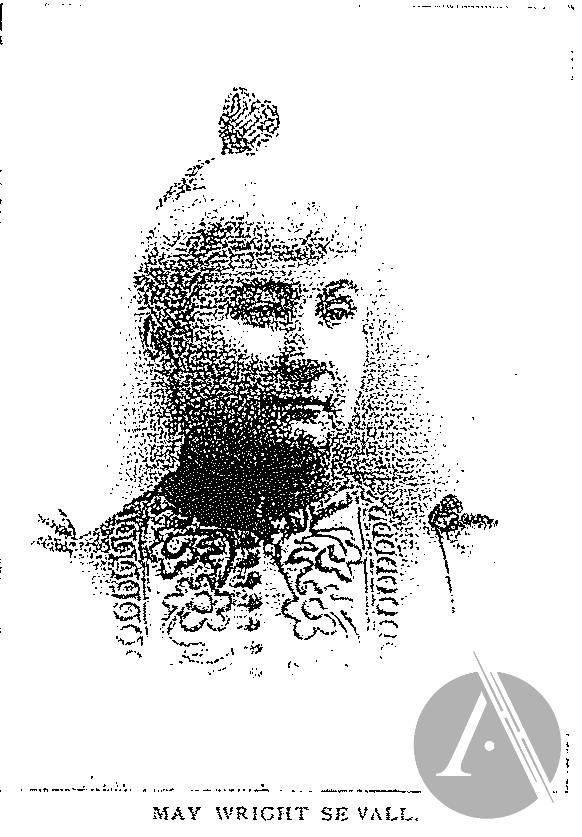 SEWALL, Mrs. May Wright, educator and woman suffragist, was born in Milwaukee, Wis. She is descended on both sides from old New England stock, on the father's side from the Montagues, of Massachusetts, and on the mother's side from the Bracketts, of New Hampshire. Her father, Philander Wright, was one of the early settlers of Milwaukee. Miss Wright entered the Northwestern University, in Evanston, Ill., and was graduated in 1866. She received the master's degree in 1871. After an experience of some years in the common schools of Michigan, she accepted the position of principal of the Plainwell high school, and later was principal of the high school in Franklin, Ind. From that position she was called to the Indianapolis high school as teacher of German, and was subsequently engaged to work in English literature. That was in the year 1871, and since that date she has resided in Indianapolis. In 1872 she became the wife of Edwin W. Thompson, of Paw Paw, Mich., a teacher by profession, but an invalid. Mr. Thompson died in 1875. In 1880 Mrs. Thompson resigned her position in the Indianapolis high school, receiving the unprecedented compliment of a special vote of thanks from the school board for her conspicuously successful work. In October of the same year she became the wife of Theodore L. Sewall, a graduate of Harvard, who had opened a classical school for boys in Indianapolis in 1876. In 1883 Mr. and Mrs. Sewall opened a classical school for girls, making the course identical with the requirements of the Harvard examinations for women. A private school for girls which made Latin, Greek and mathematics through trigonometry a part of its regular course was then a novelty in the West, but the immediate success of the girls' classical school showed that the public was quick to appreciate thorough work in the education of girls. The labor of carrying on two separate schools and a large boarding department becoming too great for one management, Mr. Sewall disposed of the boys' school in 1889. and since that time Mr. and Mrs. Sewall have given their whole attention to the school for girls. The school now has an annual enrollment of one-hundred-ninety pupils,