Biographical Sketch of Therese A. Jenkins 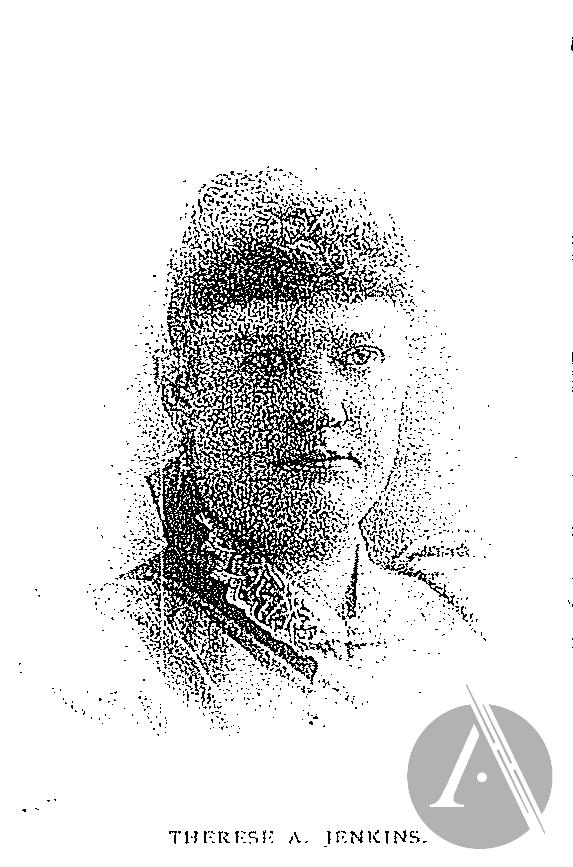 JENKINS, Mrs. Therese A., woman suffragist, born in Fayette, Lafayette county, Wis., in 1853. She is a daughter of the late Peter Parkinson, one of the pioneers of Wisconsin, who fought in the Black Hawk War and won military honors. Miss Parkinson became the wife of James F. Jenkins, a wealthy merchant of Cheyenne, Wy., in