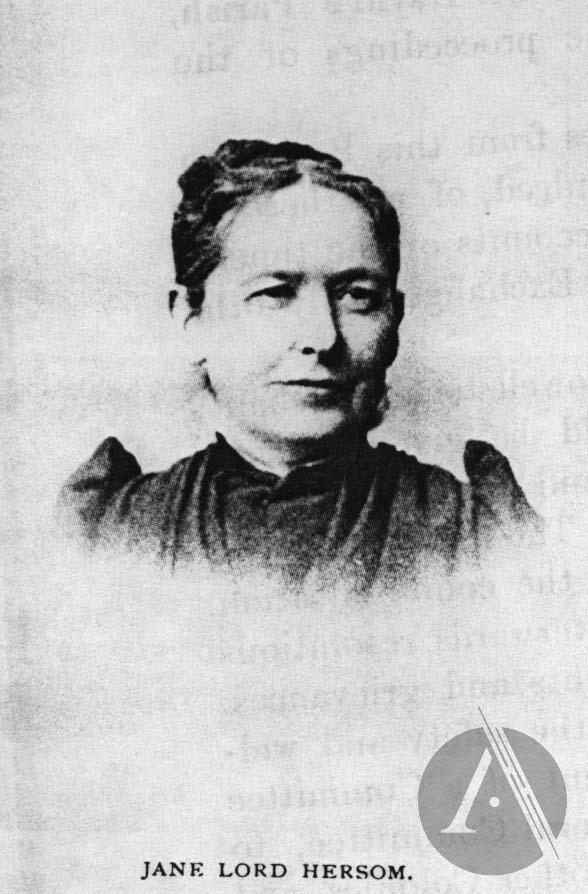 HERSOM, Mrs. Jane Lord, physician, born in Sanford, Me., 6th August, 1840. Her father and mother were of good English descent. She was educated in Springvale, Me., whither the family had removed. She began to teach before she was sixteen, going to school in the fall and winter and teaching in the summer. In 1865, when twentyfive years of age, she became the wife of Dr. N. A. Hersom. He took his bride to Farmington, N. H., where they settled. In 1862 Dr. Hersom had entered the army as an assistant surgeon, was promoted to first surgeon, and afterwards had charge of a field hospital. After the war he began a laborious country practice. His strength soon gave way so as to necessitate a vacation of five years.