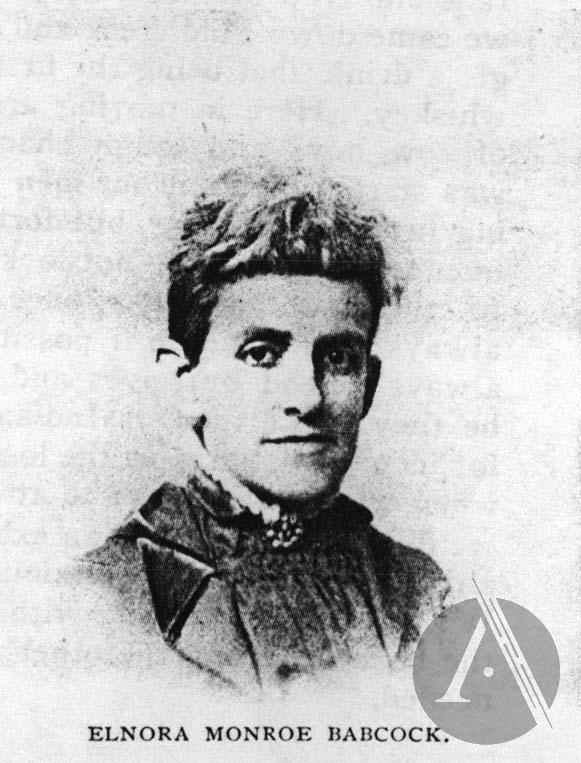 BABCOCK, Mrs. Elnora Monroe, woman suffragist, born in Columbus, Pa., 11th January, 1852. Her maiden name was Monroe. She was married at the age of eighteen to Prof. John W. Babcock, of Jamestown, N. Y., who for the last twelve years has been city superintendent of public schools in Dunkirk, N. Y., where they now live. From early girlhood she felt the injustice of denying to woman a voice in government, but took no very active part in the reforms of the day until 1889, when a political equality club was organized in Dunkirk, of which she was made president. This club flourished, and before the close of her first year as president of the Dunkirk club, she was elected president of the Chautauqua County Political Equality Club, the most thoroughly organized county in the United States, having twenty-five flourishing local clubs within its borders and a membership of 1,400. At the close of her first year as