Caroline Lexow Babcock was an American suffragist, pacifist, and feminist born in New York City on February 5, 1882 to Clarence Lexow and Katherine Morton (Ferris) Lexow. Babcock grew up in Nyack, New York, where her father was a lawyer and Republican state senator. During his time in the New York State Senate, from 1894 to 1898, Clarence Lexow led a major senate investigation into police graft in New York City that laid the groundwork for widespread political reform in city government. Babcock attended private schools in Nyack and New York City and went on to graduate magna cum laude with a degree in economics from Barnard College. She married Philip Westerly Babcock, an executive at Standard Oil, in 1915, and the couple had three children--Caroline, Philip, and Katharine.

Babcock developed an interest in women's suffrage during her time at Barnard. Following graduation, she organized the New York chapter of the College Equal Suffrage League. She served as president of the league's organization in New York State before taking a post--at the invitation of Bryn Mawr College president M. Carey Thomas--as executive secretary of the National College Equal Suffrage League. In 1907, Babcock met Harriot Stanton Blatch, daughter of the distinguished suffragist Elizabeth Cady Stanton, at a meeting of radical suffragists that featured Anne Cobden-Sanderson, a socialist and leading figure in the Women's Social and Political Union (WSPU) in Britain. Babcock and Blatch struck up an enduring friendship, and Blatch soon recruited Babcock to work alongside her in Albany at the Equal Franchise Society and the Women's Political Union (WPU). The latter organization, founded originally by Blatch as the Equality League of Self-Supporting Women in 1907, was patterned after its British counterpart, the WSPU, using direct action tactics and mass demonstrations to politicize the issue of suffrage.

Babcock was hired as field secretary for the Women's Political Union beginning in 1910 and later earned a promotion to executive secretary. She worked aggressively to attract new members to the organization, traveling throughout upstate New York to establish chapters in towns and villages where the more mainstream New York State Woman's Suffrage Association had a limited presence. Babcock logged countless hours on the road and nearly pushed herself to the brink of collapse by 1913. As she told a friend in a private correspondence, "I travel, travel, travel!...Factory sweatshop workers have more time than I and more energy left." Babcock fought on in spite of the grinding schedule. Blatch picked her to supervise the WPU's final preparations for the 1915 suffrage amendment campaign in New York after the unexpected death of Blatch's husband just months before the November election. Babcock declined the offer due to her recent marriage and impending childbirth. The amendment was voted down in New York in 1915, although only narrowly in Babcock's home county of Rockland. By the time suffragists won the vote for women in New York two years later, Babcock had pivoted from suffrage to peace activism.

Babcock joined the New York City Woman's Peace Party in 1914 just as Europe descended into war. The group, composed mainly of veteran suffragists, simultaneously attacked militarism and called for "the equal participation of women with men in the political sphere." At the conclusion of World War I in 1918, Babcock led a faction of women in breaking away from the New York City Woman's Peace Party. The radical wing of the organization, which also included Fanny Garrison Villard and Elinor Byrns, had argued for a stronger commitment to pacifism beyond mere protest against the war. The new group, calling itself the Women's Peace Society, embraced a philosophy of nonresistance that denounced all forms of violence. The Peace Society grew its membership to more than a thousand by the end of 1920, employing tactics learned from the suffrage movement to challenge received wisdom about war's ability to solve international disputes. In 1921, however, a quarrel over the meaning of nonresistance--in particular whether support for war of any kind, including indirect support, constituted a violation of the principle of nonresistance--led Babcock and Byrns to cut ties with Fanny Villard, daughter of famed abolitionist William Lloyd Garrison, and the Peace Society.

The two women subsequently established the Women's Peace Union of the Western Hemisphere and shaped the new organization's platform around the idea of unconditional nonresistance. For both Babcock and Byrnes, unconditional nonresistance meant not only condemning violence but an absolute rejection of all war and a refusal to participate, even in a relief capacity, in war. The two women sought partnerships with activists in Canada and Latin America who shared their uncompromising pacifist vision. With the human carnage caused by World War I still fresh on their minds, Peace Union members affirmed "never to aid in or sanction war, offensive or defensive, international or civil, whether by making or handling munitions, subscribing to war loans, using our labor for the purpose of setting others free for war service, helping by money or work any organization which supports or condones war." Guided by this pledge, Babcock and Byrns lobbied for a practical outcome for unconditional nonresistance during the mid-1920s in the form of federal legislation that aimed to eliminate war through disarmament and demilitarization.

Babcock and Byrns found an ally in Congress to assist them in their struggle to "outlaw war," working closely with Republican senator Lynn J. Frazier of North Dakota to draft a constitutional amendment that, among other things, proposed to deny Congress its authority to declare war. Babcock and Byrns supplied the language for the planned amendment in 1923, and Frazier pursued the amendment's passage with dogged determination in Congress beginning in 1926 and each legislative session thereafter until 1940. Although the amendment never gained traction in Washington, the Peace Union found small consolation in the ratification of the 1928 Kellogg-Briand Pact. Fifteen countries, including the United States, signed the original agreement committing them to reject wars of aggression while utilizing peaceful means to resolve conflict. The pact, however, lacked powers of enforcement and intentionally left out any mention of wars that arose from acts of self-defense. According to historian Harriet Hyman Alonso, Babcock regarded Kellogg-Briand as "a kind of stepping stone" to a more comprehensive, legally binding agreement to prohibit war, rather than as a final word on the subject.

During the 1930s, with the Peace Union's funds dwindling and the amendment campaign stalled, Babcock returned to women's rights activism. She continued to find an outlet for her pacifism, most notably as eastern director for the Campaign for World Government in the late 1930s and early 1940s, but her attention turned in this period to securing equal rights legislation for American women. In 1938, she accepted a post as executive secretary of the National Woman's Party (NWP) in Washington, joining fellow feminists in the push to end discrimination based on sex. Babcock spent the next eight years with the NWP during a time of ideological transition for the organization. Babcock, Olive Hurlburt, Doris Stevens, Alma Lutz and other women of the so-called "action" wing of the NWP argued that the appropriate emphasis of NWP activism was a national campaign for an equal rights amendment. Alice Paul, the longtime head of the NWP, and her supporters contended that equal rights for women had matured into an international issue that required dedicated funds and support for a global campaign. The infighting over the NWP's mission led to irreconcilable tension that concluded in 1947 with a lawsuit and each faction establishing its own national convention.

In her later years, Babcock continued to lobby for an equal rights amendment. Well into her eighth decade in the 1960s, Babcock joined the newly formed National Organization of Women. She also remained a committed proponent of birth control and unwavering advocate for peace and social justice, including the effort to outlaw capital punishment in the United States. 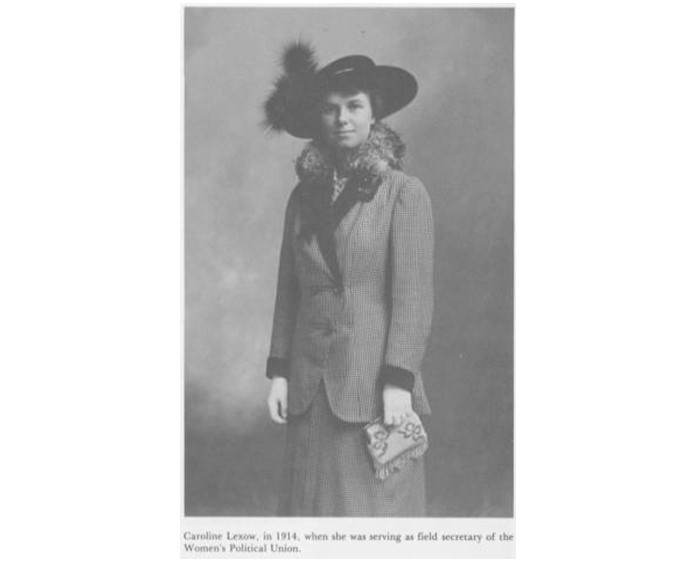