LINK to another sketch about Cora Armstrong Kellam

Cora Armstrong was born in April 1871 near Walnut, Kansas, to Andrew J. and Heloise H. Armstrong. In 1876, the Armstrong family moved to Colfax County, New Mexico, where Andrew Armstrong, a Civil War veteran, was working as a jailer. Cora Armstrong taught in the public schools before marrying a railroad engineer, Arthur Albert Kellam, on November 22, 1897. The couple had one son survive to adulthood, Lloyd Kellam, who was born July 10, 1901. Cora Kellam believed in Christian Science, writing an article for a local paper about the Easter holiday in the religion.

Cora Armstrong Kellam's political career was chronicled in local newspapers throughout New Mexico, beginning as early as April 1896. She was a regular host and attendee of luncheons and rallies concerning suffrage. She was active in local, state and national organizations, and she advocated for women's enfranchisement and new legislation. In 1913, the New Mexico Federation of Women's Clubs convened in Santa Fe, and the Albuquerque Women's Club included Kellam as a delegate and presented a gavel to the state federation. Three years later, Kellam attended the club's convention in Las Vegas, New Mexico, to discuss a juvenile court and delinquency bill formed by Dr. Randolph Cook and the club's legislative committee, which Kellam belonged. She led the discussion for the bill at the convention, and it was endorsed and referred to the state of New Mexico's legislative department. In the same year, Kellam attended a rally for the Congressional Union for Women's Suffrage, the precursor to the National Woman's Party. In 1917, Kellam served as the chair of the State Council of Defense, Auxiliary for Bernalillo County. In this position, she talked to teachers about their war work. Bernalillo County was the first New Mexican district to turn in the full quota of funds for the Red Cross.

Women's suffrage enfranchisement was denied in New Mexico in 1917, but Cora Kellam continued to work for the right to vote. In 1918, a delegation from the Woman's Committee of the Council of National Defense met with President Woodrow Wilson at the White House, and the encounter was described by Inez Irwin in The Story of the Woman's Party. Kellam, the chair of the New Mexico Woman's Party, asked Wilson: "Mr. President, we, women of the West, are growing very restless indeed waiting for the long-delayed passage of the Federal Suffrage Amendment. Won't you help to secure this recognition of citizens? The women of New Mexico and many other States have no redress save through the Federal Amendment. They are eagerly waiting for action on this measure in the Senate. Will you help us?" Wilson promised to "do all I can." In 1919, she attended a New Mexico National Woman's Party luncheon to celebrate the national suffrage amendment. Mary Winsor, a national suffrage lecturer, was the guest of honor, promoting ratification. As the state party's chair, Kellam made a toast to "Uncle Sam's New Citizens."

During the ratification of the Nineteenth Amendment in 1920, Cora Kellam promoted women's rights as citizens, including the right to vote on local issues like school bonds. Kellam was quoted in the Albuquerque Journal, "Exercise the suffrage which you already have and vote by all means at the school bond election. Citizenship is a privilege which becomes a duty, and it is the duty of every woman to vote on school matters. The school is the bulwark against bolshevism." This quote demonstrates how Kellam viewed woman suffrage as a means to inhibit radical left ideology of the time. After the Nineteenth Amendment passed, Cora Kellum continued to advocate in support of women's rights and equality. In September 1923, Governor James Hinkle named her as one of two women delegates to represent New Mexico at the western rights conference in Colorado Springs, Colorado.

A tragic car accident stopped Cora Kellam's activism. The accident happened on August 14, 1928. Cora Kellam's son, Lloyd, was driving a car owned by fellow passenger Helen Ricker. A back tire blew, and the car rolled. Cora Kellam suffered extensive injuries, and she sued Ricker for damages. The court ruled against Kellam, so she appealed but lost again. Newspaper reports describe Kellam as an invalid. Tragedy continued for the Kellam family: Lloyd Kellam died from heart problems on September 21, 1929, in Chicago. Facing extensive medical bills and grieving the loss of his son, Arthur Kellam shot his wife before turning the gun on himself on March 19, 1930, in Santa Fe. The murder-suicide was covered in newspapers throughout the western United States and was largely described as a "suicide pact." Despite these difficult last years, Cora Armstrong Kellam advocated for woman suffrage and women's participation in government both locally in New Mexico and more broadly across the United States. 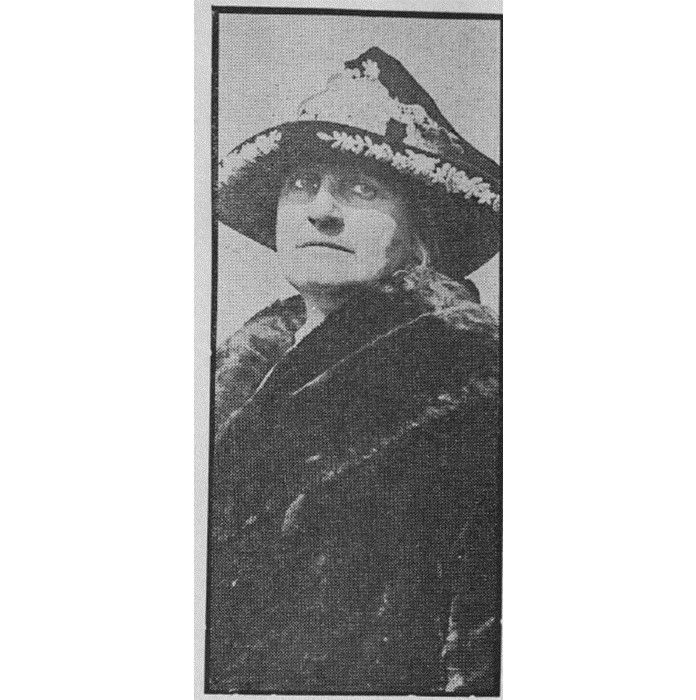