Margarethe Lyman Dwight was born in Berlin, Germany on November 8, 1871. Her parents, Gamaliel Lyman Dwight, a Civil War veteran and Harvard-trained physician, and Ann Ives Carrington, had been married the previous January and were traveling in Berlin, Germany when their daughter was born. Marguerite is a kind of daisy and Dwight went by the nickname Daisy. Gamaliel Dwight was in poor health and was advised by doctors to spend winters in a warmer climate than Rhode Island. He died in the Bahamas in 1875, when she was three years old. In 1882, her mother married William Ames, who had been a high-ranking Union officer in the Civil War and was a prominent manufacturer and member of the Rhode Island House of Representatives. Margarethe L. Dwight was an unmarried wealthy woman who devoted her life to philanthropy and charity.

Dwight descended from several prominent Rhode Island families including the Crawfords, the Allens, the Dorrs, and the Carringtons. A great-great grandfather represented Rhode Island in the Continental Congress during the American Revolution. Her great-grandfather, General Edward Carrington was the American Consul in Canton, China from 1802 to 1810, serving as an agent for American merchants during the Old China Trade era. Another great-grandfather was Sullivan Dorr, who earned his fortune as a shipping merchant; for a time, he was also based in Canton. Thomas Wilson Dorr, son of Sullivan Dorr, and her grand-uncle, was a politician and reformer best known for leading the Dorr Rebellion-a political uprising in 1841 to expand the franchise in Rhode Island. The voting laws in Rhode Island were limited to men who owned land valuing at least $134 and were white, although men from immigrant populations, such as the Irish, were disenfranchised. Women were also excluded. Thomas Dorr was severely punished for his actions, but the Rhode Island General Assembly was nevertheless convinced in 1842 to change the state's constitution and voting rights. The new constitution extended suffrage to all native-born adult males, regardless of race, as long as they paid a poll tax of $1. The constitution retained the property requirement for non-native citizens and it still prohibited women and members of the Narragansett Indian tribe from voting.

Dwight was privately tutored until the age of thirteen in 1884, when her mother founded a private school for girls because she wanted her daughter to be receive a high-quality education. The school began with nine students. Four years after its establishment, the school was named the Lincoln School, in honor of John Larkin Lincoln, a Brown University professor who advocated for women's education and had operated a school for girls in Providence. Dwight remained an active part of the Lincoln School for the rest of her life as a trustee and mentor.

During the Spanish-American war in 1898, Dwight volunteered at Camp Wikoff, a military hospital on Montauk Point on Long Island, where soldiers with yellow fever were quarantined. It is not known exactly how Miss Dwight decided to work at the camp, but Long Island had an active woman suffrage league and many of its members volunteered to care for soldiers at Wikoff. They were joined by volunteers from other organizations such as the Women's Relief Association and the Red Cross. Dwight's experience with this war reportedly inspired her to be a pacifist afterward.

Like her ancestor, Thomas Dorr, Dwight participated in a movement to expand the right to vote. Her earliest reported involvement in the woman suffrage movement in Rhode Island was in 1912. That year the Rhode Island Woman Suffrage Association and the College Equal Suffrage League jointly ran a booth at the Pure Food Fair of the Retail Grocers' Association. This was a prominent event in the community and the suffrage organizations wanted to use it to raise awareness about woman suffrage. Dwight worked at a volunteer at the suffrage booth, helping to distribute material about the organizations and woman suffrage. The History of Woman Suffrage praised Dwight and the other volunteers as "unselfish workers" who did "arduous work" and noted that at the event:

thousands of new members were enrolled, tens of thousands of leaflets were distributed, and publicity work was done. The "suffrage map" was in evidence, showing the many States that had been won, an irrefutable argument against the emanations of the anti-suffrage booth. At no other time and place could so many classes of people be reached.

She worked at the suffrage booth at the Pure Food Fair again at the 1915 event. She assisted at another high-profile suffrage event in 1913. The newly-formed Rhode Island Woman Suffrage Party held a three-day bazaar right before Christmas to raise money and awareness for woman suffrage. Dwight served as one of the principal workers at the sale. Following the ratification of the woman suffrage amendment, she was a member of the Rhode Island United League of Women Voters.

Dwight's suffrage activism was fairly limited. However, she was a leader in Providence charitable work. The Providence Female Charitable Society, the oldest "ladies' aid society" in the United States, according to The Providence Journal, was founded in 1800 for the "relief of indigent women and children." Dwight's family were important members of the prominent society for over a century and she was made a life member by her grandmother when she was one year old. Dwight was the third member of her family to serve as the organization's secretary. She was appointed secretary in 1905 to take the place of her mother, who had died in 1904, and served in the position for over 45 years. In addition to serving as secretary, Dwight's took part in supervising the dispensing of food and financial aid to recipients. She was well-known for her compassion and for her regular practice of visiting poor families and individuals in their homes. The Providence Journal reported that she "was a familiar figure for many years, passing through the city in garb fashionable years ago on errands of mercy." Reverend Arthur E. Wilson, who hosted a radio program as "Parson Pete," said she was known as "the angel of the East Side" by the people she had helped with her charity.

When the state proposed to take over the Dexter Asylum, a "poor farm" in Providence, Dwight spoke out in court urging the judge to not overlook the needs of the residents. She also spoke at many court hearings to advocate for increased smoke abatement. At the time, parts of Providence were heavily polluted by many factories and homes burning coal. They were usually the areas occupied by the working poor. Dwight also served as a council member for the Rhode Island Association for the Blind, a state-run organization that provided education and training to help blind individuals be self-sufficient. Council members volunteered their time, often organizing fundraising events. In the 1930s, she was appointed chairman of the Rhode Island Conference of Baptist Youth.

As an adult, Dwight remained active in the Lincoln School. She served as a trustee for many years and developed close relationships with the students. One former teacher stated, "Lincoln School was founded for her; it was her school; she loved it as long as she lived." Many former teachers and students have testified to her dedication to the school and its students. She ate breakfast each day with the boarding students and on holidays she gave each girl a small gift. On commencement day, Dwight tied each diploma with a bow and tucked in a marguerite daisy. A teacher at the Lincoln School remembered Dwight as a dynamic woman. She described her as "odd" but also "impulsively generous to a fault and actively involved in a wide variety of local, national, and international projects." She continued that Dwight "did not hesitate to speak up on issues with which she was concerned." Dwight was also a close friend of Frances Lucas, who was a headmistress of the Lincoln School and a member of the Rhode Island Woman Suffrage Association.

Dwight used her extensive property holdings to serve the public good as well. In 1916, she donated a piece of land to the city of Providence for the purpose of establishing a garden for the students of the Thayer Street School, an elementary level school. She intended that the garden "to teach [the students] the art of gardening and the love of the green things of the earth." The Thayer Street School was demolished in 1949 by Brown University during a campus expansion. She later donated two large mansions to nonprofit organizations. In 1936, she donated the Carrington House, her childhood home in Providence which dated back to the early 1800s, to the Rhode Island School of Design. In 1956, she deeded the Dorr Mansion, located on the land of the original house and burial site of Roger Williams and her adult home, to the Providence Preservation Society. Both homes had been in her family for over hundred years, were historically and architecturally significant, and filled with impressive furnishings and works of art. She gave them to the organizations to be used as museums for the public.

Dwight died in Providence on June 22, 1962 at the age of 90 and is buried in the Swan Point Cemetery. Her influence and impact on women's rights are still evident in Providence today. The Lincoln School, which was founded for her and for which Dwight served as a trustee until her death, still operates as an independent college-preparatory school for girls from grades one through twelve. In 2018 the school completed a new building for the studies of science, technology, engineering, math, art and architecture. The house that serves as residence for the school's headmistress is known as the "Margarethe Dwight House," Dwight's portrait is displayed at the school, and the school continues rituals involving daisies in her honor. 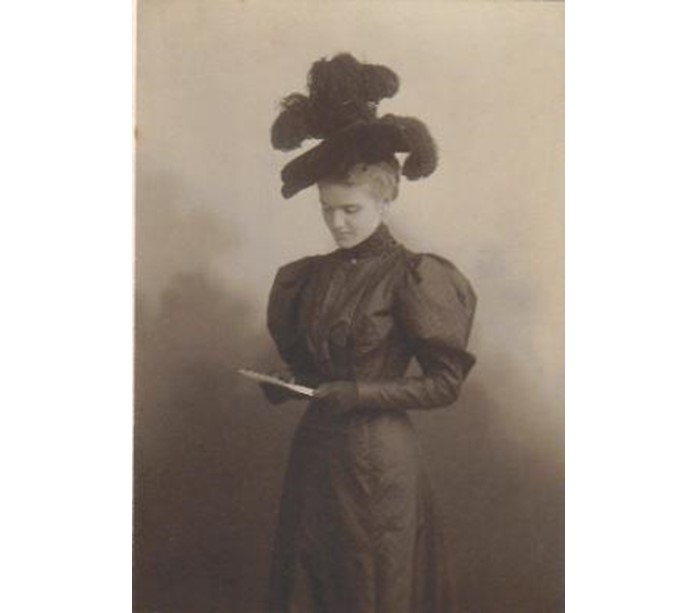 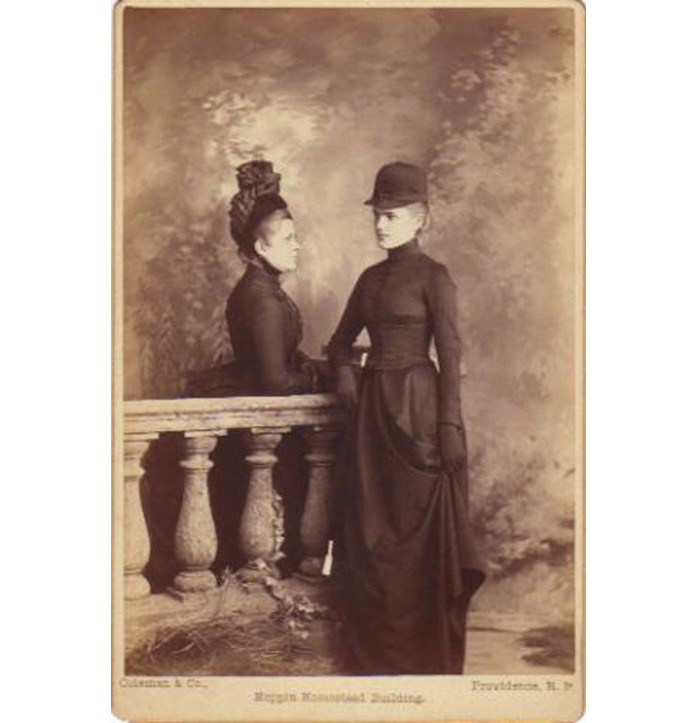 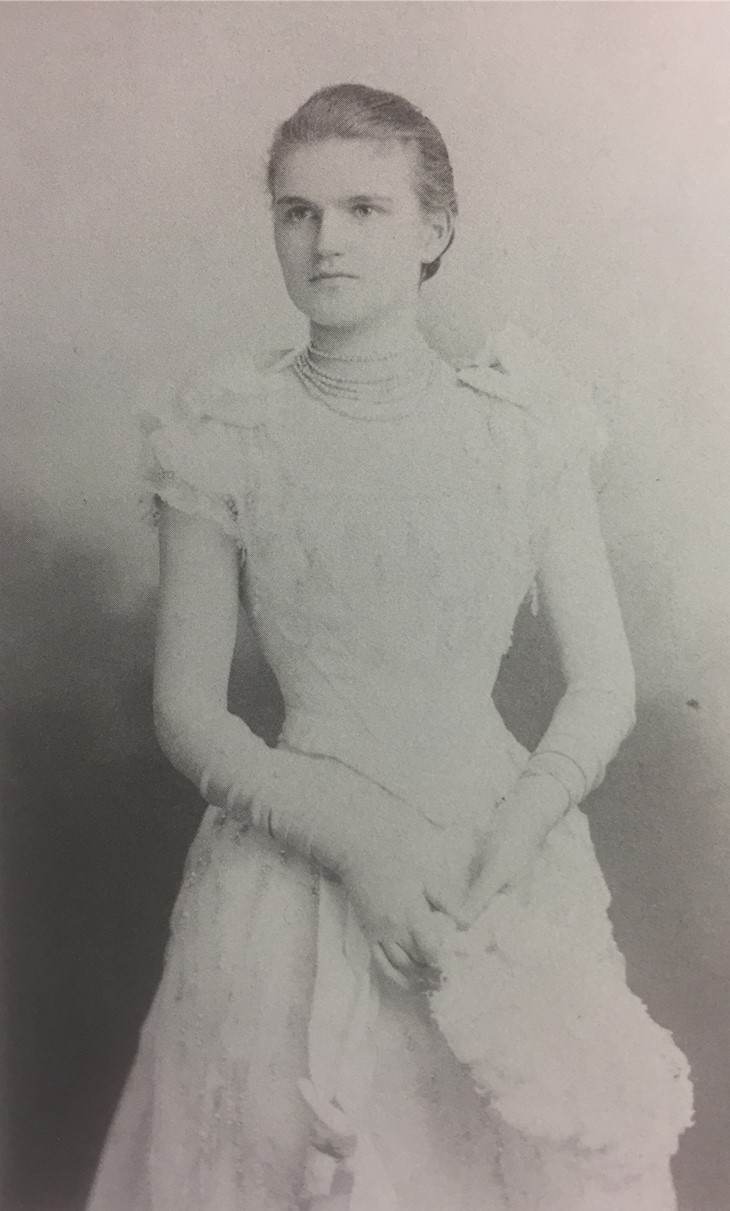 Dorothy Agnew, "A House Fell in His Lap," The Providence Sunday Journal, October 29, 1944.

"You Have to be Born into the Providence Female Charitable Society," The Providence Sunday Journal, April 2, 1950.

Seventy-Seventh Annual Report of the City Auditor Showing the Appropriations, Receipts and Expenditures of the City of Providence, for the Year Ending September 30, 1922, Volume 76 (Providence, RI: Oxford Press, Printers, 1922).