Zina P. Young was born in Salt Lake City, Utah, in the year 1850. She spent her childhood in the Young family's Lion House alongside twenty-nine half-siblings and twelve of her mother's sister wives. Her father was Brigham Young, the second president of the Church of Jesus Christ of Latter-day Saints, and her mother, Zina D. H. Young, was a suffragist and social activist in her own right. Both parents ensured that Zina received an education at home. As a young girl, she enjoyed dance, music, and acting, and began to appear in productions at the Salt Lake Theatre at age thirteen.

After her first husband, Thomas Williams, passed away in 1874, Zina enrolled in Brigham Young Academy (BYA) and subsequently became the college's first Ladies' Matron, or "Dean of Women". She supervised BYA's "domestic science department" for seven years. In 1879, she was selected by LDS Church president John Taylor to attend that year's convention of the National Woman's Suffrage Association. Along with Emmeline B. Wells, Zina traveled to Washington, D.C. to represent Utah Territory at the convention. While in the national capitol, she addressed the U.S. Senate and House Judiciary Committee, urging them not to enact anti-polygamy legislation. Having grown up as the daughter of a plural wife, Zina defended plural marriage as "far more holy and upright and just to womankind than any other order of marriage." Furthermore, she made the acquaintance of Susan B. Anthony, Elizabeth Cady Stanton, and U.S. President Rutherford B. Hayes during her visit. Upon returning to Utah, she shared her experiences in Washington with her fellow Latter-day Saint women.

It was while serving as BYA's Dean of Women that she met and married Charles Ora Card as a plural wife. The couple quickly became a target for U.S. federal marshals enforcing anti-polygamy law. A few years after their marriage, they relocated to Alberta, Canada to establish a Latter-day Saint colony in the north. Zina became the "first lady" of the new settlement of Cardston and, as such, met with visiting politicians, merchants, and journalists frequently. During these meetings, she never hesitated to express her opinions and deliver what her husband called "some rather sharp retorts." The citizens of Cardston saw her as their leader. She became involved in the town's businesses, oversaw the local "dramatics association," delivered speeches, and worked as the community's midwife. She also served as the president of Cardston's chapter of the Young Ladies' Mutual Improvement Association (YLMIA). Zina hosted community events in her home and often invited members of the local Kainai Nation (Blood Tribe) to attend; she also made sure the Kainai children were accepted into the Cardston school. She briefly returned to the U.S. in 1898 to tour the eastern states and speak about her experience as a plural wife. In all situations, she defended her beliefs.

Zina Card divided her time between serving the people of Cardston and caring for her five children. She entertained her sons and daughter by drawing and telling stories. Whether the Card family lived in a tent, a one-room log cabin, or the brick house Zina later had built with her inheritance money, Cardston's "first lady" kept her home clean and peaceful.

Towards the end of her life, Zina moved back to Utah and reentered the field of academia as the matron of LDS Business School. She also served as a member of the General Board of the Primary, the LDS Church's children's organization. In 1909 she became the president of the Daughters of Utah Pioneers, and in 1918 she returned to BYA-which had become Brigham Young University-as a member of its Board of Trustees. She labored in this capacity until her death in 1931. Zina Card left behind a legacy of dedicated leadership as an esteemed social, political, academic, and religious figure. The citizens of Cardston eulogized her as "a sister to every mother and a friend to all." 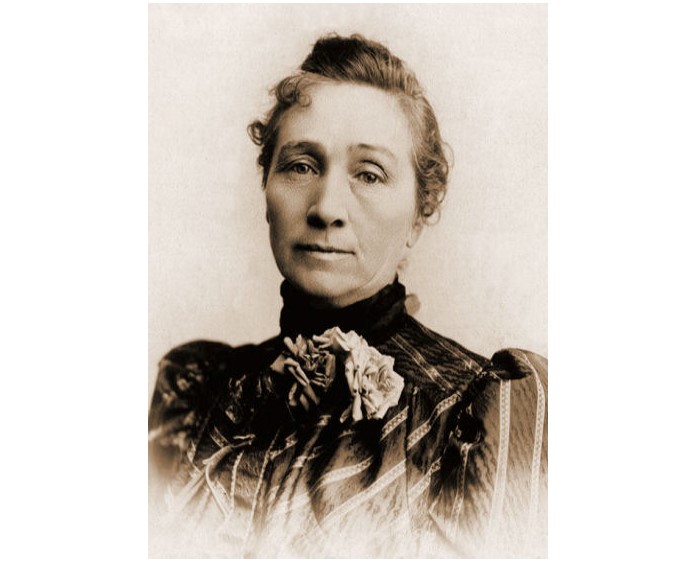