Morna Alma Wood was an American suffragist, educator, and politician who was the fourth woman to serve in the Wyoming State Legislature (1915). She also served as Crook County school superintendent and as assistant dean of women at the University of Wyoming.

Born Morna Alma Cooke on July 16, 1883, in the town of Independence, Iowa, to parents George Neilson Cooke (1856-1931) and Alma Alice (Muffly) Cooke (1858-1950), Wood was the eldest of four children. Her brothers were Vane Ivan (1889-1965), Clair Vivian (1891-1979), and Ralph F. (1898-1977). The family moved to Wyoming in 1885. Morna Alma Cooke attended grade school in Beulah and Alva for four years and then attended high school in Independence for three years before graduating and returning to Wyoming. Morna was only sixteen years old when she taught her first class in Crook County, and she continued teaching for thirteen years before she first ran for office. Studying independently, she achieved a first-grade professional teaching certificate, which was the highest teaching certification in Wyoming at the time.

Morna Cooke married Jay Alden Wood (1872-1910), vice president of Hulett State Bank, on June 19, 1907. According to the Cheyenne State Leader (February 22, 1914), the Wood family was "one of the most substantial of northeastern Wyoming." Morna's brother-in-law, William J. Wood, was a partner in a law and real estate firm and had twice served in the legislature and as a US land office registrar. Jay and Morna Wood had two daughters, Alma Karine (1908-1990) and Mary Elizabeth (1909-1996) before Jay died in an Omaha, Nebraska, hospital in 1910.

In 1912, the widowed Morna Wood was elected superintendent of schools for Crook County, Wyoming. She served in 1913-14. She was a staunch member of the Democratic Party. Her candidacy gained the enthusiastic endorsement of the Crook County Monitor, which declared that "she will make an ideal county superintendent" as she was "one of Crook county's best educators and a lady of sterling worth." Wood succeeded Nettie Truax as superintendent and was living in Sundance when she declared her candidacy for the state legislature in 1914.

In November 1914, Wood became the fourth woman elected to the Wyoming State Legislature, following the election of Mary Godat Bellamy in 1910 and Anna Miller and Nettie Truax (Wood's predecessor as Crook County school superintendent) in 1912. Wood was the only woman to serve in the legislature during its 1915 session. She was succeeded as county school superintendent by Pauline Knoff. As with her previous elected office, Wood ran as a Democrat.

Wood served one term (January-February 1915) in the Wyoming House of Representatives, where she represented Crook County. She chaired the House Committee on Engrossment and served on the committees for Education and Public Libraries, Rules, and Apportionment. Wood sponsored Bill 177 to regulate child labor, including restricting where, when, how, and how long children could work. The bill prohibited employment of children under age fourteen in breweries, saloons, or concert halls or in carrying messages to those places or to any premises used for "immoral purposes," presumably brothels. In addition, Wood's motion and speech on the floor of the House killed a bill aimed at making divorce easier by shortening the required length of residence from twelve months to six months. Contemporaries accounted Wood an effective legislator who respected social norms. The Laramie Republican (January 13, 1915) deemed her "a sunny little woman who promises to be universally popular." When the legislature adjourned for the year in late February, House Speaker James Graham commented that Wood "had exerted a wonderful influence for good order, decorum and the dignity of the whole house."

After her service in the state legislature, Wood enrolled in the State University of Wyoming (now the University of Wyoming) in Laramie. She earned a Bachelor of Arts degree in education, with honors in history, in the summer of 1919. Awarded the Agnes Mathilda Wergeland Scholarship in History, Wood was a "history star" according to her 1917 yearbook entry. Her 1919 yearbook entry concluded with the statement: "I am a suffragist, but let me assure you, not a suffragette." These words suggest her reluctance to be associated with radical suffragists as well as her shift away from social activism following her legislative service in 1915. New York's Irvington Gazette newspaper in 1915 reported that Wyoming newspapers were characterizing Wood as a "sweet modest little woman" whose presence inspired the "flower of chivalry . . . to blossom like a rose."

Notwithstanding her reputation for decorum, Wood was proud of her service. Her 1919 college yearbook entry reminded readers that "much respect is due me from the fact that I was recently a member of the Wyoming State Legislature." Wood ran again for the state legislature in 1916 but lost the Democratic primary that September, winning just one vote out of 361 cast.

Wood served as Assistant Advisor of Women and subsequently as Assistant Dean of Women at the University of Wyoming between 1916 and 1919. On August 9, 1919, Wood married David Hunter Anderson (1874-1964) in Billings, Montana. The Laramie Daily Boomerang described Mr. Anderson as "a wealthy stockman of southern Montana" who had immigrated from Scotland in 1893. According to this newspaper story, the couple had been romantically involved for some time. Wood raised stepdaughter Isabell, from Anderson's first marriage, as well as the two sons she shared with Anderson, Thomas and David. In 1922, the family moved to Yakima Valley in the State of Washington, where Wood taught at the Granger High School from 1926 to 1938.

Although she never again ran for office, Wood remained active in the community throughout her life. She became a congregant at the First Presbyterian Church of Yakima and was a member of the Daughters of the American Revolution, the Daughters of Union Veterans, the American Association of University Women, and the Masonic Order of the Eastern Star.

Morna Wood died at a nursing home in Yakima on June 30, 1963, at the age of 79. She was interred at the Terrace Heights Memorial Park cemetery alongside her second husband, David Anderson. She took his name when they married; her gravestone reads Morna A. Anderson. She was survived by her husband, three brothers, three daughters, and two sons. 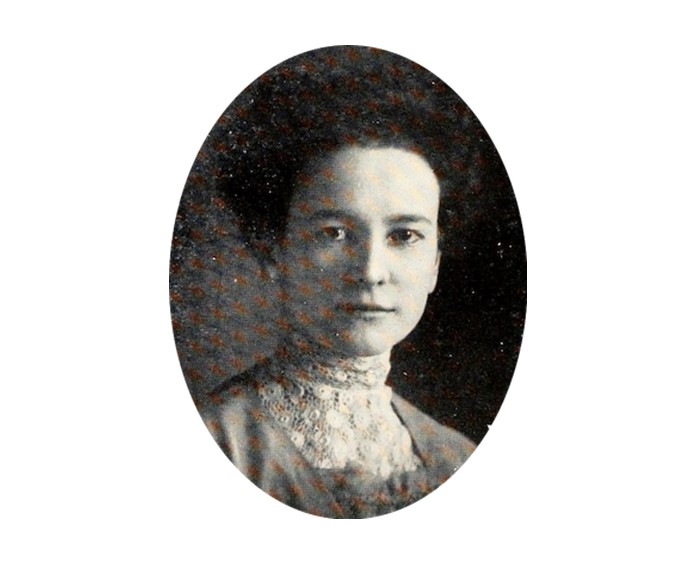