Lily Victoria Hampton was born in Salt Lake City, Utah, on September 18, 1867. Victoria's mother, Helen Emily Huntley Bone -- later Clayton -- was born in Tasmania, Australia and immigrated to the United States in 1860. Ms. Bone was a Mormon convert who settled in Salt Lake City, Utah Territory, and married a prominent Mormon, Brigham Young Hampton, in 1863. Victoria and her older brother William were caught up in the terrible marital troubles of their father and his three wives. Numerous complaints were brought by Helen and Brigham Young against each other within the Mormon religious court system and the civil, secular one; domestic violence was rife in the relationship.

By 1870 the Hamptons were separated, and the two Hampton children lived with their mother and eventual stepfather, mining engineer Joshua Clayton, in Montana, Oregon, and Utah. In the mid-1880s Helen finally secured a divorce, and the family moved permanently to Portland, Oregon. Victoria Hampton returned to Utah and attended the University of Deseret (later the University of Utah), then Willamette Medical College in Oregon. She graduated with her M.D. in 1889 and remained in Portland, where her impressive career began as a physician, chemist, and forensic analyst.

At some point in the late 1880s Dr. Hampton joined the all-female Portland Medical Club, formed by another Oregon suffragist and physician, the indomitable Dr. Esther Pohl Lovejoy. Hampton was a member of the National American Woman Suffrage Association (NAWSA) and its local Oregon chapter, and a confidant of Abigail Scott Duniway, the pivotal suffrage activist in the American West.

According to the 1900 population census, there were about 140 female physicians in Washington, Oregon, and Idaho combined, just under 8 percent of all medical practitioners in those states. Nevertheless, that year Dr. Hampton was appointed head physician of the Portland Board of Health. Dr. Hampton's position was extraordinary -- considering that this time in Oregon, according to author Stewart Holbrook, "was pretty much...a man's world." One of the most notable incidents in Dr. Hampton's pioneering career was also in 1904. That year, a dramatic murder trial of two women by a jilted lover involved Dr. Hampton's forensics work (something she continued to do throughout her career). She was called to the stand then to describe her analysis on human blood and hair found at the crime scene, and "...made a profound sensation on jurors and spectators alike," said a witness. A journalist wrote that "Dr. Victoria Hampton stands at the head of the profession as an expert chemist, and when the testimony of minute chemical analysis is required her authority is unquestioned."

Dr. Hampton became involved in the suffrage fight during Oregon's third effort to win the vote for women, a 1906 statewide ballot amendment. In the lead up to that election, Portland hosted the NAWSA convention and the American Medical Association (AMA) meeting in 1905 -- both events related to the city's world's fair titled the "Lewis and Clark Centennial Exposition." There was significant crossover between physicians and woman suffrage proponents during the events, which took place just two weeks apart, and Dr. Hampton was a part of this heady intersection of political and medical activism. The Portland Medical Club unanimously voted to support the 1906 amendment, and between July and December of 1905, Dr. Hampton participated in circulating petitions to get it on the ballot.

The 1906 effort failed, as did the next two in 1908 and 1910. Unfortunately the historical record does not provide any information on Dr. Hampton's involvement in those two campaigns. In 1912, however, the sixth and finally successful effort to bring the vote to women in Oregon, Dr. Hampton was assisting Duniway with her autobiography as Duniway's health waned (she passed away in 1915). As an admirer and close friend of Duniway, it seems plausible that Dr. Hampton chose to take a back seat after 1906, because the Duniway faction of Oregon's suffrage activists were overtaken by more progressive elements.

Dr. Hampton never married or had children; seemingly devoting her life to groundbreaking work for the public good. She overcame her difficult childhood and chaotic parental relationships to advocate for women's causes in many regards: the vote, health, and within the justice system. Dr. Hampton passed away at her home in Portland on January 27, 1935. 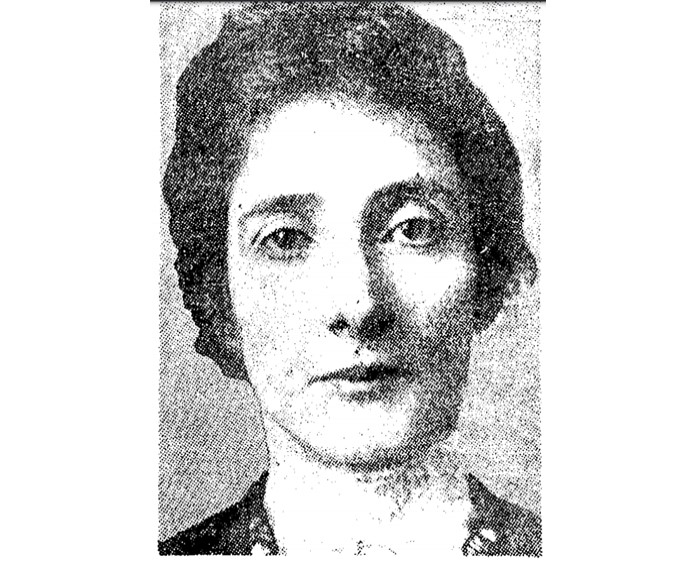