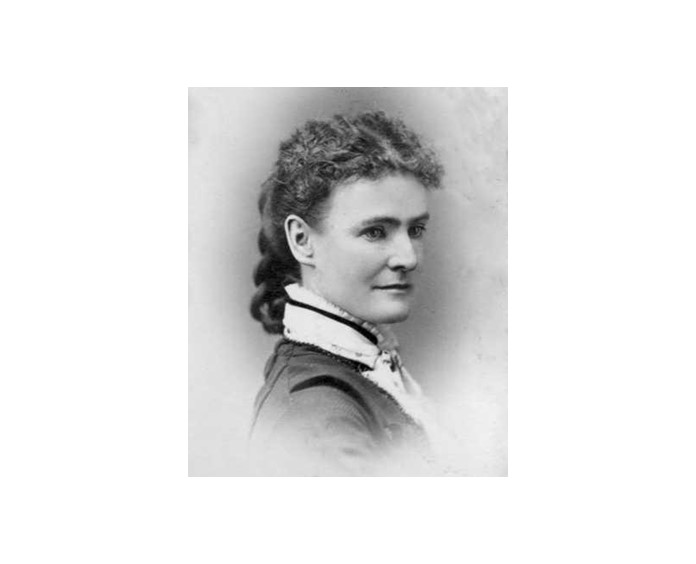 Carolyn "Carrie" Kendall was born in 1851 in Illinois, the youngest of six children born to Nathaniel Kendall, a farmer, and Mary Holmes Kendall. Carrie's siblings included brothers Holmes and Edwin and sisters Julia, Frances, and Mary.

By 1880, Carrie was attending school in Colorado Springs, Colorado and was working as an enumerator for the 1880 United States Census. She married James P. Easterly on February 21, 1881. James was also an Illinois native and was a graduate of Northwestern University; he was in Colorado Springs working as the county school superintendent. The couple lived in Kansas for a time and later settled in Bartlesville, Indian Territory (Oklahoma), where James served as the first Bartlesville public school superintendent from 1903-1905 and later worked as a real estate and insurance agent. The couple had no children.

An active member of Woman's Christian Temperance Union (WCTU) in Oklahoma, Carrie was elected the organization's first president in 1904. The next year, she provided the First Annual Report for the Suffrage Department of the WCTU in Indian Territory. She began her address by saying, "Dear Sisters, who have for your political equals, all the insane, the idiots, the criminals, and the Indians who are about to beat you in the suffrage race, greeting," a reference to the anti-suffrage sentiment in Oklahoma at the time. In 1908 she became a life member in the WCTU. She was active in the Women's Relief Corps of the Grand Army of the Republic, and in 1910, she was elected a representative of American Women's League. She also served as an officer of the Oklahoma Woman Suffrage Association.

Carrie was also a published author of several works of fiction as well as editorial pieces. In 1905, her short story, "The Goose Orchestra," appeared in newspapers nationwide and in the periodical publications Our Young People and The Christian Advocate. Her poem, "When My Ship Comes In," was published in the 1905 collection Gems of Poesy. Commemorating the contributions women were making to the war effort, her poem "The Women of Our Town" appeared in the January 31, 1918 Bartlesville Morning Examiner. Her passionate 1919 letter to the editor of the Bartlesville Morning Examiner advocated for women to continue their united efforts and organization used during the World War I war effort even after the war was over.

Carrie died on November 23, 1932 and is buried alongside her husband in Memorial Park Cemetery in Bartlesville.