Recording Secretary for the National American Woman Suffrage Association & the National League of Woman Voters, President of the White Plains Equal Franchise League, Director of the School of Democracy & the Education Department for the Democratic National Committee, Leader of the Bronx Bourgh League of Women Voters, Manager of The Suffrage School

Justina L. Leavitt was born in 1870 in Stoughton, Wisconsin to Eben James Leavitt and Mary Carpenter. She graduated from the University of Minnesota Normal School and was a Phi Beta Kappa and a member of the sorority Kappa Alpha Theta. After graduation she became president of the alumnae chapter of Kappa Alpha Theta and began her career as an educator in Minnesota. She started out as a school teacher, later becoming an assistant principal and principal for Minnesota schools. In 1895 Justina married Halsey W. Wilson. Shortly after their marriage, the couple co-founded the H. W. Wilson Publishing Company in 1898 and moved to White Plains, New York. She was a member of the civic/patriot groups: Daughters of the American Revolution and the Association of University Women. In 1916, she became secretary for the Board of Trustees of White Plains Public Library and the Westchester Contemporary Club.

Wilson was most active in the suffrage movement between 1913 and 1920, becoming a noted speaker advocating for woman suffrage and president of the White Plains Equal Franchise League. In 1917, she returned to her role as an educator when two suffrage schools were opened in Michigan. The National American Woman's Suffrage Association (NAWSA) sent out national workers to run the schools and among the workers was Justina Leavitt Wilson. She became a manager for one of the suffrage schools. According to Wilson, who was quoted in the Omaha Daily Bee, the schools were opened because "southern men are ready to give women the vote. It is women who are apathetic." She felt she would be providing women education about suffrage and politics by helping with these schools. A 1918 article in Vermont's newspaper, The Bennington Evening Banner, said that Wilson gained the reputation as the leader of suffrage schools because she not only managed the school in Michigan but also traveled to many states giving training and teaching courses on the principles of suffrage.

In 1917 she authored Suffrage Argument: Outline for Speech or Debate, which guided suffragists in writing speeches and defending them. Wilson was very close to the president of NAWSA, Carrie Chapman Catt, and the two women maintained a regular correspondence. Wilson was also part of the Leslie Women's Suffrage Commission created by Catt with funds bequeathed to her by Miriam Florence Follin Leslie.

Justina Leavitt Wilson held many activist roles in her lifetime. In 1918, she was elected recording secretary for the NAWSA. In that same year, according to The Bismarck Tribune, she worked in Delaware canvassing and speaking out against Democratic Senator Saulsburt, who was a strong opponent to the federal suffrage amendment and used his status to sway younger senators to vote with him. Additionally, she worked to convince the Republican candidate Dr. L. H. Ball to vote in favor of the amendment. In an article on the annual convention of the Vermont Equal Suffrage Association, the Burlington Weekly Free Press stated that "Our [suffragist] inspiration and unsurpassable leader has been Mrs. Halsey W. Wilson, the recording secretary of the national association." In 1920, she went on to be elected recording secretary for the National League of Women Voters. In addition to being a woman's suffrage activist, she was also a prominent Democratic Party worker and active in women's organizations on political campaigns. In that same year (1920), she was made national chairman of the women's department of A. Mitchell Palmer's campaign committee. An article from the Indianapolis News, reported that "Mrs. Halsey W. Wilson of Minnesota, at $1,000 a month, proved to be the highest salaried employee on the list."

Following the campaign in 1922, Justina Leavitt Wilson opened a temporary School of Democracy in Akron, Ohio. She trained Ohio women who were to speak for the Democratic Party. She was also appointed director for the National School of Democracy. These schools provided courses in democracy, public speaking, organization and administration to women interested in politics. Wilson served as the director of education for the Democratic National Committee and director for the Victory Vote Drive. She was a member of the Democratic Women's Dry League and became chairman for the Law Enforcement Committee for the Federation of Women's Clubs of New York City.

"To Hold School of Politics for Women Voters." The Ogdensburg Republican-Journal, January 22, 1923. Pg, 4. 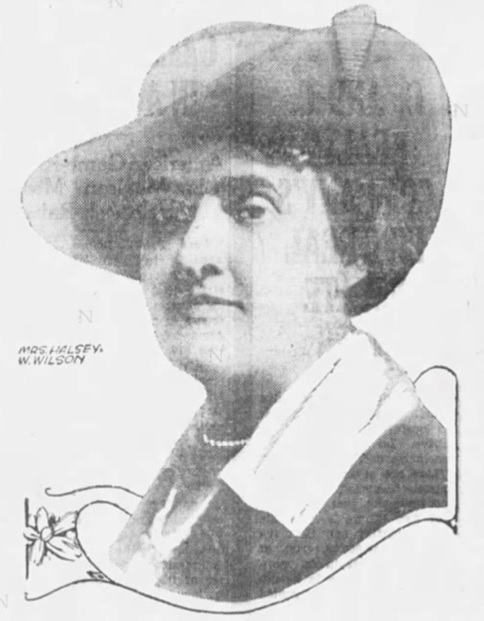 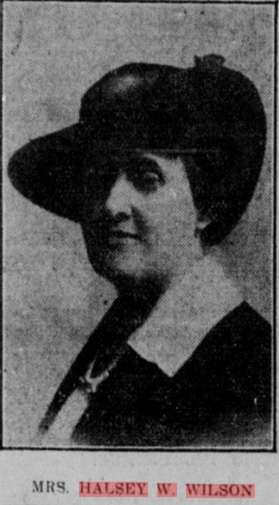