Marion Biegler was born in Minnesota in 1882, the fifth child of Charles Biegler. The family moved to Chicago at some date before 1900 where Charles Biegler, a widower, headed a household that included six children ranging in age from 26 to 13. Charles worked as a real estate agent and three sons were also employed; Marian at 17 was a student.

In 1906 Marion married Charles Emerson Davis in St. Paul, MN and the couple settled in Detroit, her husband's hometown. Emerson worked as the treasurer of a commercial works; the couple had two children by 1910. They continued to live in Detroit through the 1940s. In 1920 Emerson was the assistant manager of a company, in 1930 the treasurer of a chemical works, and in 1940 the president of his company. He was a college graduate and always worked at white-collar jobs. The couple eventually had four children.

Mrs. Emerson Davis is most well known for her strong support of woman suffrage. In 1918 she chaired the Credentials committee for the state equal suffrage convention. She was the chairman and custodian who directed a major petition campaign in Michigan in 1918 that received over 202,000 signatures. This was the largest suffrage petition recorded in the state of Michigan up to this date. She continued to work for woman suffrage and attended the statewide suffrage convention in April 1919.

Marion Davis passed away in Detroit in 1949. 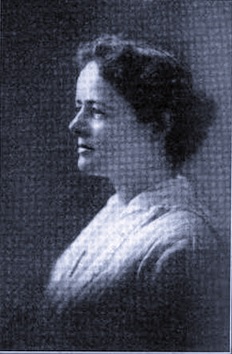