Helena Suzanne Bidwell, commonly known as Lena, was born on March 17, 1863, in California to Calvin L. Bidwell and Mary A. Gratton Bidwell. The youngest of four children, she graduated from Stockton High School in 1881 and was an accomplished artist. On April 25, 1898, Lena married Frederick Otto Norton in Stockton. The Nortons settled in Reno and built a large home on Ralston Street around 1901. Fred Norton was a successful miner, and the Nortons owned several parcels of real estate in the Reno area. They were quite wealthy.

As a prominent Reno resident, Lena was socially engaged and belonged to several Reno organizations, including the prestigious Twentieth Century Club. She presided over that club in the critical suffrage year of 1913-1914 and again in 1922-23. In 1912, she was appointed to the newly organized Nevada Equal Franchise Society's Executive Committee, a "band of brainy and capable women" who actively promoted the suffrage cause throughout Reno during the 1914 campaign. She hosted many suffrage events at her large home that year, including a September tea in honor of visiting national suffrage advocate, Laura Craig Cannon. She also housed two of Nevada's most prominent suffragists, Bird Wilson and Edith West, who had traveled to Reno in September 1914 to attend the annual meeting of the Nevada Federation of Women's Clubs. Lena's husband supported her political interests, most notably by driving the elaborate, horse-drawn suffrage float in a Reno parade in July 1914.

After Nevada women won the right to vote in 1914, Lena continued her advocacy for national woman suffrage. In 1916, she was chosen as Vice-Chair of the Washoe County District of the Nevada Branch of the National Woman's Party. In that capacity, she was the closing speaker when U.S. Presidential candidate, Charles Evans Hughes, and his wife, Antoinette Carter Hughes, visited Reno that year. Her speech, as recorded in one of the local newspapers, clearly stated her position on suffrage:

Gov. Hughes, I am a Democrat by tradition and I never expected to see the day when I would be congratulating any Republican presidential candidate for anything whatsoever, but I find that I am a woman first, and I would not feel myself to be true to my principles and convictions if I did not use this opportunity to congratulate you for the splendid stand you have taken upon the Susan B. Anthony amendment.

Loyalty to women comes first with me, party affiliation second. I believe this is the point of view that all thoughtful women will take when they understand the situation fully.

We appreciate the privilege of being able to vote and we want all women to have that same privilege and to have it soon. Again I thank you, Gov. Hughes for the stand you have taken and in the name of the Woman's party I wish you a safe and happy journey. It is a pleasure to meet you and we hope to meet you again.

Two years later, in August 1918, the Norton lawn was the site of a campaign rally and first Reno precinct meeting on behalf of Anne Martin, the first Nevada woman to run for the U.S. Senate. The event's featured speaker was Miss Margaret Whittemore of the National Woman's Party. 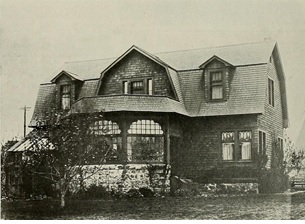 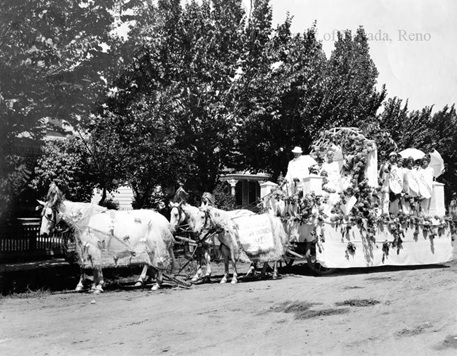 Sara Bard Field, "The Clash in Nevada: A History of Woman's Fight for Enfranchisement," Out West, August 1914

"One of Nevada's Beautiful Homes," The Woman Citizen, November 1912.