Florence Rena Sabin was born on November 9th, 1871 in Central City, Colorado to Serena and George Sabin. Serena was a teacher and George was a coal miner. Florence had one older sister named Mary. Both Mary and Florence attended Smith College in Northampton, Massachusetts. During her time at Smith College, Florence was most fascinated with her science classes and wanted to continue to medical school. After graduating from Smith in 1893, she worked as a high school science teacher in Colorado to save money.

Florence was admitted to Johns Hopkins Medical School in 1896 and moved to Baltimore, Maryland. She was one of fourteen women in her class. The medical school was established in 1893, thanks to funding from a group of influential and wealthy women. As a condition for receiving the funds, the donors required that women were to be admitted on the same basis as men. This condition is essentially what enabled Florence to attend medical school. After graduation in 1900, Dr. Sabin was an intern at Johns Hopkins Medical Hospital for one year. During her internship in 1901, she published her first book, An Atlas of the Medulla and the Midbrain. This publication launched her research career. After the internship, Dr. Sabin was a fellow under Dr. Franklin Mall at Johns Hopkins Medical Hospital. This fellowship was made possible by funding from the Baltimore Association for the Promotion of University Education for Women. Once again, it was support from women that helped Dr. Sabin grow in her career and pave the way for women in scientific fields.

In 1902, after her fellowship, Dr. Sabin was offered an assistant instructor position at Johns Hopkins. This assistant instructor position turned into a faculty position in the anatomy department when Dr. Sabin was promoted to associate professor in 1905. Dr. Sabin also taught in the embryology and histology departments. Her main research focus was on the lymphatic system and embryology. By 1917, Dr. Sabin was promoted again to full professor. She was a professor of histology and the first woman to ever be a full professor at Johns Hopkins. Later in 1925, she was also the first woman to be elected to the National Academy of Science.

As a pioneer for women in the medical field, Dr. Sabin contributed to the women's movement indirectly. Her achievements are her main contribution. Dr. Sabin provided an example of what women can achieve. During the suffrage movement, women's groups sought her out and invited her to events since she was a successful "woman of science." Dr. Sabin's name appears on guest lists for events put on by Maryland's mainstream suffrage organizations including the Maryland Women's Suffrage Association, the Just Government League of Maryland, and the Baltimore Women's Suffrage Association. These organizations were all affiliates of the National American Woman Suffrage Association.

Dr. Sabin did play a more active role in the women's movement, helping found the Wage-Earners Suffrage League in 1909. She served as the corresponding secretary. The Just Government League of Maryland formed this group to expand their reach and gain support from working-class women and unions. Dr. Sabin was active with the Just Government League of Maryland, she marched in a women's suffrage parade in New York City in 1911 as a representative for this organization. She also served as a contributing editor for their suffrage publication, Maryland Suffrage News. On a more local scale, within Baltimore, Dr. Sabin was involved with the Baltimore Women's Suffrage Association and would do public speaking engagements for them. Another facet of Dr. Sabin's direct involvement with the women's movement was within the medical field. She donated her time and energy to improving the lives of women. Between 1900 and 1910, Dr. Sabin volunteered at the Evening Dispensary for Working Women and Children. This Baltimore clinic provided medicine, medical treatment and education to women with low socioeconomic backgrounds.

Most of Dr. Sabin's direct involvement with the women's movement took place before the ratification of the 19th amendment, while she was faculty at Johns Hopkins. Dr. Sabin's career would next move to New York City. She was offered to head up the Rockefeller Institute for Medical Research's new Department of Cellular Studies. From 1925-1938, Dr. Sabin studied the role of white blood cells in fighting disease and infection along with studying tuberculosis. During her time in New York City, there is little evidence of active involvement in the mainstream women's movement. However, Dr. Sabin still had indirect involvement, being a pioneering woman in her field. Dr. Sabin received recognition from multiple women's groups for her achievements in the realms of science. She was named as one of the twelve greatest living women by the League of Women's Voters in 1923. In 1928 she won the $5,000 Pictorial Review Achievement Award. The Pictorial Review was a women's magazine, that presented an annual award to a woman who has made the most distinctive contribution to American life in the past 10 years. Also, in 1935, Dr. Sabin was named one of the ten most prominent American women by Carrie Chapman Catt.

Dr. Sabin retired from the Rockefeller Institute in 1938 and moved back to Colorado, her home state. Dr. Sabin was appointed as the head of the Committee of Health by Colorado's governor in 1944 and essentially launched a third career as a public health crusader for the state. Among other diseases, tuberculosis was a major problem in Colorado, Dr. Sabin's X-Ray and education program helped reduce the state's tuberculosis rate by 50 percent. Dr. Sabin conducted health surveys across the state and called for an overhaul of Colorado's healthcare system. She introduced six bills to Colorado state legislature and four of her "Sabin Laws" were passed. These pushed for updated facilities and systems along with cleaner water and more education for citizens and medical health professionals. After her second retirement, Dr. Sabin spent much of her time taking care of her sister Mary. Dr. Sabin passed away on October 3, 1953 at the age of 81. She is buried in Fairmount Cemetery in Denver, Colorado. Dr. Sabin's' legacy is very much recognized by the State of Colorado. In 1959 the state had a statue of Dr. Sabin placed in Statuary Hall at the United States Capitol. 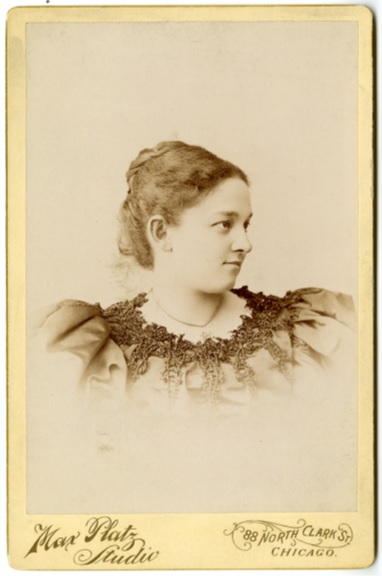