Isabella Pratt Hunnewell was born in Needham, MA in 1849 to Hollis and Isabella Hunnewell. In the 1870 census for Needham, Hollis Hunnewell was listed as a "farmer:" with real estate valued at $800,000 and personal estate of $500,000. The household included 21-year old Isabella as the sixth of eight Hollis children still living at home. The household also included six foreign-born domestic servants.

Isabella grew up in what was known as the H.H. Hunnewell Estate. Her father is described as a "successful railroad financier and businessman, landscape designer and horticulturalist." The property included an Italian Garden, a topiary garden and a large conservatory.

In 1875, Isabella married Robert Gould Shaw, cousin of the more famous RGS who commanded the 54th Massachusetts Black regiment and died at Fort Wagner during the Civil War. In 1880 the couple, still living in Needham, had three children, ages 3, 2, and 1. Robert was an architect. By 1900 the Shaw household, now residing in Wellesley, included 5 children and 4 live-in servants. Robert was listed as a printer at this date. By 1910 the family had moved into Boston, where Robert worked as a lawyer. Five adult children, all unmarried, lived at home and seven foreign-born servants maintained the household.

In 1920, the couple were living on Beacon Street in Brookline, with one remaining adult child at home and two Irish servants. Robert Gould Shaw, at 69, was retired and 42-year old, Robert Gould Shaw, Jr., worked as the assistant treasurer of the Beacon Trust Company.

The History of Woman Suffrage, vol. 6, notes the contributions of Mrs. Robert Gould Shaw to the movement. In 1914 she served as president of the Equal Franchise Committee of the Massachusetts College Equal Suffrage League. She was also said to have been a financial contributor to the movement. In May 1915 a newspaper account notes that Shaws hosted a fundraiser for the Massachusetts Woman Suffrage Association at their Wellesley estate, "The Pines."

When President Woodrow Wilson returned from the Versailles Peace Conference in February 1919, demonstrators from the National Woman's Party (NWP) in Boston planned to greet him. Stores were to close for two hours and a parade as planned to greet the President, who would then give an address in Mechanic's Hall. The Equal Suffrage Association for Good Government, whose president was Isabella Pratt Shaw, formally protested the NWP militants' planned demonstration and offered "hearty cooperation to the Mayor's committee in extending a welcome to President Wilson." The Equal Suffrage Association opposed the idea of an "unfriendly demonstration," and added, "The National Woman's Party has no connection whatever with the great body of organized suffragists of the United States." Isabella Pratt Shaw was included among the honorees.

In October 1922, Mrs. Shaw endorsed John A. Nicholls's independent candidacy for the United States Senate. Mrs. Shaw listed herself as an Independent in a newspaper advertisement. Nicholls tallied just under 3 percent of the votes in the November 1922 election.

Isabella Shaw passed away in May 1934 at her residence in Wellesley. She was buried in Mount Auburn Cemetery in Cambridge, MA. Her estate was valued at $975,000 to be divided equally among her four living children. The Wellesley estate was sold by the family to Wellesley College in the 1970s and was added to the National Register of Historic Places in 1988. 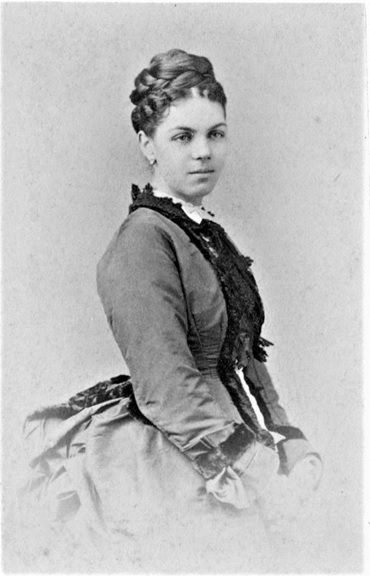