Anna C. Waterman was born in 1866 in Illinois. Her mother, Jane Waterman, was from Canada, and her father from New York. She married Irving Murray Scott, Jr. in San Diego in 1891. Irving Murray Scott was an ironmaster and mechanical engineer, and became one of the leading ship builders on the West Coast, as superintendent, then partner, of Union Iron Works in San Francisco. He was a prominent Republican and a Park Commissioner in San Francisco, even considered for state political appointments. The 1910 census for Berkeley recorded that the couple had been married for 18 years, had no children, and lived with Anna's sister and widowed mother in Berkeley. In 1920 the couple and Helen Waterman continued to reside together.

Anna Scott was a leader in the social community. Anna was commonly referred to as Mrs. Irving Murray Scott, due to her husband's social status within the Bay Area. Mrs. Scott became actively involved in a host of reform activities, including the founding of the Pacific Dispensary for Women and Children (later became known as the Children's Hospital in San Francisco) in 1875. This became one of the largest hospitals for women and children patients and was governed by a board of women. Mrs. Scott was on the Auxiliary Committee and Advisory Council of Woman's Congress Association of the Pacific Coast (founded in 1894), she helped found and served as the first president of Sorosis Club of California between 1894-96.

She also was an active suffragist, becoming a life member of National American Woman Suffrage Association. In 1911 she served on an advisory committee that oversaw the campaign that led to success for women’s suffrage in the October statewide referendum. In 1915 she was a member of the Woman’s Board of the Panama-Pacific International Exposition held in San Francisco.

Anna Scott passed away in January 1950 in Alameda County. 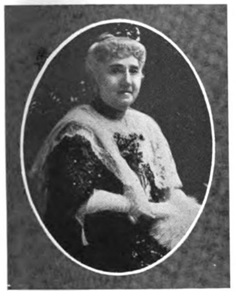 Source: Louis S. Lyons, ed. Who's Who Among the Women of California (San Francisco: Security Publishing, 1922): 73

Lyons, Louis S. ed. Who's Who Among the Women of California. San Francisco: Security Publishing, 1922, 73

Simpson, Anna Pratt, Problems Women Solved: Being the Story of the Woman's Board of the Panama-Pacific International Exposition (San Francisco: The Woman's Board, 1915).