Elizabeth Hannah Williams was born on Sept. 16, 1858 in Kaysville (Davis County), Utah. She was active in the Mormon church and sang in the choir, often as a soloist. She worked as a teacher and served as the treasurer of the first Young Ladies' Retrenchment Association (later renamed the Young Women's Mutual Improvement Association) in Kaysville. She married Christopher Layton in Salt Lake City. In 1883, she and her husband (then named president of the St. Joseph Stake (a stake is composed of at least five or more congregations) were sent by the Church of the Latter Day Saints to the Arizona Territory. They first settled in St. David (headquarters of the St. Joseph Stake) but later moved to Thatcher, Arizona when it was designated as the new headquarters. There, along with church duties, they raised nine children and farmed and operated several businesses including a grist mill, an ice plant, creamery and a general store.

Until women won the vote in Arizona, Elizabeth Layton was actively involved in suffrage events as documented in several newspaper articles. In February 1901, an Arizona Republican article noted that Mrs. Elizabeth Layton was a "member in action" as one of several suffragists to travel to Phoenix to attend a session of the territorial Equal Rights Association and to engage with legislators on suffrage matters. In August of that year, a Graham Guardian newspaper article announced that Mrs. Elizabeth Layton was hosting one of the monthly meetings of the Equal Rights Association with an evening of speeches, recitations and music. Later, in an August 31, 1912 article in The Oasis, she is noted as being prominently identified with the Arizona suffrage movement.

Elizabeth also held several prominent positions at various times in Thatcher. She was appointed as the first postmaster from 1888-1891 and was reappointed from 1907-1917 by President Theodore Roosevelt. She was secretary of the Union and Montezuma Canal Companies that brought irrigation and farming to the area. She was president of the Relief Society of St. Joseph Stake and was a stockholder and president of the Citizen's Bank of Thatcher.

After a lifetime of leadership and service, she died in Roseville, California (at a daughter's home) on Aug 9, 1945 and is buried in Thatcher Cemetery. 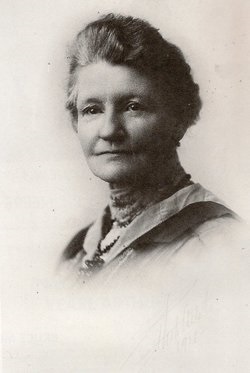