Emma Evans was born in Payson, Illinois, one of seven children born to Israel Evans and Mary Beck Evans, who, after their baptism in 1833, became early members of the Church of Jesus Christ of Latter-day Saints. After her mother's death in 1841, Emma's father moved his family to Nauvoo where Joseph Smith, Jr., had established a Mormon colony. After the violence that engulfed the community and killed their leader Smith in 1844, the Evans family relocated to Lehi, Utah, where Israel eventually took six plural wives.

At age sixteen, Emma married Prime T. Coleman, a farmer from England. Eleven years later Prime took a second wife, Elizabeth, a widow with five children. Plural marriage was a controversial issue but was not outlawed by Congress until 1882. Non-Mormons decried it, along with slavery, as one of the twin relics of barbarism. But Mormons like Prime Coleman often took plural wives because there were so many widows in the church, like Elizabeth, who could not raise a large family alone.

In the 1870s, the Coleman family was called to colonize Mormon settlements beyond Utah, which the LDS church described as a mission to "help civilize the Indians and settle up the barren south." Prime Coleman was placed in charge of the church herd of cattle and moved to Spring Valley, near Pioche, Nevada. In 1880 his family was uprooted again by church directive, to Alpine, Apache County, in the White Mountains of eastern Arizona. During those years Emma Coleman raised her four children, and when sister wife Elizabeth died, assumed responsibility for raising her six children. She also found time to become a prominent member of her community, serving as president of the local Relief Society--a female charitable and educational organization within the LDS church--a Sunday school teacher, and the author of numerous poems. Her reform work and poetry were often featured in the Woman's Exponent, an LDS publication edited by Emmeline Wells, a leading voice for woman suffrage in the Mormon community.

The LDS church supported prohibition--a cornerstone of the moderate wing of the woman suffrage movement--as well as votes for women, but their practice of plural marriage became a lightning rod for non-Mormon suffrage leaders who associated with them. During the 1870s and 1880s in Arizona, Mormons were harassed as "un-American," and males who practiced polygamy were stripped of voting rights and sent to prison. Arizona politicians feared giving women the vote because it would increase the Mormon vote. Territorial suffrage leader Josephine Brawley Hughes [LINK to Hughes bio sketch], a Tucson teacher and editor of a prominent newspaper, was a leader in the anti-Mormon crusade. The torrent of abuse and persecution forced many LDS families to move either out of the country to Mexico or, as in the case of the Colemans, to Graham County in Arizona, where anti-Mormon sentiment was muted. Détente was finally reached in 1890 when the Mormon church officially denounced plural marriage.

From her new home in Thatcher, an LDS community in Graham County, Emma Coleman took up the suffrage cause, becoming the first official member of the National American Woman Suffrage Association (formed in 1890) from Arizona. In 1896, Josephine Brawley Hughes overcame her prior animosity towards the Mormon population and, along with NAWSA organizer Laura Johns of Kansas, held the first formal suffrage meeting in Graham County in the town of Safford, home to a mix of Latter-day Saints and Gentiles. That same year Emma Coleman founded the Equal Rights Club of Thatcher and became an "enthusiastic worker in the cause of equal rights." Coleman represented the many conservative LDS supporters in Arizona who believed that suffrage would not "deteriorate in the slightest degree either a woman's femininity or her efficiency as a home maker and mother."

When Frances Willard Munds--who, as a young woman had taught among Mormons in Arizona and believed them to be "serious, hard-working, economical people"--became a leader of the state suffrage movement, she welcomed LDS women like Emma Coleman into the suffrage tent. In 1903 Coleman was named a delegate to the Arizona Equal Suffrage Association convention in Phoenix, and in 1910 she became a member of the Arizona Equal Suffrage Association central committee, tasked with lobbying prominent male politicians for the cause. She hosted NAWSA organizer Laura Gregg Cannon in her home when she made a swing through eastern Arizona in the winter of 1909-1910 speaking to Mormon communities.

Coleman and other members of the Thatcher Equal Suffrage Club attended both the Democratic and Republican conventions in Phoenix in 1910, trying, unsuccessfully, to gain an equal suffrage plank in their platforms. She also attended the constitutional convention that year in another unsuccessful attempt to convince delegates to include women as voters in the new state constitution. A biography of Coleman noted that although she was "many times defeated, she has never, at any time, lost hope, but has continually held to the time honored motto: 'it is right, and right will prevail.'"

In the summer of 1912, Coleman canvassed voters in Graham County, collecting the necessary signatures needed to amend the state constitution to allow women the vote, an effort that finally succeeded. That summer she also nursed victims of a typhoid fever epidemic in Graham county and continued to serve on her stake's Religion class board and as a Sunday school teacher. She registered to vote for the first time shortly before her death in 1913. 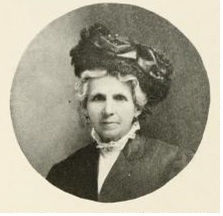