Historian James H. McClintock wrote that "the woman suffrage idea in Arizona rather had its inception in the prohibition movement, with the understanding that women would knock out the Demon Rum were she given the ballot." No one in the state was more dedicated to knocking out Demon Rum than Florence Imogene Hanscom LaChance.

Born in Sheboygan, Wisconsin, in 1853, Florence lost her father, a well-to-do merchant, when she was only seven years old. Her mother married a principal at a local school who impressed upon Florence the importance of education. After obtaining her teaching licensing, she taught school for three years before marrying Leandre LaChance in 1871, a local merchant born in Quebec, Canada. Both were active members of the local Good Templars temperance organization. A son and daughter were born in Wisconsin, and a third child, a daughter, was born after the couple moved to Chicago in 1881.

After her arrival in Chicago LaChance continued her involvement in prohibition through the Woman's Christian Temperance Union, working closely with the leader of that organization, Frances Willard. Like many women of her era, Florence blamed alcohol consumption for domestic abuse and financial ruin, and viewed voting as a tool for women to protect their families. When the LaChance family moved back to Wisconsin in 1887, she took the skills learned from Willard in Chicago and organized local temperance legions and served as president of the Merrill, Wisconsin, WCTU.

In 1895 the family moved to Phoenix, perhaps because Leandre was in failing health. At a time when no cure was available for many respiratory diseases, health seekers flocked to the arid Southwest for relief. He took a position as steward of the Arizona Insane Asylum and later became manager of one of the largest local grocery stores, but was often in such poor health that Florence was forced to take a position as matron at the women's dormitories at the University of Arizona, where her youngest daughter was a student.

In Arizona LaChance continued her temperance work. Arizona's first WCTU club was founded in 1883 by Mrs. Clarence Clendenning at Fort Whipple in northern Arizona. The following year, Frances Willard, the national president, came to the territory to organize additional temperance clubs at the request of Josephine Brawley Hughes of Tucson. When Hughes realized that male politicians refused to pass temperance legislation because women lacked the vote, she established the territory's first suffrage organization, bringing many WCTU members into the fold.

By the time Florence LaChance arrived in Arizona, the WCTU had achieved a formidable presence, with clubs in most major towns. Five years later, LaChance became president of the territorial WCTU, a post she held for almost three decades. In 1901, under pressure from LaChance's WCTU, the legislature passed the first local option law which gave voters the tools to close saloons in their communities. Progress was uneven, with most urbans areas remaining "wet," but small communities dominated by Mormon residents voting to go "dry."

In 1909, when congressional action allowed Arizona to take the first steps toward statehood, LaChance saw an opportunity to advance temperance by partnering with the suffrage movement, then led by Frances Willard Munds and Pauline O'Neill. LaChance, Munds, and O'Neill began a coordinated campaign described by historian McClintock as "a holy crusade." She arranged for national suffrage organizers like Laura Clay and Laura Gregg Cannon to speak to her members. After losing her husband in 1910, LaChance viewed "votes for women" not only as the means to outlawing liquor, but also as a right that all taxpayers should possess.

After suffrage was won in 1912, LaChance registered to vote and served as an election judge. But her most important victory came when she joined forces in 1914 with the state Anti-Saloon League, progressives, and the Mormon church to pass a law outlawing all liquor sales and consumption in Arizona. Newly enfranchised women were a significant factor in that victory, according to political scientist David Berman. With victory complete at home, LaChance continued the prohibition and suffrage battles in other states until the 18th and 19th amendments were passed.

LaChance stepped down as president of the Arizona WCTU in 1921 but continued to serve as an officer as the organization pursued anti-tobacco campaigns. In the 1930s, though in failing health, LaChance became state chair of the Frances Willard Memorial campaign, organizing a memorial service in Phoenix where she shared her personal reminiscences of the "early struggles and triumphs of the noted dry leader." In 1938, LaChance passed away while visiting her daughter in San Diego. 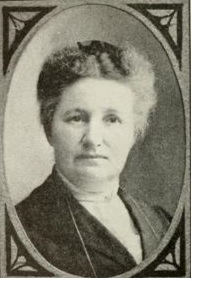